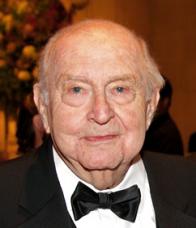 Paul Berger ’57 was honored with the Judge Edward Weinfeld Award at the annual Weinfeld Gala, held October 1 at the Metropolitan Museum of Art's spectacular Temple of Dendur. The award, established in memory of Edward Weinfeld ’21, LLM ’24, who was president of the Law School’s board of trustees from 1973-1988, recognizes the professional distinction of alumni who graduated from the Law School 50 years ago or more.

“For over 50 years, Paul has been an outspoken leader and tireless ambassador for this institution’s principles,” said Dean Trevor Morrison. “In addition to his rich and varied accomplishments in private practice, Paul has maintained vital connections to our friends and alumni in one of our most important regions, his hometown of Washington, D.C.”

Berger, a retired senior partner at Arnold & Porter in Washington, DC, has represented a wide variety of foreign and domestic governments, corporations, partnerships, and other business entities, labor organizations, and tax-exempt organizations, including trade associations. Widely experienced in the planning of transactions, financing, adversary proceedings, and legislative and regulatory matters, Berger also practices in the areas of international finance, government relations, privatization, pension and welfare reform legislation, estate planning, and estate administration. Berger, who was a legal advisor to the Israeli embassy in Washington for four decades, is also known for his advocacy for the Jewish community both at home and abroad.

The honoree's achievements and his committment to the Law School were also underscored by Vice Dean Jeannie Forrest. "Paul is a champion of this institution and a reflection of the spirit of Judge Weinfeld and the best in everyone here.”

View our Facebook photo gallery from the 2013 Weinfeld Gala.