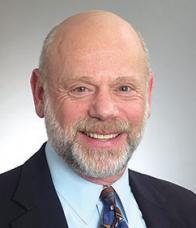 An employment litigator with a long list of successful trial wins on behalf of employers, Victor Schachter ’67, a partner and co-chair of employment practices at Fenwick & West, has lately been getting attention for his work in alternative dispute resolution, or ADR.

As a young lawyer working for the National Labor Relations Board in the late 1960s, Schachter saw firsthand how effective mediation could be in resolving labor conflicts. Before workers can strike, they’re often required by federal law to take part in mediation and conciliation services. “I had a very early, meaningful introduction, especially when there were impasses in negotiations on union contracts and bargaining, to the use of mediation,” Schachter says.

Because of its frequent use in labor law, mediation became cemented in Schachter’s professional DNA, even as he transitioned to a successful private practice in litigation and eventually joined Fenwick in 2000. “Certain cases require litigation but there are more cases where people come in with an earnest desire to resolve the business problem,” Schachter says. “Clients used to call up and ask, ‘Who is the most aggressive bulldog you can get to kill the other side?’ Now it’s ‘Who’s knowledgeable about mediation, and can we get this resolved in an efficient and mutually acceptable way?’”

While his ADR expertise in part allowed him to become a rainmaker for his firm, it also drew Schachter to India, Kosovo, Turkey, and other countries, where he is applying his prodigious legal skills to resolve inefficiencies in their judicial systems. The demand for his work is so great that in 2012, he formally established the Foundation for Sustainable Rule of Law Initiatives (FSRLI).

Ten years earlier, when a delegation of Malaysian judges toured the federal courts in San Francisco seeking management techniques for their caseloads back home, Schachter filled in for a colleague at the last minute and gave a talk. His experience and rapport with the foreign judges caught the eye of another professional in attendance: the executive director of the Institute for the Study and Development of Legal Systems (ISDLS), a group that conducted international legal reform.

Schachter was asked by ISDLS a week later if he would be willing to travel to Brazil to help provide greater access to justice through mediation. He ended up loving the experience so much he continued to volunteer.

One of FSRLI's biggest host countries is India. In 2005, the chief justice there enlisted Schachter to help reform a system with an unbelievable 32 million backlogged cases. To Schachter, this wasn’t just a case-management crisis but rather a denial of the human rights of those who might wait decades for their property disputes or divorces to be processed and settled.

Starting with one of the largest courthouses in Asia, Tis Hazari in New Delhi, Schachter, who has a black belt in karate and prides himself on his focus and discipline, began training mediators and judges and assisting in the formation of a court-annexed mediation program.

His efforts paid off. After seeing the success at Tis Hazari, other Indian states enlisted Schachter to help institute mediation centers. Since his first visit, Schachter and FSRI have assisted more than 20 centers that have processed over 200,000 cases and boast a nearly 65 percent settlement rate.

“You go back to Delhi, and in Bangalore, there are operating mediation centers that would not be there but for his work,” says Judge Richard Seeborg of the US District Court for the Northern District of California, an FSRI board member. “They’re literally resolving thousands of cases. I’ve watched it.”

Many of these are matrimonial cases complicated by cultural mores: a husband may be displeased with his dowry or a wife fears being tainted by divorce, even if the relationship is abusive. “These cases lend themselves to the process,” Schachter says, "since you’re dealing with highly emotional disputes in which the need is not a ruling but a skilled mediator to get into the underlying interests: a secure home, freedom from abuse, custody, and maintenance.”

Establishing mediation centers is one thing but making sure they endure is another. To ensure sustainability, a crucial aspect of FSRI’s mission, Schachter frequently returns to the centers he’s helped build in order to meet with mediators, review data on the cases processed, assess the operation of the centers, and recommend improvements. “There are many who go and train people to do ADR work around the world,” Seeborg says. “But Vic is really motivated to build structures that are going to last in countries where they need this assistance desperately.”

Under Schachter’s guidance, FSRI’s 16 volunteers—attorneys, mediators, and judges—are facilitating timely conflict resolution in eight countries on three continents. The organization doesn’t lobby for work, but instead responds to invitations from judges in overburdened court systems to provide guidance. “There has to be a willingness and openness to want to make it work,” Schachter says.

To guarantee the sustainability of these mediation centers and answer the need for more, Schachter has dialed back on his practice at Fenwick in order to devote more energy to FSRI. He’s extremely grateful that Fenwick has responded in kind. In addition to generous financial backing, the firm has encouraged associates and paralegals to provide significant pro bono support to FRSI and has helped in the marketing and publicizing of the group’s mission.

“After a long and successful career as a preeminent employment attorney, Vic hasn’t rested on his laurels,” says Kathryn Fritz, managing partner at Fenwick. “He has instead embarked on a new and unprecedented venture that uses his well-honed mediation skills to change lives around the world.”