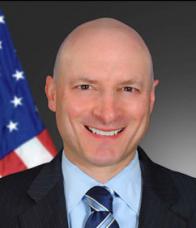 As chairman of the US Consumer Product Safety Commission (CPSC), Elliot Kaye ’04 works to keep American families safe from injury and death caused by the products we use in our daily lives. Nominated and confirmed to this position this past summer, Kaye calls his career path a mixture of “serendipity and strange good fortune.” He did not originally imagine he would end up at the CPSC, but sees his current role as the result of his longtime commitment to, and career in, public service.

Kaye started out on Capitol Hill, where he held positions on the staffs of US Representative John Tierney, US Representative Pat Danner, and US Representative Earl Hutto, before returning to school to pursue a law degree. Although Kaye arrived at NYU Law knowing that he would eventually return to continue his career in public service, he points to an international law course with Professor Joseph Weiler as one of the most formative of his law school career. Weiler’s oft-repeated mantra in class was “read the statute, read the statute, read the statute”—and this insistence on careful and close reading, Kaye says, has been a mantra he has adopted for himself ever since.

After law school and a year at the firm Kronish Lieb, Kaye clerked for Judge Sterling Johnson, Jr. of the US District Court for the Eastern District of New York, and worked for several additional years as an attorney at the law firms Cooley Godward Kronish and Hogan Lovells. In 2008, he took a sabbatical to lead the voter protection effort for the Obama campaign in Cuyahoga County, Ohio. Running a team of about 1,000 volunteer lawyers and law students out of a war room in Cleveland, Kaye says, “really got me itching to go back into government—working on the campaign was a good reminder of what it was all about.”

The CPSC provided Kaye’s entry back into public service. Drawing on his experience on Capitol Hill and his skills as an attorney, Kaye started out as senior counsel to the chairman. Kaye was elevated to chief of staff and chief counsel to former Chairman Inez Tenenbaum, and then went on to serve as executive director in 2013, before being nominated and confirmed as chairman in 2014, to a term that will run through 2020.

Now, one of Kaye’s top priorities is changing the dynamic of product safety so that companies consider child safety more seriously. There remains a number of what Kaye refers to as “lingering hazards” to children that the CPSC is hoping to address. The CPSC is involved in active litigation to require the recall of certain high-powered magnets, which, when swallowed, can tear through organ tissue.

“We’re trying to get companies even more oriented toward recognizing how challenging parenting is, and how overwhelmed parents are,” Kaye says. “We want companies, when they’re designing products, to think more about what a parent is going through, and not to rely on some very technical warning label to solve the problem.”

Kaye also points to the cords associated with window blinds and other coverings as a continuing hazard to children: more than a dozen children hang to death each year on these cords. “It’s been something that we’ve had a hard time getting industry to focus on and take as seriously as we think they should,” Kaye says. “By statute, the Consumer Product Safety Act, we can only go after unreasonable risk of injury… and there are those in industry who have a different risk tolerance.”

Kaye is also spearheading the effort to reduce head injuries in youth sports. The CPSC is currently working with the five major sports leagues (the NFL, NBA, MLB, NHL, and Major League Soccer) to create a culture change at the youth level. “There’s no product right now that has been designed and proven to be concussion proof,“ Kaye says. “There’s not a simple regulatory solution, it’s really more about using the influence of the office to bring people together to try to drive culture change at the youth level.”