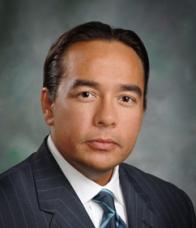 On June 3, the US Senate confirmed Keith Harper ’94 as ambassador to the United Nations Human Rights Council. Nominated for the position in June 2013 by President Obama, Harper, who is a member of the Cherokee Nation, is the first member of a federally recognized Indian tribe to be confirmed as a United States ambassador.

“Ambassador Harper is an attorney who has dedicated his career to the injustices facing Native peoples,” said a statement released by the National Congress of American Indians. “Issues surrounding Indigenous peoples have emerged prominently on the agenda of the United Nations, and Ambassador Harper will be a valuable resource to the Human Rights Council.”

“I am grateful to President Obama and Secretary Kerry for their confidence in nominating me to this important position, and to the United States Senate for confirming me,” said Harper in a statement to the press on the opening day of the 26th Human Rights Council.

“The Human Rights Council is a critical venue for addressing some of the most persistent threats to human rights around the world,” Harper said. “The Obama Administration decided to seek membership because the United States believes the Council can make a difference. With US leadership, the council has responded to urgent human rights situations in real time, shining a spotlight on situations such as Syria, North Korea, Iran and the Central African Republic.”

Harper also spoke about US priorities for the 26th Human Rights Council session, and in the years ahead, including reaffirming the importance of Internet freedom and focusing attention on human rights violations in Syria, Belarus, Eritrea, South Sudan, and Ukraine.

Prior to his confirmation, Harper was a partner at Kilpatrick Townsend & Stockton, where he was chair of the Native American Practice Group. Harper has also served as a member on the President’s Commission on White House Fellowships, as a senior staff attorney for the Native American Rights Fund, as a Supreme Court Justice on the Supreme Court of the Poarch Band of Creek Indians, and as an appellate justice on the Mashantucket Pequot Tribal Court.