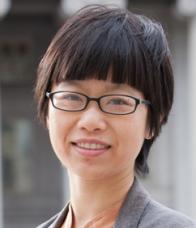 Julie Mao ’11, an attorney at the New Orleans Workers Center for Racial Justice (NOWC), has been named one of the Forbes 30 Under 30 in Law and Policy. The annual list recognizes the best young minds in a variety of fields, from law to technology to finance.

After graduating from NYU Law, Mao was an Equal Justice Works fellow at NOWC and found herself working to protect more than 300 students from Turkey, China, Ukraine, and elsewhere from labor exploitation—just the type of injustice that inspired her to pursue law.

The students had each paid thousands of dollars to come to the US for an exchange program, only to find themselves working in a factory near Hershey, PA, instead, packing chocolates for subcontractors of the Hershey Company under grueling conditions.

“One student’s first paycheck was for 18 cents, so they were trying to figure out, ‘How do I survive?’ ‘How do I leave?’” says Mao. “These are very difficult decisions that no individual out of high school should be making in a foreign country.”

Mao worked to facilitate the students’ escape from these conditions and reporting to government authorities.  The Department of Labor ultimately issued findings in a settlement with the subcontractors and assessed more than $200,000 in back wages for the students.

Mao developed an interest in immigration and human trafficking issues while at the Law School, where she was a Root-Tilden-Kern scholar. She served as a fellow at the Center for Human Rights and Global Justice and had an internship with the UN High Commission for Refugees in Malaysia the summer after her 1L year, working on the cases of individuals seeking refugee status and resettlement in a third country.

While working alongside professors Nancy Morawetz '81 and Alina Das '05 in the Immigrant Rights Clinic, Mao gained skills for navigating what she calls a “Kafkaesque” immigration system. As part of the clinic, she spent two years working on a case involving an activist in deportation proceedings. Mao and her fellow students rallied the support of civil rights groups and ultimately won a stay of removal for their client.

Mao’s deep interest in immigration reform is both professional and personal: “My family was very fortunate to have emigrated at a time where it was easier to achieve citizenship, but many of our family and friends were not that lucky.”