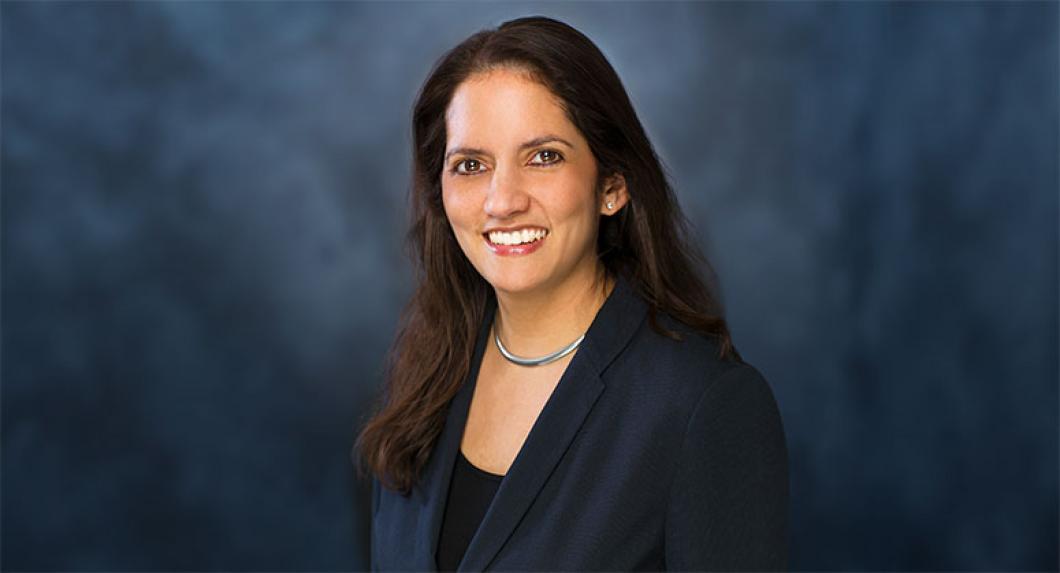 Joy Gallup ’90 is known for her creativity and calm as she steers record-breaking deals.

Joy Gallup '90 was recently named one of American Lawyer’s 2016 Dealmakers of the Year for her work representing GE Capital in the financing of its sale of a $3 billion commercial real estate mortgage portfolio. But Gallup, a partner with the Latin America and corporate practices of Paul Hastings, has made a name for herself among her friends and colleagues for another reason: her extraordinary patience and emotional intelligence during extremely complicated high-yield transactions.

“Joy’s very even-tempered and thoughtful,” says Lily Chang ’90, counsel at Bank of America and Gallup’s friend since law school. “She’s also very thorough and careful. So if she’s telling you her view on a subject matter, she has done her research, and she really knows what she’s talking about.”

The deal that caught American Lawyer’s attention came about as part of General Electric Co.’s downsizing of GE Capital and was one of the largest transactions concerning real estate financing ever made in Latin America. Gallup’s even-keeled attitude and creative problem solving were essential to the deal’s success. “This type of deal had never been done before within the Mexican marketplace,” Gallup says, noting that she and her team had to structure it to be converted to a Peso-dominated portfolio. “A few months later we were also able to close on a syndication of the loan, so that was pretty exciting, too.”

Complex debt-restructuring deals are Gallup’s specialty, and they showcase her impressive skills as a negotiator. “Where things have already gone bad and the issuer owes hundreds of millions or even in the billions, you often have an environment where lawyers on opposite sides are going after each other’s throats,” says Arturo Carillo, a partner in Paul Hastings’ Latin America and corporate practice who has worked with Gallup for more than a decade. “But Joy doesn’t do that. She’s the quintessential ideal lawyer, because she’s not only brilliant, but she’s also extremely pleasant to work with. She has the ability to really think outside the box and come up with creative solutions to bring people to an agreement that works for everybody.”

Gallup started out her career at Milbank, Tweed, Hadley & McCloy, where she spent two decades honing her skills as a bankruptcy and debt-restructuring lawyer. She served as a partner in that firm’s structured finance and securities practice groups for more than ten years. (The mother of three, Gallup notes that for the last six years of her time at Milbank Tweed she worked part-time. “I was really grateful to the firm to have the opportunity to do that,” she says.)

Gallup, who knew from a very young age that she wanted to be a lawyer, says she was particularly interested in a career that would have a global focus. “My parents worked in India as missionaries throughout my formative years,” she says. “Growing up overseas made me interested in the international workings of the world—business and politics and economics and all of that.” Her experience working with high-yield debt has led her to work primarily in Latin America. “I do not possess the language skills that would lead me to Latin America naturally,” she admits. “So I tend to joke about this, and many of my colleagues have heard me say this before: I don’t speak Spanish or Portuguese, but I speak high-yield.”

Gallup eventually made her way to Paul Hastings, along with her entire Latin America practice. These days, when she’s not negotiating record-breaking deals, Gallup serves as the New York office chair of recruiting for entry-level and summer associates. “Joy is really the first face that many people associate with Paul Hastings, and that’s certainly part of the reason young attorneys are favorably impressed with the firm,” says Michael Fitzgerald, who has worked with Gallup since their days as partners at Milbank Tweed. “She just has a great way with people.”