The Star Lawyer Overseeing the LAPD 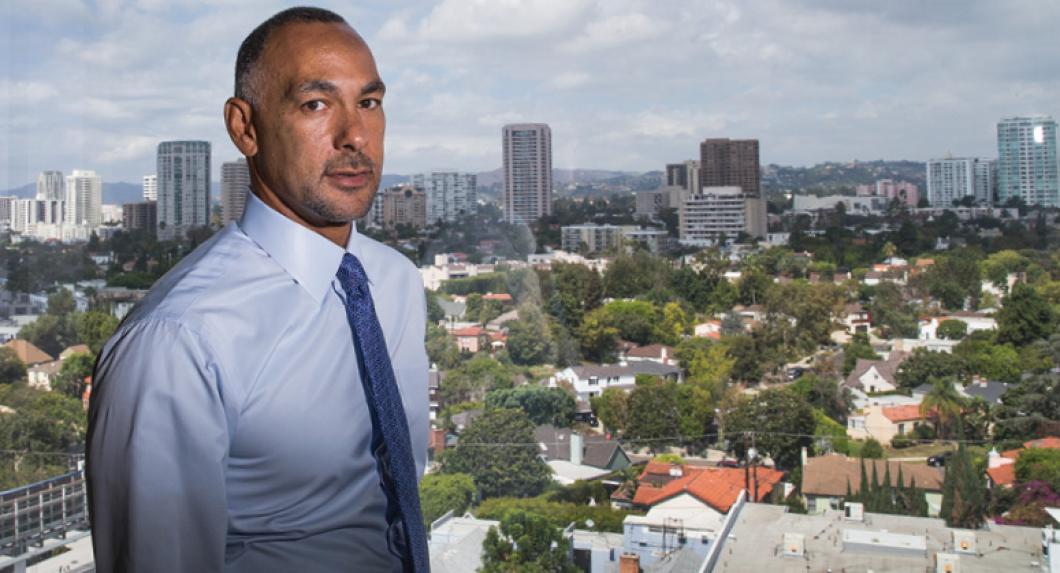 Media mogul Oprah Winfrey, comedian Sacha Baron Cohen, and tennis star Serena Williams have achieved fame for different talents, but they have one thing in common: their lawyer, Matthew Johnson ’93. The managing partner at Los Angeles firm Ziffren Brittenham, Johnson has spent more than two decades building his reputation as one of Hollywood’s top lawyers; he has been named to the Hollywood Reporter’s list of “power lawyers” every year since 2007. This year, Johnson has also taken on a new role: president of the Los Angeles Police Commission, the five-person civilian board that oversees the nation’s third-largest police force.

Although he has built his career in entertainment law, Johnson’s interest in government and public service is longstanding. “When I went to law school I had two competing interests—the entertainment business and politics and social justice. I ended up basically doing both,” he says.

After graduation, Johnson set his sights on deal making in Hollywood. “Matt moved out to California pretty much knowing no one, and with a clarity of vision about what he wanted to do,” says Dean Garfield ’92, president and CEO of Information Technology Industry Council, and Johnson’s roommate during law school. “That is very much his personality: he’s willing to identify a vision and work incredibly hard to get it.”

That drive led Johnson to develop a remarkable roster of clients from the worlds of both entertainment and sports. “My business philosophy has always been to do things that I find interesting and fun, and if the money follows, great, and if it doesn’t, at least it was interesting and fun,” Johnson says. “If there’s one thing that distinguishes my practice from a lot of entertainment lawyers, it’s that I tend to have more entrepreneurial clients.” Representing filmmaker Tyler Perry, for example, Johnson helped to create a new model of producing original content for cable networks.

But even as he made groundbreaking Hollywood deals, Johnson continued to pursue public service work. A volunteer with The Boys and Girls Club since 1997, Johnson has served on the board of two chapters of the organization and as a national trustee. Johnson is also a member of the Democratic National Committee, and he served on Los Angeles Mayor Eric Garcetti’s five-person transition team in 2013.

Now, taking on his new role as president of the Los Angeles Police Commission, Johnson recognizes the challenges that Los Angeles and the country at large face in grappling with the need for police reform. “When you look at the environment today, the feelings of people are informed not just by what happened in their neighborhood or their city, it’s what happens nationally. So when you see a video of Eric Garner being choked to death by policemen in New York, that’s going to impact how people feel across the country,” Johnson says. “This starts to create a level of distrust between communities and the police department. So the biggest challenge is reversing that trend.”

Friends and colleagues say Johnson is well suited to this daunting task. “He is certainly someone who has a strong sense of right and wrong, and is also willing to fight for what he believes in,” says Garfield. Sam Fischer, the partner who hired Johnson at Ziffren Brittenham, underscored his toughness: “He does navy seal obstacle courses.”

Johnson’s physical fitness will be tested by what essentially amounts to two full-time jobs. As to how he will manage both, Johnson says, “First of all, I don’t sleep very much.” He has also stepped down from the boards of several non-profits for the duration of his time as president of the police commission. “That was very hard to do,” he says. “But I do feel that there’s really no more important work to do right now.”