A Hard Drive for Change 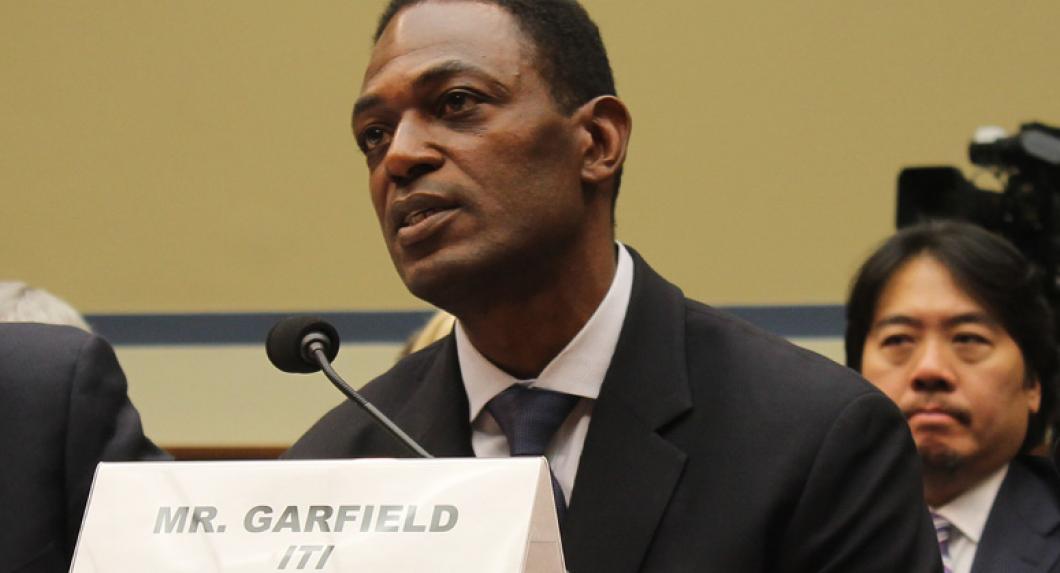 Dean Garfield ’94 is the legal voice of the technology sector.

As president and CEO of the Information Technology Industry Council (ITI), Dean Garfield ’94 represents an association of the most influential technology companies in the nation and the world, working with them to create policies that address challenges including the expansion of the global marketplace, the advancement of sustainable technology, and ever-evolving risks related to cybersecurity.

“In DC, he’s often the face and the voice of the technology sector,” says Julian Ha ’95, a partner at executive search firm Heidrick & Struggles and a former classmate of Garfield’s. When deciding to go into the legal profession, however, Garfield had no particular vision of entering the technology realm. “The thing that drew me to the law was a desire to drive change. Specifically, my thought was that the legal profession was a good place to be a catalyst for change for those who were disempowered,” he says.

As a Root-Tilden-Kern scholar at NYU Law, Garfield found particular fulfillment from his work in the Juvenile Defender Clinic, led by Randy Hertz, vice dean and professor of clinical law. “He did excellent work in the clinic, representing young people accused of crimes in New York Family Court delinquency cases. But even back then, it was clear that Dean was preparing for a career that goes far beyond the usual types of work and skill sets of lawyers,” Hertz says, noting that while in law school, Garfield simultaneously pursued his MPA at Princeton.

Garfield began his legal career as a litigation associate at Kaye, Scholer, Fierman, Hays, & Handler, a firm he chose because it gave him “the opportunity satiate my soul by working on Pro Bono assignments,” Garfield says. Specifically, he worked on death penalty cases, including that of Calvin Swann, one of the first people to be granted clemency in the State of Virginia under then-Governor Jim Gilmore.

In addition to his Pro Bono work, Garfield also became involved in the firm’s intellectual property (IP) litigation team, which was in need of associates with strong litigation backgrounds. “Because of my work in the clinic, and because of my Pro Bono work, I had ended up getting courtroom experience much earlier than most young associates,” Garfield says. As a result, he began to work on IP issues “at a time when technology was having a meaningful and nearly disastrous impact on the recording industry.”

Garfield had a particularly close view of that impact when he joined the Recording Industry of America as vice president of legal affairs. In that role, Garfield led the copyright infringement case against file-sharing companies Grokster and Kazaa, a landmark case in which the Supreme Court ruled in favor of the recording industry.

Following his work with the Recording Industry of America, Garfield moved out West to serve as the executive vice president and chief strategic officer of the Motion Picture Association of America. In addition to developing the association’s global strategies, Garfield also worked to build industry alliances with Silicon Valley—an experience that served him well when he returned to Washington, DC, to lead ITI, whose member companies include Amazon, Facebook, Google, and Microsoft.

In his work at ITI, Garfield has found a role that enables him to be the catalyst for change he envisioned when first entering law school. Next to the family he has built with his wife and children, he considers this to be his greatest achievement. “When you represent the tech sector, you represent everyone, because we’re so central to how people work and plan their lives,” Garfield says. “Part of the challenge is figuring out how we can be a platform for enabling the success of our companies but also uphold broader societal responsibilities.”

According to Matthew Johnson ’93, Garfield is up to the challenge. “The thing about Dean is that everybody knows him and everybody likes him,” says Johnson, Garfield’s best friend and former law school roommate, who is now managing partner at entertainment law firm Ziffren Brittenham and president of the Los Angeles Police Commission. “But what really distinguishes him is his thoughtfulness and his patience, which is why so many people really gravitate to him. He’s a great consensus builder, which makes him perfectly suited to do the work that he does.”