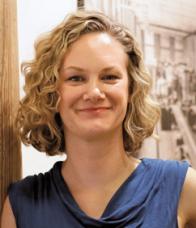 Although the US Department of Veteran Affairs (VA) provides health care, financial assistance, and other forms of aid to veterans, it does not provide legal assistance. Margaret Middleton ’07 contends that helping veterans with their legal concerns can actually be a key element to providing mental health and stress relief. She is executive director and co-founder of the Connecticut Veterans Legal Center (CVLC), which aims to help veterans in need.

This past year, the CVLC received a grant from the Bristol-Myers Squibb Foundation to fund a study evaluating the effect of legal aid on veterans' mental health and wellbeing. “We’re not only pushing the boundaries in terms of how lawyers can help veterans with legal issues, but really the understanding of what role legal problems and legal help play in symptom-reduction,” says Middleton. “The value of what we provide isn’t just in whether you have a great legal outcome; it’s also that you might be less likely to use the emergency room, or to have an extended hospital stay.”

Middleton has already consulted with other organizations around the country that are trying to start legal aid programs based on the model of the CVLC, but she hopes that this study will provide further evidence for the efficacy of integrating legal, mental, and medical aid. “Ultimately, we would love the VA nationally to recognize the value of this model and adopt it as part of the spectrum of services that they provide veterans,” she says.

Although Middleton now loves her work with veterans, she did not originally plan for her career to follow this particular path. A former Root-Tilden-Kern scholar at NYU Law, Middleton credits her experience as a student in Fiorello LaGuardia Professor of Clinical Law Martin Guggenheim’s Family Defense Clinic with developing her passion for representing communities in need. “The clinic helped open my mind in terms of what a vulnerable community is,” Middleton says. “I think that veterans, historically, haven’t been embraced as a population of high need by the legal services community. In part because of my experience in that clinic, I was open to a broader conception of who lawyers can help.”

“She was always an outstanding member of the community, you know, she is a very vibrant person, sort of knew everybody, and everybody knew her,” Guggenheim '71 says of his former student. “[In the Family Defense Clinic] it was eye-opening for her to see how good people could be so mistreated by the government, and that’s exactly the same phenomenon that working with throwaway veterans has been for her.”

Following law school, Middleton worked as a Thomas Emerson fellow at David Rosen & Associates, a New Haven law firm that focuses on human rights and public interest law. Moved by stories that she had heard on the radio about veterans with insufficient access to mental health care, Middleton sought to volunteer at the Errera Community Care Center, which is part of the Connecticut VA. There she met Howard Udell ’65, who had retired as the chief legal officer of Purdue Pharma, and was already volunteering with veterans. “When they found out that he was a lawyer, the veterans would just pop in and say, ‘Hey, I have a quick question about a legal issue,’” Middleton says. “By the time I met him, Howard had taken on 30 clients that way, totally incidentally.”

Middleton and Udell both recognized that while the Errera Community Care Center provided access to mental health care, veterans clearly needed greater access to legal services—and so together they founded the Connecticut Veterans Legal Center with a grant from the Yale Initiative for Public Interest Law. When the center was first formed in 2009, Middleton was the only full-time employee, with Udell acting as a volunteer advisor. Now, the center has six full-time and two part-time staffers, and has recruited more than 600 lawyers from across Connecticut to volunteer on behalf of veterans in need.

“Meeting and working with Howard was one of the greatest strokes of luck in my life,” Middleton says of her co-founder, who passed away this August. “It’s rare that you get to meet someone who is as kind and brilliant and funny as Howard was, and it was an incredible gift to have a partner in doing something like this, so that we both equally owned the joy of doing the work and the stress of trying to make it happen.”