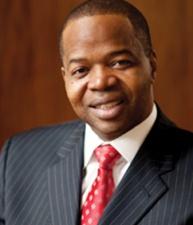 Thompson, a founding partner of the law firm Thompson Wigdor, represented Nafissatou Diallo, the hotel housekeeper who accused former International Monetary Fund Leader Dominque Strauss-Kahn of sexual assault. He has also worked with elected officials including Senator Charles Schumer and Congresswoman Yvette Clark to convince the US Department of Justice to reopen the investigation into the 1955 murder of Emmett Till in Mississippi.

During his time in the United States Attorney’s Office for the Eastern District of New York, Thompson became known for his skill as a trial lawyer, and particularly for his role in the investigation and successful prosecution of New York City police officers for the brutal beating and torture of Abner Louima. Prior to serving in the US Attorney’s Office, Thompson was an attorney in the US Treasury Department, where he served as special assistant to former Treasury Department Undersecretary for Enforcement Ronald Noble, who is currently the secretary general of Interpol and a professor of law on leave at NYU Law.

Upon graduating from NYU Law, Thompson was a recipient of the Law School’s Arthur T. Vanderbilt Medal for his outstanding contributions to the community. He has also received the Black, Latino Asian Pacific American Law Alumni Association’s Distinguished Service Award.