Visiting Doctoral Researchers are doctoral candidates enrolled in a doctoral degree program at another institution abroad who wish to benefit from spending one year of their research at NYU School of Law. They will be fully integrated into the JSD program as far as is relevant. The JSD Program invites approximately six to eight individuals each academic year to contribute to the Visiting Doctoral Researcher position in the JSD Program.

The Visiting Doctoral Researchers are actively integrated into the Law School community through various academic and social programs, including an invitation to participate in the JSD Forum where they may present their research.

Benefits of Participation
Participating in the Visiting Doctoral Researcher program will include the following benefits:

The invitation to join the Law School as a Visiting Doctoral Researcher is also an invitation to a life-long relationship with the JSD Program at NYU School of Law, one that will continue to foster excellence in legal scholarship. If you are interested in applying, please view the program information and application instructions links. 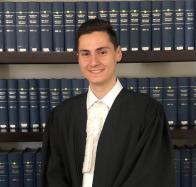 Andreas is a PhD candidate at the University of Cambridge. His research focuses on the jurisdictional disputes between the European Court of Justice and peak courts of the Member States of the European Union. In his thesis, he reconstructs the putative grounds for the final authority of each court and assesses them against a theory of moral authority and political community. The objective of his thesis is to develop a procedural theory by which low-instance courts and officials in the Member States can determine which higher court has the strongest moral claim to final authority.

Andreas holds an LLM in public law from University College London and an LLB from the National and Kapodistrian University of Athens. He has published articles in the Human Rights Law Review and the European Constitutional Law Review. He has also served as Editor-in-Chief of the Cambridge Law Review. Before pursuing his PhD, he clerked for Justice Sisi Khampepe at the Constitutional Court of South Africa and worked as a trainee at the European Court of Justice. He has also practiced law in Greece and served in the Hellenic army. 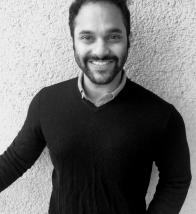 Gaurav is an S.J.D. candidate in Comparative Constitutional Law at the Central European University, Vienna (CEU). Gaurav's doctoral project examines the contested role of courts as agents of progressive social transformation. His research explains the increasing role of complex, multi-stage remedies in constitutional litigation, and the ways that it interacts with the separation of powers and principles of democratic legitimacy. At NYU, Gaurav’s research will use a comparative lens to explore how American courts can manage concerns around institutional legitimacy and separation of powers in its role as a defender of democracy by looking at the Global South.

Gaurav has held visiting fellowships at the Bonavero Institute of Human Rights at the University of Oxford, the Max Planck Institute for Comparative Public Law, Heidelberg & the University of Melbourne. He is a co-convenor of the International Association of Constitutional Law Research Group on Social Rights and an Assistant Editor for RevDem, a journal of the Democracy Institute at CEU. He has taught courses at the intersection of law & political science at CEU, University of Verona, National Law School of India University (NLSIU), Bangalore, India, and Asian University for Women, Bangladesh.

In 2021, Gaurav was a Social Rights Research Fellow as part of the University of Stirling’s Nuffield Foundation funded project on Access to Justice for Social Rights: Addressing the Accountability Gap. In 2018, Gaurav was awarded the Indian Law Review Early Career Prize. He has worked with organizations like the Hungarian Helsinki Committee and the School of Policy & Governance, Azim Premji University, Bangalore. 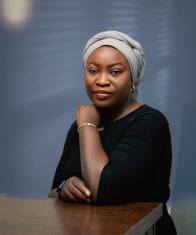 Olanike Adelakun is a doctoral candidate at Faculty of Law, University of South Africa under the supervision of Prof. Marlene Wethmar-Lemmer and Prof. Jacqueline Heaton. Her research focuses on comparative investigation of human rights issues in surrogacy practice in India, Nigeria and South Africa.

Olanike holds a Master’s Degree in Law (LL.M) and another Master’s degree in Library and Information Science (MLIS) both from the University of Ibadan, Nigeria. she was called to the Nigerian Bar as a Barrister and Solicitor in 2007. She is an alumnus of The Hague Academy of International Law, the Netherlands. Her area of scholarly engagements are human rights, family law, gender studies, reproductive health and rights as well as women and child protection. Olanike has published widely in her areas of engagement.

During her time at NYU, Olanike intends to conduct a comparative study of unregulated surrogacy practice in Nigeria and the United States.