Alumna of the Month December 2009 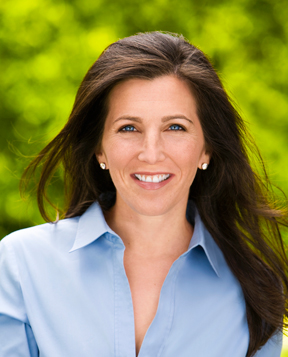 Journalist and author of New York Times bestseller Green Goes with Everything: Simple Steps to a Healthier Life and a Cleaner Planet

For years after she graduated, Sloan Lindemann Barnett ’93 regularly visited her alma mater to speak to students about their career options. One of her goals was to convey that it was okay to consider careers outside the legal world. After law school, she landed a prestigious position in New York County District Attorney Robert Morgenthau’s office as an assistant district attorney. However, following her three-year commitment, which Ms. Barnett describes as some of her “most exciting and rewarding years of work,” she chose to explore a path outside that of a traditional law career.

A position as a consumer columnist for the New York Daily News was her first step after the District Attorney’s Office, and more than a decade after making that change, she has reported and commented in print and on air for a host of news outlets ranging from Reuters to ABC and NBC. And though it was an unconventional career move for a law school graduate, Ms. Barnett is convinced that her legal education prepared her well for her current occupation. “I learned to advocate for myself in law school,” she says, “as well as how to write, organize my ideas and how to stand up in court and not be intimidated by New York juries. That also gave me the confidence to stare at a camera from Peter Jennings’s desk and not be scared.”

Beyond legal training, Ms. Barnett learned the fundamentals of communication and analysis are the keys to success in the courtroom, the boardroom, and the newsroom. “At NYU Law you get exposed to so many ideas, situations, and people. From law professors and visiting lecturers to supreme court justices and world leaders in government and industry,” she says, “NYU Law allows you to create experiences and learn from the people shaping the world.”

In 2005, Ms. Barnett traded her native New York for San Francisco, where she is raising three children with husband Roger Barnett, CEO of Shaklee, the largest natural nutrition company in the United States. She sits on the boards of several nonprofit and educational institutions, including the California Pacific Medical Center, the Leadership Council of the Harvard School of Public Health and The Spence School in New York City. Ms. Barnett still maintains close ties to NYU Law as a member of the board of trustees, and has funded an annual scholarship through the Root-Tilden-Kern Program. The Lindemann Family Public Service Scholarship is awarded to three students each year who are committed to working two years in the field of public interest law, either after graduation or at the completion of a judicial clerkship, providing legal services to those who could otherwise not afford them.

In the midst of her busy schedule, Ms. Barnett found the time to put her consumer advocacy and environmental interests together into a bestselling book, Green Goes with Everything: Simple Steps to a Healthier Life and a Cleaner Planet (2008). The book exposes the toxic truth behind the household products we use everyday—from laundry detergent to toothpaste to lipstick. Ms. Barnett explains how these and other seemingly benign stuff can harm us and our children and offers countless alternatives to make better and safer choices. The book was a natural next step for Ms. Barnett, who has most recently been the green editor at San Francisco’s NBC affiliate and a contributor to the Today Show.

The idea for the book came about six years ago when her oldest son—now age nine—was hospitalized and then diagnosed with asthma. Ms. Barnett and her husband, who had no family histories of asthma, didn’t understand why their otherwise healthy child was suddenly afflicted with the disorder. “If it wasn’t genetic, it had to be environmental,” she says. “So I dove right in and did the kind of research I did for my third-year law school paper to figure out what exposure to the world had done to my kid.”

Ms. Barnett’s research pointed in part to the effects toxic household cleaning solutions were having on her son’s respiratory system. After replacing those cleaners with safer alternatives, she saw her son’s asthma improve–and Ms. Barnett started writing the book to share her hard-earned knowledge with others.

For Ms. Barnett, being green doesn’t mean living in a log cabin. Instead, she argues that making a few simple lifestyle changes can have an enormous impact on your health and the health of your family. Those changes may mean being more selective with the food you serve your family, or the products you use to clean your kitchen. She says, “I thought that if I could compile the most crucial information, make it accessible and user friendly, and maybe even a little entertaining, people would be able to absorb the message.”

With her current focus on green advocacy, Ms. Barnett acknowledges that her career has followed a non-traditional path. Still, she says an NYU Law degree has served her well through those twists and turns–and, in hindsight, was a better decision than enrolling in forestry school, which Ms. Barnett says she nearly did after completing her undergraduate studies. “My mother said I’d be much better off going to law school,” she says. “She was right.”