Alumnus of the Month for June 2010 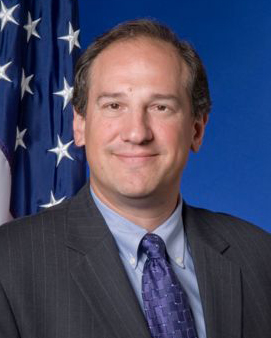 Deputy Secretary, US Department of Labor

When Seth Harris ’90 entered Cornell University as an undergraduate, he was sure he’d go to law school soon afterward. But by the time graduation rolled around, he swore he’d never study law. “I was eager to get out into the work world, to get into the mix,” says Harris. “I couldn’t imagine investing three years sitting in the classroom.”
Instead, Harris spent the next four-and-a-half years working in the labor movement—a job that eventually led him back to his abandoned goal of law school and set up a career path that has most recently brought him to the US Department of Labor as deputy secretary of labor, the number-two position. “Helping working families is the cause of my life,” he says simply.

After Cornell, Harris moved to Houston to become a field representative for the Seafarers International Union, working on political and legislative issues as well as helping merchant marines navigate the red tape surrounding pensions, health insurance, and disability benefits. As part of his job, he represented union members in Social Security disability appeals, which turned out to be a turning point in his career. “I was actually pretty effective, even as a non-lawyer,” says Harris. “But I realized that to wade through the thicket of regulations and statutes, I needed to know more. Even if I won an individual case, the more successful way to help was to change the regulations, and I wasn’t going to be able to do that without a law degree.”

Harris was attracted to NYU School of Law because of its diverse student body and the openness he sensed to students with progressive politics who didn’t plan to pursue careers at white-shoe law firms. Once at NYU, though, his first-year classes took a back seat to his political enthusiasm, as he ran the New York office for then-Congressman Richard Gephardt’s 1988 presidential campaign. “I literally had volunteers working in my dorm room in D’Agostino Hall,” Harris recalls, laughing at the memory. “I was fortunate that Congressman Gephardt withdrew from the race before spring finals—I doubt I would have survived the experience otherwise.”

Harris buckled down in his second and third years, inspired by lectures from professors like Burt Neuborne, Inez Milholland Professor of Civil Liberties; David Richards, Edwin D. Webb Professor of Law; and current NYU President John Sexton, whose style he describes as “law school as Brooklyn vaudeville—it was entertaining, challenging, and fun.”

After earning his law degree, Harris worked as a law clerk for Judge William Canby of the US Court of Appeals for the Ninth Circuit and Judge Gene Carter of the US District Court for the District of Maine, then returned to public policy. During the Clinton administration, he served two US secretaries of labor as a senior advisor on policy, legal, management, and strategy issues.

In 2000, Harris left government for a faculty post at New York Law School in lower Manhattan. And though he took a leave of absence for his current job, Harris considers teaching his principal calling. “I hope I enlighten my students about the real-world implications of how law and policy work,” he says. “I’m able to provide them with a perspective that’s different than what many law professors offer—not better, just different.”

While at New York Law School, Harris worked on the Obama transition team, which led to his appointment as deputy to US Secretary of Labor Hilda Solis. “I am the chief operating officer of a $117 billion, 17,000-person organization,” he says. “And the major task I have is to point this behemoth organization in the direction of helping working families get good jobs.”

The position is demanding. Harris, who is married to Karen Rosen, a social worker, is in the office for up to 12 hours a day. He puts in a few hours more at home in Bethesda, Maryland, after sons Jonathan and Daniel go to bed. He’s essentially on call the rest of the time. One day he’ll be at the White House for a bill signing; the next he’ll spend hours in back-to-back meetings on topics ranging from jobs to healthcare. Harris brings his legal training to bear every day.

“Though I’m not litigating cases or providing counsel,” he says, “my ability to comprehend often deeply complicated legal and policy issues is the necessary tool in my day-to-day existence.”

Harris describes his position as the most challenging endeavor of his professional life—and a highly rewarding one. “The best part about coming back was that I was returning to a place where the people I work with share my values,” he says. “We don’t agree about everything. But sharing values with your colleagues is a luxury and a pleasure. It makes the work compelling—and, at times, easy.”