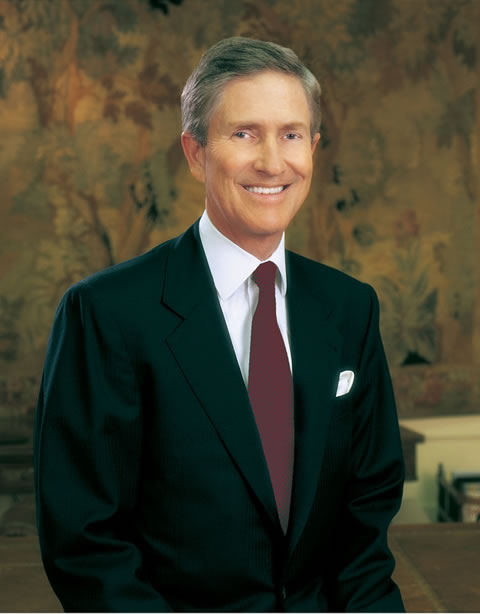 During his 21-year tenure as CEO, Mr. Messmer has led the growth of RHI from a small franchisor with revenues of $7 million in 1986 to a global company with revenues surpassing $4 billion today. Headquartered in Menlo Park, Calif., Robert Half International (NYSE: RHI) is a member of Standard & Poor’s widely tracked S&P 500 index.

In 2007, RHI was listed on the Forbes Platinum 400 list of the best big companies in America for the sixth time, ranking as one of the top U.S. business services firms for investor returns and growth. Forbes also named RHI to its Global 2000 list of the world’s largest public companies, highlighting the firm as one of just 130 “Global High Performers.” RHI appeared on Fortune magazine’s list of “America’s Most Admired Companies” in 2007, ranking number one in its industry. In addition, BusinessWeek featured RHI in its 2007 “BusinessWeek 50,” a list of best-performing companies, and in a September 2002 cover story as one of several companies with a history of ethics and integrity in business. In 2007, Mr. Messmer was the Ernst & Young Entrepreneur of the Year national award winner in the services category, and he was named one of America’s top CEOs by Institutional Investor magazine the previous year. In 2003, he was selected by Morningstar, an independent research firm, as its CEO of the Year.

Before joining Robert Half International, Mr. Messmer was president of Pacific Holding Corporation, a diversified company with operations in agribusiness, textiles and other product areas. From 1982 to 1985, he served as president and chief executive officer of Pacific Holding’s largest subsidiary, Cannon Mills Company, and subsequently served from 1985 to 1986 as a member of the Office of the Chairman of Castle & Cooke, Inc., another affiliate of Pacific Holding.

From 1970 to 1981, Mr. Messmer specialized in mergers and acquisitions with the Los Angeles
law firm O’Melveny & Myers as an associate and then partner. He was an adjunct professor in the Executive Management program at Claremont Graduate School of Business from 1979 to 1981 and a frequent lecturer to business and legal groups.

Currently a member of the board of directors of Health Care Property Investors, Inc., Mr. Messmer previously served on the boards of Airborne Freight Corporation, First Interstate Bancorp, NationsBank (of North Carolina), Pacific Enterprises, Southern California Gas Company and Spieker Properties, Inc., among others. During the administration of President Ronald Reagan, he served for two years on the President’s Advisory Committee on Trade Negotiations.

A frequent author, Mr. Messmer’s books include Job Hunting For Dummies and Human Resources Kit For Dummies, both in their second editions; Managing Your Career For Dummies; and Motivating Employees For Dummies (John Wiley & Sons).

Mr. Messmer’s community involvement includes service on the UCSF Medical Center Executive Council, the board of overseers of the Hoover Institution and the board of directors of Bay
Area Council.

Mr. Messmer resides in Woodside, California, with his wife, Marcia. They have two sons, Michael and Matthew.

What is your area of specialization and how did you come to work in this area?
As an attorney, I specialized in corporate securities law, including mergers and acquisitions. After completing O’Melveny & Myers’ rotation-based training program and gaining experience in several departments at the firm, I joined their corporate law practice. While there, I developed a number of entrepreneurial clients who were actively acquiring other companies. This was my introduction to M&A work. After just a few years with the firm, I had worked on more than 50 acquisitions.

What led you to the NYU School of Law and how did your experience here inform your career?
I received the Root-Tilden scholarship. Before coming to New York to attend law school, I had never been outside the states of Arkansas, Louisiana and Texas. Without the scholarship, I could not have afforded even the trip to New York.

I worked very hard as an undergraduate and was extended other scholarship opportunities. I was drawn to NYU because of its excellent reputation in the areas of business and tax law. I also appreciated its location in the commerce center of the world–New York City.

What was your first job out of law school and what was the most important thing you learned while there?
My first job was as an associate at O’Melveny & Myers. I learned quickly that having strong interpersonal skills is just as important as possessing outstanding legal skills. The field of law is relationship-driven. You are at a disadvantage if you cannot establish a good rapport with partners, clients and colleagues. The relationships you build early on will benefit you throughout your career.

Who is your favorite faculty member at the Law School and why?
All of my professors were excellent, particularly Daniel Collins, who taught contract law, and Norman Redlich, the former dean of the law school, who at the time taught Constitutional law.

What is your fondest memory of your time spent at the Law School?
I will always remember my days at Hayden Hall and the many wonderful friendships I developed with my peers at the Law School. Some of my most enduring friendships were established while I was a student there.

How did you go about making the career transition from being a partner at O’Melveny & Myers to the president and chief executive officer of large companies?
The critical-thinking skills one develops as a lawyer are invaluable in solving problems and developing strategies as a top executive for a large company. It is important to realize, however, that in transitioning from partner at a law firm to corporate executive, you are moving from a role as agent to that of a principal. This means that you will be living with your decisions and judgments for a long time.

What has been the most rewarding aspect of your career thus far?
I have found that the happiest people I know feel that way because they are pursuing things that are meaningful to them. I enjoyed building a law practice, and I have enjoyed building a business. Ultimately, achieving something worthwhile provides great personal and professional satisfaction. In my role as CEO of a global staffing firm, for example, I am in a position to help businesses find the talent they need to grow, and I can help business professionals find meaningful work.

How do you maintain a balance between your work and the rest of your life?
I recognized early in my career that building a great business requires hiring great people. You can’t do everything yourself. Having an outstanding team enables you to achieve better balance, while allowing others to grow and develop in their roles. By fostering leadership skills in your employees, you prepare your business for success over the long term.

I also find that if you are doing something you like, then the hours you spend on the job are more satisfying and you are a happier, more balanced person in general. I think my family has appreciated that I love what I do. Building a business is a time commitment, and that often can mean time away from them. My family has been supportive of the hours and time I have devoted to my career, and I have tried not to take that support for granted.

What advice would you give to current students as they are in the interview process?
You will receive all kinds of advice as you begin your career. Listen and evaluate the advice, and think carefully about your skills and your real interests because this is your life, and you will need to make decisions based on what is most meaningful to you. A sure sign of intelligence is the ability to recognize a great opportunity. Your lives will be full of opportunities, so when you see one that appeals to you, seize it, and don’t let others dissuade you from your dreams. We live in a cynical world: People are always willing to tell you why something won’t work. Your NYU experience has given you an invaluable tool for the rest of your career—the ability to think critically. As you enter the world of work, never be afraid to offer your ideas. Don’t be afraid to say, “What if?” Businesses need innovative ideas to continue growing.