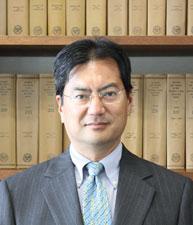 Board Member, National Labor Relations Board

On July 30, 2013 the US Senate confirmed Kent Hirozawa ’82 to the National Labor Relations Board (NLRB) for a term that will run through 2016. Hirozawa is the first Asian-American ever to serve on the board.

President Barack Obama nominated Hirozawa, who was formerly the chief counsel to NLRB Chairman Mark Gaston Pearce, alongside Nancy Schiffer, who was associate general counsel at the AFL-CIO. Hirozawa and Schiffer will be replacements for the president’s recess appointments to the board, which were strongly contested by Republicans.

“The National Labor Relations Board is responsible for enforcing protections that are fundamental to growing the economy and creating jobs from the middle class,” said Obama in a White House press release announcing the nominations. “It gives me great confidence that such dedicated and capable individuals have agreed to join the Board and I look forward to the agency continuing its work to promote better wages and conditions for all American workers.”

Prior to serving as chief counsel to the NLRB, Hirozawa was a partner at Gladstein, Reif and Meginniss, where he advised clients on issues including matters of Federal and state labor and employment law. Hirozawa has also served as a field attorney in Region 2 of the NLRB, and clerked for the US Court of Appeals for the Second Circuit.

“Back when I was a board agent in region 2, I once heard another employee described as pro-act. Not pro-union or pro-management, but pro-act, dedicated solely to advancing the policies and purposes of the National Labor Relations Act, without regard for the identities or alignments of the parties,” said Hirozawa at his Senate confirmation hearing. “That has always struck me as an apt term of praise for an employee of the board, and that is what I will aspire to…. I pledge to dedicate myself to the fair and even-handed enforcement of the commands of the act, consistent with the act’s purpose of maintaining industrial peace.”

Hirozawa also gave a shout-out to NYU Law during his hearing: “At NYU, in addition to getting a terrific legal education, I met Lynn Kelly [’82], a lovely young woman from Minnesota,” Hirozawa said. “We have been married for over 25 years.”