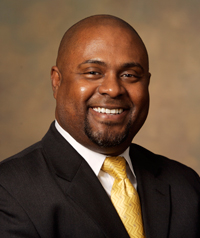 Ask Joe Scantlebury ’92 about his top priority for American public education, and he will tell you that we must prepare every child to earn a college degree. The trouble, he’s quick to point out, is that we, as a nation, are failing low-income children and particularly children of color in this regard. Indeed, last year only 23 percent of graduating blacks, Hispanics, and Native Americans were prepared for college-level math courses, according to a recent study by ACT Inc. So Scantlebury has made it his mission as a senior policy officer at the Bill & Melinda Gates Foundation to help form a national consensus that college completion should be the goal for every student in every high school in America.

“The effort that will be required—the inventiveness and commitment—to help teachers be effective in classrooms and at the same time deliver new ways of teaching that keep students focused on this goal is going to be Herculean,” he says.  “But we can do it.”

The stakes of this mission are clear for Scantlebury, who can point to a wealth of data that a college degree has become prerequisite for entry into the middle class. But he says that when we fail to deliver a quality education to children in poverty, we put them at an arguably even more profound risk: a life without social hope.

“Very easily a young person can feel the doors close around them,” says Scantlebury.  “School—knowledge—can break through some of that.”

Scantlebury’s sense that we have a moral obligation to prepare all American children for college stems from his own feeling that, but for a few turns of fate, he may never have escaped poverty.

Scantlebury grew up the son of a single Panamanian immigrant mother in the Crown Heights and Bedford-Stuyvesant sections of Brooklyn in the late 1960s and ’70s. She worked two jobs. Yet they often faced eviction notices and, at times, had their electricity turned off.

Thanks to his talent coupled with his mother’s fierce dedication, he graduated high school, attending Cornell and then NYU Law. Scantlebury was lucky, he says. Lucky that he was born into a large extended family who helped his mother raise him and his sister. Lucky that a nun at St. Francis of Assisi took it upon herself to tutor him and 24 other middle-grade children in algebra after school. And lucky that a Xaverian Brothers high school in a largely Italian/Irish section of Brooklyn waived his tuition as part of an effort to educate more children of color in their system.

But what of the children, Scantlebury asks, whose mothers were truly alone? Who never saw a family member read a book? Who attended schools that resembled prisons? Who witnessed no possibilities for another life?

Those are the people, he says, who desperately need quality representation and who he has dedicated his career to helping. That mission, he says, took seed as he stood in his school uniform next to his mother at an eviction hearing. The memory is visceral for the exchange between her and the judge.

“Because I’m paying for these kids’ educations so you don’t have to shoot them in the back or lock them up,” she replied.

But for Scantlebury, the memory is equally notable because of the union lawyer who stood next to her, supporting their case.

Scantlebury was so determined to serve working families in a similar capacity that he passed up a full scholarship from another law school to attend NYU in 1988 at full cost because of its tradition of turning out public service lawyers.

He says he loved his NYU experience. Highlights include being chosen after his first year for a Root-Tilden Scholarship, which then covered part of his tuition; pursuing a joint degree at the Robert F. Wagner School of Public Service; studying with classmate, friend, and now Second Circuit Court of Appeals Judge Raymond Lohier ’91 under adjunct professor and Third Circuit Court Judge A. Leon Higginbotham Jr. and long-term visiting professor Derrick Bell Jr.; and serving as Northeast regional director of the Black Allied Law Students Association to help advocate both that the region’s law schools enroll more blacks and Latinos and that there be jobs for those students when they graduate.

He is proud of helping to found NYU’s High School Law Institute, which creates a moot court experience for high school students.  “What came of it for me is a belief that our young people can achieve anything,” says Scantlebury, who remained in touch with some of these high school students for years after he left NYU.

Scantlebury thought his calling was to be a union lawyer. So, after completing his law degree in 1992, he took a job as an associate with the employment firm Eisner, Levy, Pollack & Ratner, P.C. for under $30,000 a year. That experience launched him on a 15-year journey through government and direct advocacy for the poor that uniquely prepared him for his national education work at Gates.

As a staff attorney in the U.S. Department of Labor’s Office of the Solicitor, he gained federal civil rights experience working on federal contract compliance and employment discrimination cases. Then, as executive director of STRIVE/East Harlem Employment Service, he helped a local service organization aimed at assisting the chronically unemployed develop into a national organization. From there, he helped establish and served as the first director of the National H.I.R.E. Network, an ex-offender employment clearinghouse, which further deepened his firsthand knowledge of the structural inequities that can throw poor families into despair. Next, as a staff attorney for the Youth Law Center, he turned his attention to advocating for children in the juvenile justice and foster care systems.

Then, in 2005, James Shelton, deputy director of the education program at the Gates foundation, suggested he apply for a senior policy position focused on education. Scantlebury says he was an unusual hire, given his relative lack of education experience. But he also says his skill and experience as a national advocate for working people—particularly people of color—prepared him to help in the foundation’s growing effort to improve secondary education.

When Scantlebury came on board, the foundation was in the process of helping to build thousands of schools to answer the question of whether you can still make a difference for kids who are already in high school. Scantlebury says the short answer is yes. But he adds that his goal—and the goal of the foundation—is not to develop “Gates schools.” Rather, it is to facilitate a national effort to make college-ready the baseline standard for American high schools. Scantlebury describes college-ready by its end goal, enrolled in college or other postsecondary study and not in non-credit-bearing remediation courses that do not lead to degree completion:  “College completion is the point.”

Part of Scantlebury’s job over the past five years has been to give grants to schools, state education agencies, and other organizations advocating for reforms in cities such as Washington, D.C., Boston, and New York. Another part is to represent the foundation publicly on hot-button issues like teacher accountability and what to do about the roughly 2,000 schools that produce the most dropouts.  Most critically, though, he has been trying to elevate a national conversation about improving outcomes for all students.

“Presently I’m making sure that the civil rights community is informed and involved and has no reason to stand apart from the education reform world,” says Scantlebury, noting that he has worked with organizations like the National Urban League and National Council of La Raza to support the Common Core State Standards Initiative, a national movement designed to ensure that students are prepared for post-secondary education.