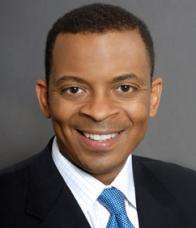 Anthony Foxx ’96 has led a remarkable life, rising from humble beginnings to become one of the most charismatic leaders in modern politics. From serving as the first black student body president at Davidson College to becoming the youngest mayor in Charlotte, North Carolina’s history, Foxx has proved himself to be a capable pioneer. So it is only fitting that this trailblazer is now set to break new paths on behalf of the entire nation—literally. President Obama recently tapped Foxx as his nominee for the next United States Secretary of Transportation, where Foxx would lead the planning and support of the nation’s roads, air, and sea-based transportation networks.
President Obama cited Foxx’s steadfastness in turning around Charlotte’s economy in the wake of national financial crisis as one of the many reasons he is fit for the job. In his time as mayor, Foxx has headed a new streetcar project involving modern electric tram service, expanded the international airport, and extended the city’s light rail system.
“The economy is growing. There are more jobs, more opportunity,” President Obama said during the announcement. “And if you ask Anthony how that happened, he’ll tell you that one of the reasons is that Charlotte made one of the largest investments in transportation in the city’s history.”
Foxx and President Obama have long enjoyed a close working relationship of mutual respect and admiration. It was Mr. Foxx who eventually secured Charlotte as the site of the 2012 Democratic National Convention leading up to President Obama’s historic reelection.
As for his humble beginnings, Foxx was born to a single mother and raised by her and his grandparents. But from the start, Foxx was enchanted and nurtured by the world of politics. From an early age, he helped make election signs after school. Politics permeated the family dinner discussions, and aspiring politicians called at the house in search of advice from his maternal grandfather, an elder statesman of Charlotte politics.
Although his family was not affluent, he grew up surrounded by influential local African American civil rights leaders—family friends include Harvey Gantt, US Congressman Mel Watt, and civil rights attorney James Ferguson II. Then Foxx’s education broadened his horizons. He attended West Charlotte High, a once all-African-American school that became a model of successful integration. “It was a place where the wealthiest white residents sent their kids to sit right alongside middle-class and poor African American kids,” Foxx said. That experience made him comfortable with people of different races and economic circumstances. “I didn’t live my childhood with the walls of separation that my mom and grandparents knew. I didn’t see a wide gulf between people,” Foxx said. “It gives me the ability to lead differently.”
At Davidson College, Foxx, one of just 68 black students, was elected student council president. “He connected with the students. They respected him and felt that he could look out for a broad range of people,” explained Ferguson’s son Jay, who co-wrote a college newspaper column with Foxx.
Graduating from Davidson in 1993 with dreams of becoming a civil rights lawyer, Foxx chose NYU Law, and attended as a Root-Tilden-Kern Scholar. “There was no close second,” Foxx said. “NYU had a strong footprint in honing public interest lawyers.”
Through Professor Randy Hertz’s Juvenile Defender Clinic, he had the opportunity to represent troubled youth at the Family Court in Brooklyn. “He had a real commitment to tackle and reform injustices of all sorts, especially those that affected powerless and disadvantaged people,” Hertz said.
Foxx went on to work in every branch of the federal government. He served as a law clerk for Judge Nathaniel Jones of the US Court of Appeals for the Sixth Circuit, a trial attorney for the Civil Rights Division of the Justice Department during the Clinton administration, and a staff counsel to the House Judiciary Committee. There, he met his wife, Samara, an attorney. The couple now has two children.
Just four years after winning a seat on the city council, he was elected mayor of Charlotte, electrifying a city that had been governed by the same mayor since 1995. At 38, Foxx became the city’s youngest mayor and the second African American on the job (Gantt was the first). With his election he also became the first Democrat to hold the part-time office since 1987. “It’s been 22 years since we’ve had this moment,” Foxx told a cheering crowd after the votes came in. “We will work together—Republicans, Democrats, and unaffiliated; white and black and Hispanic.”