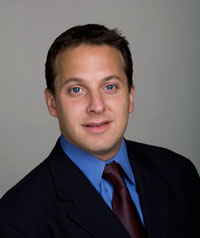 Three years after graduating from NYU with a joint degree in law and business, Jonathan Wolfson ’00 bought a $600 car on Craigslist and drove from New York to Palo Alto, where, in the quasi-mythical tradition of Steve Jobs and Steve Wozniak, he and a college friend hoped to launch a company from their garage that would change the world.

But unlike Jobs and Wozniak, who started out as 20-something tinkerers, Wolfson had trained for years at NYU to earn graduate degrees in law and business and had earned his financial bona fides by founding a financial software firm. He now planned to funnel all those specialized skills into launching a hugely capital-intensive gamble to transform algae into biofuel.

“The scope of the ambition was colossal,” says Wolfson. “We intended to produce the first widescale technique to produce oil for fuels.”

Wolfson and his friend Harrison Dillon first hatched the plan to start a company that would use biotechnology to solve environmental problems as undergraduates at Emory University in the early 1990s. But like most college business pacts, it was more an expression of the calling to become an entrepreneur than a plan.

So in 1994, shortly after graduating from Emory, Wolfson enrolled in NYU Law with the thought that the degree could serve his business instincts. Following similar reasoning, he decided during his second year to pursue a joint degree from the Stern School of Business.

“Bottom line: I wasn’t clear what I wanted to do,” recalls Wolfson. “But I thought finance and economics could be extremely powerful tools to add to my skill set.”

Meanwhile, he was also wrestling with a strong impulse to devote himself to socially meaningful work. So in 1996 he approached then-Dean of Students Oscar Chase with a proposal to take a leave from NYU to volunteer on the Navajo reservation outside Tuba City, Arizona. Wolfson had thought the plan out, convincing the white-shoe Manhattan firm Fried, Frank, Harris, Shriver & Jacobson—where he had interned—to pay his salary. And the Navajo Nation gave him a temporary admission to their bar. Chase fully supported the project and told Wolfson to take as much time as he needed.

Wolfson left NYU for a year and a half and spent much of it on the reservation doing legal aid work. The majority of his work focused on emotional and challenging domestic violence cases. “It was an unbelievably rewarding experience,” says Wolfson, who lived without electricity or a telephone. “But I also came to realize that I wasn’t going to be able to make a career out of it.”

So he returned to NYU in 1998 and devoted the next 18 months to completing both his law and business degrees. Meanwhile, he and Dillon—who was completing his doctorate in genetics—were still compelled by the idea of launching an environmentally focused biotech company.

They were particularly interested in research demonstrating that some types of algae produced oil and hydrogen suitable for fuel. Perhaps, they theorized, that data could be the basis for a biofuel company. The trouble was that no one in academia had conducted the basic genetic research to develop tools to optimize the algae, and the idea of doing the basic toolkit research in addition to the invention work seemed too ambitious.

So Wolfson and Dillon shelved the idea, and Wolfson focused his final few months as a student on raising capital to launch a financial services software company called InvestorTree. He ran the company for two years, and then took a job as an executive at another software firm. All the while, though, he and Dillon continued to discuss and contemplate the algae project.

Then in the early 2000s, when the Human Genome Project was drawing to a close, some of the excess gene-sequencing capacity was used to conduct new algae research at Stanford and Duke. Wolfson and Dillon believed that research yielded enough new data for them to develop a reliable strategy to optimize the algae.

That’s when Wolfson decided to join Dillon in Palo Alto. Their plan was to build both enclosed photo-bioreactors and ponds where the algae would be exposed to direct sunlight and, through photosynthesis, produce oil. They called their company Solazyme and secured seed money, first from family and friends and then from Silicon Valley’s famously adventurous venture capitalist community.

But in 2004, one year into the life of the company, disaster hit: They realized that the ponds were not going to produce oil at the economics or scale that they had promised their investors. “It was a real meet-your-maker moment,” remembers Wolfson. They swallowed hard and asked their investors for a new round of funding to try a largely untested method, which involved feeding plant sugars to algae in the dark with the idea that the algae would convert the sugars into oil.

“The new process worked exceedingly well,” says Wolfson. “We soon realized that we were really a renewable oil company, which can go into many kinds of products from cosmetics to nutrition to chemicals to fuels.”

That reimagining expanded the potential markets for Solazyme. Over the next few years Wolfson developed partners as diverse as the cosmetics giant Sephora and the U.S. Navy.

Still, Wolfson and Dillon kept their eye on the larger goal of producing renewable oil for a biofuel that would make a significant and lasting contribution to improving the environment. To that end, the company focused on developing fuels for jets and ships, which have particularly large carbon footprints and are not, like cars, likely to run on electricity anytime soon. Their efforts were rewarded this year when the Navy and United Airlines successfully tested their algae-based fuels.

The scope of Wolfson’s entrepreneurial ambition has been consuming. Some years he estimates that he has spent six months on the road and away from his wife Nelly, who recently completed her master’s degree in literature at San Francisco State University. He acknowledges that he may have to let up on that schedule this spring, since the couple is expecting their first child, a girl.

Then again, the success of the destroyer and commercial airline tests means that he is now focused on dramatically scaling up production. Moreover, he is still driven by the thrill of finding the junction between commerce and world-changing work. “It gets me to spring out of bed in the morning,” he says, “and sometimes it makes me smile randomly after a hard day.”