Alumnus of the Month December 2011 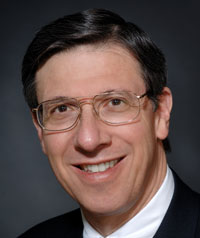 Anthony E. Davis LLM ’71 was included in this year’s edition of The Best Lawyers in America for his work in ethics and professional responsibility. As a partner at Hinshaw & Culberson in Manhattan, he advises law firms on issues ranging from all aspects of professional responsibility to protecting client privacy in the digital age. And as a lecturer-in-law at Columbia University School of Law, an author, and a columnist for the New York Law Journal, he is helping to forge a national debate about how law firms can better manage their risks. He recently sat down to discuss his unusual career trajectory, the challenges of representing lawyers, and what he considers the challenge facing the American legal profession today.

You’re known as a lawyer’s lawyer. What does that mean?
What I do is quite unusual. I am part of a practice group at Hinshaw called Lawyers for the Profession. To the best of my knowledge, we are the only national practice in the country that focuses exclusively on advising and representing lawyers from soup-to-nuts, cradle-to-grave. My particular focus is in professional responsibility and risk management. So I spend my days advising firms on improving the way in which they provide services to their clients while maximizing profits and minimizing their own risks.

You’ve become a national voice on legal ethics. What’s the biggest ethical challenge facing the profession?
Right now my energy is focused on getting the American profession—and particularly the large firms—to establish a collective voice to grapple with the fact that the 50-state, multi-agency regulatory system that governs lawyers only made sense when the fastest mode of communication was on the back of a horse. That system does not work in the Web 2.0 world, and it is putting American lawyers at a global competitive disadvantage.

How so?
The chief reason is that lawyers in America are not allowed to practice in states where they are not admitted to the bar. As a result, clients often have to hire multiple lawyers in multiple states. At the same time, we see American lawyers violating these rules every minute of every day in order to try to provide seamless service. On an international level, the regulators in places like England and Australia are focusing on finding ways to make legal services more competitive. So it stands to reason that more and more global clients are going to start taking their business to places like England, where because of the new regulatory structure, they will be able to get their work done there more efficiently and less expensively.

So is the idea to move to a national or even international regulatory system?
Ultimately, yes. But there is enormous resistance to even the idea of moving to any new system even on a national level because regulators and bar associations all have their turf, jobs, and prestige to protect.

Sounds like an uphill battle against entrenched interests. Did you start out your career wanting to think about risk and ethics?
Not at all. I went to Cambridge University and wanted to be a criminal lawyer in the courts of London. I got my law degree in 1970, but I was only 21 and didn’t feel ready to practice. So I applied to NYU’s LLM program in criminal justice, where I was one of four criminal law education and research fellows.

How did that experience shape you as a lawyer?
Coming to the United States gave me a much broader perspective about the legal principles and institutions that I had grown up with and until then had taken for granted. It was mind-expanding to take courses at NYU in American sentencing law, medical legal jurisprudence, and Cherokee law from teachers I greatly admired like Donald Shapiro, who became dean of New York Law School, and former deputy attorney general and federal judge Harold Tyler.

Why, then, didn’t you go into criminal law?
I did not—and still do not—believe in the plea bargaining system upon which the American criminal justice system rests. I think the idea of bargaining for justice is abhorrent and the antithesis of reaching appropriate legal outcomes. It coerces people to plead guilty to crimes that they didn’t commit to get out of the system. It is interesting that 40 years after I wrote a law review article contrasting plea arrangements in England and the U.S. there is a new crop of cases this term in front of the U.S. Supreme Court addressing the same issues.

So how did you move into ethics and risk management?
I like to say that I owe my practice to John Dean and Richard Nixon. I returned to the United States in 1972—after working for a couple of years in London—to teach at New York Law School. In the late 1970s, following Watergate, the American Bar Association mandated that law students take two credits in legal ethics. So I started teaching that course in 1979 (by then I was an adjunct professor) and slowly began to get engagements to advise lawyers on professional responsibility issues. Then the savings-and-loans crisis hit at the end of the ’80s. I saw a need to expand my work in this area, and I decided to make this the focus of my practice.

Did you represent the savings-and-loans industry?
Quite the opposite, I wrote about it. The federal government sued one of the major New York City firms for $250 million for allegedly aiding and abetting a failed savings and loan. In the course of the suit, the government froze the firm’s assets. As a result, the firm settled the case for roughly $40 million in just a few weeks. This caused a huge furor in the profession. So I wrote a piece for the New York Law Journal in which I posed questions the partners might want to ask management in such circumstances—notably how the expletive did we get into this mess? And what on earth could (and perhaps should) have been done to prevent it? That is where I first publicly used the phrase risk management.

You turned the article into your book Risk Management: Survival Tools for Law Firms. How did you turn the book into a full-time practice?
I figured out pretty quickly that lawyers and law firms were going to resist paying me to advise them on these issues. Lawyers tend to think they know how to do things they really don’t know how to do—like manage their firms. I next concluded that the people most likely to gain from improving the way law firms were managed were their malpractice insurers. They understand risk management. So I pounded the pavements and found brokers and insurers who thought this was a great idea and hired me to work with their insured firms. The practice took off in 1995, and as I mentioned earlier I am now part of a national practice group of very able lawyers all engaged in the same practice focus.

So you say the big task now is to nationalize—or even globalize—the American legal regulatory system. What’s the endgame?
I can envisage a national stand-alone agency that sets national regulatory standards, including a uniform set of ethics rules, to replace the state-by-state system we have today. This is a natural corollary to the national bar exam already being debated, which would also assist in making the state-by-state regulatory systems obsolete. A single, national regulatory structure would make it easier for lawyers to offer seamless service to their clients across the country. The question is will these changes happen fast enough to keep American firms competitive? I’m a gadfly, so I try to go to places and put myself in front of groups that might listen—or need to listen—to this message. Ultimately, though, my view is that change is only going to come if the clients and large law firms get together and demand changes because the current system is inefficient, outdated, and is making it harder for American lawyers to compete globally.