Alumnus of the Month August 2011 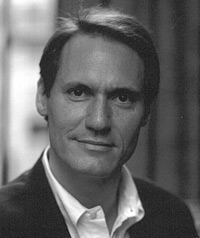 Executive Director of New York Lawyers for the Public Interest

In the last few years Michael Rothenberg ’91, the executive director of New York Lawyers for the Public Interest, has overseen a team of attorneys and activists who have fought to remove toxins from public schools, end widespread Medicaid discrimination, and win aid for the families of union workers killed on 9/11.

“My goal has been to create a center where lawyers and community organizers can come together to create lasting social change for people in communities in need,” says Rothenberg.

This broad mandate is driven by the idea that modern civil rights advocacy is as much about ensuring rights of opportunity as it is about protecting strict legal rights. In Rothenberg’s formulation, that can mean fighting for park space in communities that have high concentrations of waste treatment plants or for hospitals to provide multilingual care for non-English speakers.

He traces his sensitivity to—and passion for—the needs of the underserved to his boyhood on Manhattan’s Upper East Side, where, during the late ’60s and early ’70s, he watched his parents fight to find schooling for his developmentally disabled older brother. “My parents were highly educated and sophisticated, and yet they struggled to get him any kind of services,” remembers Rothenberg. “He eventually had to leave public school because there were no programs for him.”

Rothenberg first became interested in politics while at Hamilton College, where he was deeply involved in the anti-Apartheid movement of the mid-1980s. Through his South African activism, he met and was mentored by the late civil rights lawyer Haywood Burns, an activist, litigator, and legal scholar. “Heywood demonstrated to me that you can effect change as a public interest lawyer on several levels at once,” says Rothenberg.

Rothenberg felt pressure from his father to apply to Harvard or Columbia. But the son set his sights on NYU Law. “I wanted to get out of the classroom to apply what I was learning.” says Rothenberg. “And NYU’s support for public interest law students was unmatched.”

Indeed, shortly after arriving at NYU in the fall of 1988 he won a Public Interest Law Foundation Fellowship, which funds students to work for nonprofits. He used the money to work at NYLPI, where Joan Vermeulen, the executive director at the time, asked him to help draft a bill of rights for people with mental illness. “These people were warehoused in extremely restrictive adult homes,” says Rothenberg, who points out that even as an intern his purpose was to raise broader public interest in the plight of the organization’s clients.

Rothenberg’s hunger for on-the-ground experience continued to be rewarded at NYU as he rose to become president of both the Public Interest Law Foundation and Equal Justice Works, an organization devoted to providing funding for public advocacy training to law students across the country. Perhaps most formatively, though, he was awarded an Arthur Garfield Hays Civil Liberties Program Fellowship as part of a program run by Norman Dorsen, the Frederick I. and Grace A. Stokes Professor of Law, and Sylvia Law, the Elizabeth K. Dollard Professor of Law, Medicine and Psychiatry, and now also by Helen Hershkoff, the Herbert M. and Svetlana Wachtell Professor of Constitutional Law and Civil Liberties.

“They were giants in the public interest world,” says Rothenberg. “They gave me a platform to explore a range of work from big impact litigation to launching demonstration projects.”

Rothenberg was still searching for his niche as an attorney when he graduated in 1991 and over the next several years as he continued to seek out an array of experiences. He started as a litigator in the housing unit of Brooklyn Legal Services, then won a fellowship at the Rockefeller Family Foundation, where he tried out philanthropy. He subsequently worked on jury reform at the Vera Institute of Justice. “I enjoyed each of these jobs,” recalls Rothenberg. “But I invariably found myself drawn to institution-building.”

Joan Vermeulen, his old boss at NYLPI, gave him an opportunity to focus that interest in 1997 when she asked him to rejoin the organization as associate director. In those early years, he helped oversee a skeleton staff of 14. Much of his attention was focused on keeping the operation running, which meant overseeing such nuts-and-bolts tasks as coordinating an office move, servicing the computer system, and setting up employee retirement accounts.

Gradually, though, he began to develop a vision for deepening NYPLI’s impact on its clients’ communities. So when he was named executive director in 2001, he set to work developing the organization’s ties with community-based organizers and more fully leveraging the pro bono firepower of New York City’s elite corporate legal community.

Those efforts translated into rapid growth and increased leverage. “When I started, we placed fewer than 50 pro bono cases a year,” says Rothenberg. “Today we have nearly 100 law firms who participate in our pro bono clearinghouse, and we place over 250 cases a year.” At the same time, he has tripled his operating budget and, in turn, the staff.

“We now use several tools at once to effect change,” says Rothenberg. “We litigate, we organize, we call on the media, and we go to City Hall to get our clients’ voices heard.”

Rothenberg and his team recently put this model to work when several parent groups reached out to NYPLI complaining that the Department of Education was balking at replacing school light ballasts, which were leaking PCBs. The case had particular resonance for Rothenberg, whose three children attend schools possibly outfitted with the leaky ballasts.

Rothenberg’s team responded by calling in the Environmental Protection Agency; bringing litigation; and launching a media campaign that was picked up by the New York Times, NPR, and the Wall Street Journal. This spring the city bowed to pressure and agreed to launch a $700 million cleanup in 772 schools.

The New York Times Company took notice of Rothenberg’s leadership last year when it made NYLPI the first legal organization to take one of its top three prestigious Nonprofit Excellence Awards, which recognize management excellence in the city’s nonprofit community.

For Rothenberg, though, the organization’s success is ultimately found in the steady stream of young lawyers, activists, and clients eager to join in its mission. He frequently advises attorneys who are establishing nonprofits. NYU Law students still intern for NYLPI, and his own 16-year-old daughter is already agitating to join their ranks. “The goal,” says Rothenberg, “is to keep a diverse pool of young versions of me coming through this office.”