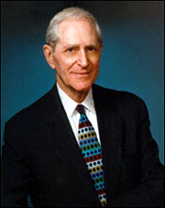 Stanley S. Weithorn is currently Counsel to Roberts & Holland. In addition to the time he spends practicing as a tax lawyer he also serves on a total of twelve charitable boards and operates his own foundation.

Mr. Weithorn has had a unique career during his 48 years as a practicing tax lawyer. He was the first lawyer in the United States to specialize in a then non-existent field of charitable tax law and created, in his firm, the first-ever charitable tax department. As a part-time academic he wrote the first work in the field, a seven-volume treatise; founded and chaired the first series of educational conferences on the subject of charity and taxes; taught the subject as an adjunct professor at two law schools; dedicated at least 20% of his practice time to small, financially starved charities; was responsible for planning clients' estates so that well over a billion dollars that would have gone to the IRS has been directed to charitable purposes; and wrote charitable legislation that became part of the Internal Revenue Code.

Mr. Weithorn received his B.A. in Business Administration from Hofstra University in 1947. He received his JD in 1954 and LLM in 1956 from NYU School of Law.

What is your area of specialization and how did you come to practice in this area?
I commenced practice in 1956 as a "Wall Street" corporate tax lawyer. In 1960, because I felt a personal obligation to assist those less fortunate than myself, I commenced doing pro bono work for small charities that could not afford to pay legal fees. I assumed that this pattern of billable corporate work and pro bono charitable work would continue unchanged. I was wrong!

It seems that the key executives of the charities that I had been assisting attended meetings of organizations of nonprofit executives at which they discussed the fact that they were being aided by a tax lawyer who had expertise in charitable tax law.

As a consequence, I began receiving calls from major charities who explained that their respective law firms would assign young associates to tax matters since the firms had no specialists in the charitable tax area. I had a series of interviews and was retained by several substantial charities.

About that time I had been speaking with law book publishers since there were no texts in the field of charitable law. I selected Matthew Bender and the first volume of what eventually became a seven volume treatise was published in 1964.

Although I had a solid business practice, I fantasized about a full-time charitable tax practice. With the unexpected connections that the executives from my pro bono group of clients had generated for me and the impact of my text being published, I began to feel that my former fantasy might become a reality. Gradually, I began to build a charitable sub-unit within the tax department that I headed and, eventually, I transferred all my business clients to other partners. Thus was created the first ever charitable unit within a US law firm. And that unit continued what I had started in the pro bono area as well.

The pro bono case that I am proudest of ran from 1973 to 1977. It came to me through the ACLU. Prior to that time, no gay or lesbian organization had been able to achieve recognition of tax exempt status through the IRS, but after four years and $110,000 of unbilled legal time the case was concluded successfully and since then there has been no problem in that area. Shortly after the conclusion of that case, I was at an intimate dinner party at the home of a co-founder of the gay activist movement and, as we sat over our coffee, he asked me the following question: "You are not gay, no one in your family is gay, you had no special connection with the gay community, yet you expended four years of uncompensated legal time and risked your professional reputation to fight this battle on our behalf. Why did you do it?" I answered that being Jewish, I understand the extreme importance of taking a stand against discrimination.

I was honored on May 12, 2003, in Washington, DC by the National Gay and Lesbian Task Force for my many years of service for this important social issue.

Describe recent legal developments in your area, and where do you see this field of practice in 5 years?
Not counting my efforts during the 1960's, the real development of charitable tax practice commenced with the Tax Reform Act of 1969, which totally rewrote the law in the charitable area. It has been growing ever since.

Many planning techniques that I evolved during the 60's, 70's and 80's have become more common in recent years. A developing area for charities involves engaging in joint ventures with profit-making organizations and/or individual investors and establishing for-profit subsidiaries of their own. In the planned giving area valuation discounts have come into greater use as has the use of life insurance products.

Over the years you have been involved in numerous philanthropic efforts. Why do you believe philanthropy is so important? What responsibility, if any, does the Law School have in instilling philanthropic ideals into its students?
To its credit, the United States is the only nation in which private (non governmental) philanthropy truly flourishes. While there are many important things that government could or should be doing to solve some of the serious human needs problems of our society, the charitable efforts made by volunteers in the Unites States strengthens us as a nation.

As ethics courses, which were unheard of when I attended law school, continue to flourish we must recognize that we have become more of a money-driven society. That fact makes "instilling philanthropic ideas" in law school students as imperative.

What is the most rewarding aspect of your job?
Since I am semi-retired it does not happen that often any more but to me a great reward is being able to structure major charitable gifts for individuals and families who came to me for estate planning but had no interest in charity. I cannot claim that I convinced them to change their attitudes regarding gifts to charity. However, when I was able to demonstrate that their children and/or grandchildren would inherit more if a charitable planning technique was adopted, suddenly, they "climbed on board." In a recent case a $700,000,000 estate that, without charitable planning, would have paid almost $400,000,000 in estate tax actually paid, after a multi-year audit, a grand total of $33,000,000 in estate tax and the family foundation was enriched by about $250,000,000. A current case involves a $32,000,000 estate in which we paid a total of tax of only $3,000,000 but produced an unexpected $4,500,000 for charity.

Who are your role models in the legal profession?
My role models have served on the US Supreme Court, such as Louis Brandeis, Thurgood Marshall, William Brennan and Harry Blackmun.

What was your first job out of law school?
My first job was with the firm of Olwine, Connelly, Chase, O'Donnell, and Weyher. It was an ideal place for me to start because it was small, but as an offshoot of Cravath, Swaine & Moore, it functioned like a mini-model of Cravath. I was 31 years old, a World War II three-year combat veteran with four years of business experience. Having completed my LLM in Taxation at the top of my class I was offered other opportunities at the best firms in New York City but always as the sixth, seventh or eighth lawyer in the tax department. I was too mature to spend a couple of additional years buried in research with no client contacts. Olwine gave me the opportunity I wanted and within a matter of months I was doing all the tax work for major business clients.

How do you balance work and life?
Although I was a committed workaholic, I fully understood the need todevelop a balance between work and family life. My late wife (a full professor at City University) and I worked out schedules that allowed us to keep our very strong marriage fully viable for 38 years until her untimely death at 58. Our two children needed a father as well as a mother, which I clearly understood. Thus, except for the once or sometimes twice a week when I had to stay late in the office, I would get home by 7:00 PM. When the kids were younger I would put each of them to bed with goodnight stories and then dine with my wife. As they grew, they would wait until 7:00 so that the four of us could eat together and talk about a variety of subjects. In both cases (when they were younger and when they were older) my routine was to settle down at about 8:30 PM and work anywhere from three to five hours before going to bed. Now that those kids are 50 and 46 respectively, it is pretty clear that our form of upbringing worked.

If you could chose another profession to be in, what would it be?
Would I chose another profession if I could? That is a neat question. Twenty years ago I was asked by our local high school (from which our kids graduated years before) to address the elite members of the about-to-graduate class about my profession. I was anxious to get their attention at the start so I said: "I'm 58 and most of you are 18, so I'm 40 years further along than you are now. If a genie popped out of a bottle and offered me the opportunity to go back to my youth and live the years all over again in any way I chose I would decline that opportunity. Most importantly, I am quite satisfied with how I lived my life over the past 40 years. If in 40 years, you will be able to say what I just said than you will have it made. Now, let's talk about what I do professionally." That little speech got them so interested that we spent a great two hours together.

I didn't mean to duck the answer to the question and there is one thing that would tempt me. If I was offered the CEO spot in a several hundred million dollar foundation with a high level of control in my hands I would be sorely tempted to make that move. It makes me think about all the good I could do.

What advice would you give to current students?
I would simply expand upon what I said in the first portion of my answer to the previous question. A wise person once said: "Life is not a dress rehearsal." Too many people do not seem to understand that. If you are not happy with where you are or what you are doing don't keep hanging around. Make a change and try to turn your life around. I met a lawyer last year and asked if he was still practicing. He said, "Oh, no. I was a criminal defense lawyer for 30 years and when I finally had saved enough money to get along I quit." After he walked away I said to myself: "That man doesn't understand that he burned 30 years of his life."

In addition, don't allow money to become your god. I started with nothing and got most of my education at night. Nevertheless, as I explained in response to an earlier question, I declined the opportunity to become very rich servicing major business clients and, instead, elected to practice in the charitable field where I had the extreme pleasure of being intimately involved with client organizations who were serving humanity.