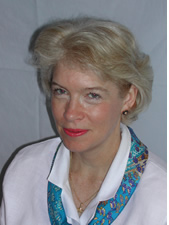 Kristina M. Gjerde currently serves as high seas policy advisor to the Global Marine Program of IUCN-The World Conservation Union. Since graduating from New York University School of Law in 1984, Ms. Gjerde has specialized in admiralty and corporate law at the New York City law firm of Lord, Day & Lord, served as a research fellow at the Marine Policy Center of the Woods Hole Oceanographic Institution and at the Law School of the University of Hull (UK), served as legal advisor to Environmental Investment Partners in Eastern Europe, and as a consultant with a variety of environmental organizations.

Since 1993 she has represented the World Wild Fund for Nature (WWF) at the International Maritime Organization (IMO) in London where she developed the concept of "Particularly Sensitive Sea Areas" as a tool to protect sensitive marine environments from the adverse impacts of shipping activities. In 2003, she was selected for a prestigious three-year Pew Fellowship in Marine Conservation to promote comprehensive protection and sustainable use of the oceans beyond national jurisdiction.

Though seemingly remote from marine environmental law, the UNITAR internship helped to prepare me in two ways for what I am now doing: First, it exposed me to the fascinating process of policy-making at the United Nations. Second, it expanded my knowledge of satellite surveillance technologies, which are a key tool for monitoring and enforcing marine environmental laws in areas far away from coastal ports.

After law school, the admiralty department at Lord, Day & Lord gave me a useful overview of international law as applied to the business of shipping. However, after my husband introduced me to the wonders of scuba diving, I fell in love with coral reefs, and became more intent on protecting what was in the water than in the commercial activities above it.

Determined to learn more about what I might do, I applied for a research fellowship at the Woods Hole Oceanographic Institution's Marine Policy Center. Once there, the first project I did was a survey of international wildlife and environmental law that could be used to improve protection of coral reef ecosystems. Through this report, and active participation in the negotiation of a protected areas and wildlife agreement for the wider Caribbean region, I quickly saw that it was possible to be a force for constructive change.

This Caribbean agreement, known as the SPAW Protocol, was one of the first to adopt an "ecosystem-approach" to the conservation of an interrelated system such as coral reefs-mangroves and seagrasses. This set the pattern for my future work, which has been a combination of legal research, policy analysis and advocacy for the better use of existing laws and their development for improved ocean conservation.

In October 2003 you received a Pew Marine Conservation Fellowship to investigate and promote opportunities to improve high seas governance. In your time spent on this project thus far, what do you believe is the most pressing problem facing the high seas today? Are you yet in a position to determine what can be done to help?
As high seas policy advisor for IUCN-The World Conservation Union, one of my priority activities is to press for urgent and immediate action to protect the incredible diversity of animal life found in the deep sea from the impacts of high seas bottom trawling. Though high seas governance is in need of vast improvements, high seas bottom trawling is almost entirely unregulated at the international level, is extremely destructive to fragile deep seabed ecosystems, and is expanding rapidly. Thus it requires global action now.

Bottom trawling involves the dragging of gear weighing up to five tons across the seafloor to catch fish. Technological advances now enable these trawlers to reach 2000 meters below sea level, and target fish species that dwell in rough and rocky surfaces such as seamounts and deep-sea coral reefs. Scientists fear that this deep sea bottom trawling is destroying many new, unique and ancient species, including some that may exist only on a small patch on a single seamount. It also crushes thousand years old deep-sea coral reefs and complex seamount communities that scientists now realize provide vital habitat for many bottom dwelling and open ocean species. Moreover, it targets fish stocks whose life history characteristics of slow growth, long life (130 years for orange roughy) and late maturity (no reproduction until over age 30) make them very susceptible to overexploitation. Past practice has led to serial depletion of fish stocks from seamount after seamount, denuding vast areas of the seafloor in as little as three years time.

It is already widely recognized that this form of high seas fishing must be made subject to international rules that prevent overexploitation and protect habitat and biological diversity, similar to those already agreed for migratory fish stocks and fish stocks that straddle national and international waters. However, the international process can take years. Thus, together with many scientists and conservationists, we are calling for immediate protection of seamounts, deep water corals and other biodiversity hotspots from high seas bottom trawling until these vulnerable areas can be identified, and measures to protect them adopted and enforced, including effective international management measures for bottom trawl fisheries in these areas. A precedent for this sort of action is the UN "General Assembly Resolutions" that called for a moratorium on high seas drift netting back in the early 1990s.

The United Nations Convention on the Law of the Sea (UNCLOS) has laid down the basic framework for conservation and management of activities in the high seas. How will your work impact the UNCLOS and visa versa?
UNCLOS is one of the key tools of my work, but at present it provides only a blunt instrument. It declares general duties to conserve marine living resources and protect the environment, but contains no specific obligations or effective mechanisms to implement these provisions with respect to marine life and ecological processes beyond national jurisdiction. Thus my work also seeks to generate international momentum to build on UNCLOS to develop improved mechanisms to implement and enforce these provisions on the high seas.

Briefly describe for us a typical workday. What is the most satisfying part of your work? What are the greatest obstacles you face?
My "typical day" is of two sorts. When I am not traveling (50% of the time), I generally get up early to communicate with colleagues in Australia and New Zealand. Then I work on preparing briefs, policy recommendations or presentations for future international meetings, in consultation with a network of experts within IUCN, governments, non-governmental organizations (NGOs) and the scientific community first within Switzerland, the headquarters of IUCN, and the rest of Europe, and then later in the day with colleagues in the US and Canada.

When I am traveling, I generally attend conferences or workshops to discuss and promote high seas biodiversity conservation. A key element is also meeting with key government delegates to discuss policy issues, and with other NGOs to coordinate activities. Often I will help to organize "side events" and press briefings to highlight specific issues. For the February meeting of the Parties to the Convention on Biological Diversity we organized a side event on deep ocean and high seas biodiversity. A panel of scientific, fisheries and policy experts promoted the potential role of the Convention on Biological Diversity and its Parties in stemming the impacts of fishing activities on high seas biodiversity.

How does the current state of international relations impact your work, if at all?
Government funds for ocean science and management have always been low, but in the time of increasing budget deficits and pressing international concerns such as Iraq and poverty, it is hard to get governments to focus on a crisis affecting species and ecosystem processes many miles away. Yet as with climate change, human impacts on the high seas may have drastic and long-term consequences on humans as well as the seas. Thus you could say that the current state of international relations makes my work harder, but also more urgent.

Is admiralty law a difficult area to break into? What attracted you to this type of work, especially right out of law school?
What attracted me to admiralty law was its multi-national dimension, the private, commercial side of international law. Maritime law is attractive as an intellectual pursuit, e.g., trying to find the most advantageous location to arrest a debtor's ship. It is also highly technical. However, at the time I joined Lord, Day & Lord, the Whitehall Club, which is the main social arena for admiralty lawyers, did not yet admit women as members. Hence there were some true hurdles. Nevertheless, I worked with a marvelous attorney who did not let such past practices affect my professional development.

Who are your role models in the legal profession, and why?
One of my role models is Ambassador Satya Nandan of Fiji , Secretary General of the International Seabed Authority. With his excellent skills in chairing negotiations, he has helped to spur many international legal developments in ocean law, fisheries management and deep seabed mineral mining that seek to balance the interests of user groups with the needs for long term environmental protection.

My other role model is Elizabeth Mann Borgese, the late head of the International Oceans Institute, and promoter of oceans as the common heritage of human kind. Up to the very last, she was a passionate and convincing proponent of a long-term vision for improved oceans management and governance.

Following your three-year Pew Fellowship what would your dream project be?
A dream project for me would be to help develop a management framework for a specific high seas area, whether as a marine protected area or large-scale conservation zone. It would be a fantastic challenge to activate some of the international laws that can currently be used to protect specific high seas areas (through e.g. the International Maritime Organization, the International Seabed Authority, or the Convention on Migratory Species) and then to stimulate development of additional laws or mechanisms where necessary to enable effective ecosystem-based management and enforcement. This would require working closely with governments, international bodies, scientists, user groups, and many others, which is something I enjoy. It would also help set a useful precedent for ecosystem-based management of human activities on the high seas for the benefit of present and future generations.

What advice would you give to current students?
My advice would be two-fold: First, take full advantage of the opportunities provided by NYU School of Law, including its law clinics, internships and law reviews, to develop and practice skills such as clear writing, incisive thinking and persuasive presentations in a challenging but supportive environment. These skills are essential in your future working environment, no matter what field you may choose to pursue.

The second part is to get involved in pro-bono work. Though I have found it far more rewarding to work in a public law arena where I have a true interest and passion, I recognize that my time at a private law firm served as an excellent training ground, teaching and/or enhancing valuable skills. Pro bono work helped me to feel like I was contributing to the welfare of society while earning enough money to pay off law school debts. Perhaps my experience can help students realize that this sort of indirect route to public service is a viable and ultimately fulfilling choice.