Alumnus of the Month for August 2009 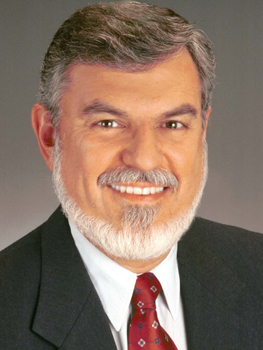 As a student at Philadelphia’s Drexel University in the late 1960s, Wayne Outten ’74 knew where his career was headed: Building on his involvement in the anti-war and civil rights movements, he was going to be a lawyer involved in civil litigation and civil liberties. Newspaper stories and reports on the evening news showed lawyers engaged in political action, and Mr. Outten saw a career opportunity. “I decided I’d like to make a living doing something that was socially useful,” he says. “Lawyers always seemed to be in the thick of things.”

In 1971, Mr. Outten enrolled at NYU School of Law and immersed himself in civil rights, civil liberties, and civil litigation. He became an Arthur Garfield Hays Civil Liberties Fellow; he worked closely with Professor Norman Dorsen, then-director (and now co-director) of the Hays program, whom he considers a mentor. After graduation, he traveled to Portland, Oregon, for a two-year clerkship with Federal District Judge Gus J. Solomon, a noted civil liberties advocate. “After that, I planned to come back to Philadelphia and go into private practice with a small, liberal firm,” he says.

Instead, his career took a different turn entirely: In a move that would permanently influence his professional life, Mr. Outten went back to NYU Law to teach an introductory seminar on legal research, analysis and writing. In Mr. Outten’s second year teaching, Professor Dorsen asked him to write a volume in a book series that he was producing for the American Civil Liberties Union, of which he was president. The topic? The rights of employees. “It was a turning point,” says Mr. Outten. “That was when my professional interest turned in the direction of employment law.”

Mr. Outten, who says he knew “absolutely nothing” about employment law, immersed himself in treatises, law review articles, and court decisions. The book, The Rights of Employees and Union Members, was published in 1984 after five years of research and writing. As he worked on the book, in 1979 Mr. Outten took a position with New York law firm Lankenau Kovner & Bickford, where he worked primarily as a civil litigator, handling cases from antitrust and securities to breach of contract and divorce. He also did transactional work. “I actually did hundreds of real estate transactions during the real estate boom in the 1980s,” he says.

In the early 1980s, Mr. Outten began applying his new-found knowledge of employment law to actual clients. Ironically, his first jury trial involved representing an employer—a publishing company that was a client of Lankenau Kovner—in defending an age discrimination case. Mr. Outten won the case—and steadily took on more and more employment matters, almost all on behalf of employees.

“By 1990, I was doing so much employment law on behalf of employees, I stopped doing everything else,” he says. “As an employee-side lawyer, you’re working directly with people who need your help,” he says. “It’s very personal, rather than just representing some institution. That’s what I liked best about it.”

Mr. Outten continues to find employment law engaging—and endlessly challenging. It involves negotiating a complex web of federal, state and local laws, common law doctrines, and procedural issues. And to complicate matters, the field of employment law is a moving target. “It’s constantly evolving and growing,” he says. “It’s a very interesting area of endeavor, professionally and intellectually. You can never really begin to think that you’ve mastered it.”

As Mr. Outten’s practice representing employees grew through the 1990s, his caseload was sometimes limited by the roster of corporate clients at his firm. If an individual sought Mr. Outten’s help in a dispute with her employer, he would first have to make sure there was no conflict of interest with any of the firm’s corporate clients. When the firm, by then named Lankenau Kovner & Outten, effectively became the New York office of Seattle-based Davis Wright Tremaine, he seized the opportunity to go out on his own. With partner Anne Golden, Mr. Outten launched Outten & Golden LLP, renting offices initially from Davis Wright.

Since the firm’s 1998 founding, O&G has grown to more than 30 lawyers; and in 2004, it opened an office in Stamford, Connecticut. Its employment matters range from short consultations to help employees deal with workplace issues such as harassment and discrimination, and transactional matters (such as employment and severance agreements), to complex litigation that can take years to resolve. Meanwhile, Mr. Outten has been active in the ABA’s Labor and Employment Law Section and in the National Employment Lawyers Association. He helped found NELA in 1985, and founded its New York affiliate in 1986, serving as its president for 16 years. Today, NELA counts more than 2,500 members in 68 states and local affiliates.

Mr. Outten also has made his firm something of a family business: His wife, Ginny, is O&G’s director of finance, and previously served as the firm’s executive director. The couple, who have two grown children—Ross, 31, and Sarah, 29—commute to O&G’s Park Avenue offices from their home in Manhasset, Long Island.

Although Mr. Outten’s early vision of a law career involving civil liberties did not encompass employment law, his career as an employment lawyer has fulfilled his goals of doing work that is socially useful and that helps people. He and the lawyers in his firm work to avoid unnecessary court battles, and they often take on clients that other law firms might turn away. “One of the things that distinguishes our firm from others is that, while we do litigate as and when necessary, we also try to help people without litigation,” says Mr. Outten. “We don’t just send them away. Just because they don’t have a legal claim worth pursuing doesn’t mean they don’t have a problem that we can help solve.”