Alumna of the Month February 2009 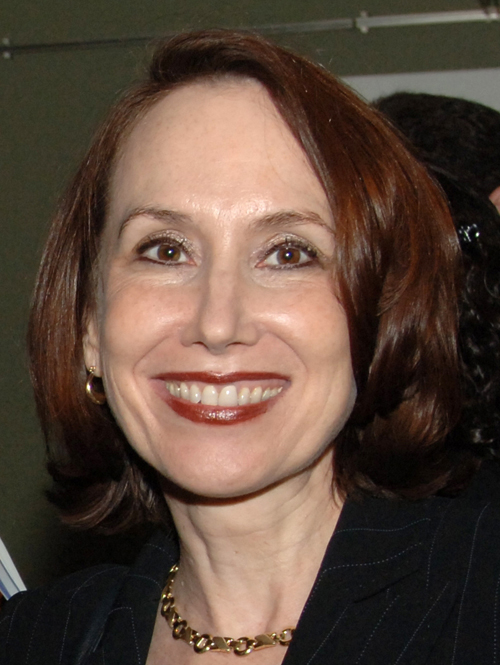 As a student at the NYU School of Law, Dorchen Leidholdt ’88 represented an 11-year-old girl accused of shoplifting. On the surface, it was a fairly trivial crime. But for Ms. Leidholdt, who was then working with clients of NYU’s Juvenile Rights Clinic, it was much more than a case of simple theft. “We’re talking about a little girl who had been strip searched,” she says. “She had been subjected to a violation of her dignity and rights. She was frightened and traumatized by authority figures.”

Ms. Leidholdt launched a detailed investigation that included numerous trips to the store that had filed the charges. She and a fellow student conducted in-depth interviews and worked with the accused to prepare her for a court appearance. (The charges were ultimately dismissed.) Ms. Leidholdt says the case offered an important lesson in public interest law: Pay attention to the client. Listening to clients and treating them with respect, she says, is a central part of being a good advocate. “At the clinic, you might be the first person outside their community to listen to them,” she says. “It was a transformative experience.”

It’s a lesson Ms. Leidholdt has taken to heart as Director of the Center for Battered Women’s Legal Services, the legal services program of the New York advocacy group Sanctuary for Families. The largest dedicated provider of legal services to victims of domestic violence in the country, the Center represents victims of domestic abuse; roughly 80 percent of its clients are immigrants with few or no resources to pursue their rights through the judicial system. The Center offers clients comprehensive legal services across a wide array of practice areas: criminal, family law, immigration, public benefits. Last year the Center extended its services to victims of sex trafficking.

Through Ms. Leidholdt’s 14 years of leadership, the Center has grown from two to twenty-two staff lawyers who work each year with close to 400 pro bono attorneys, becoming a beacon of hope for thousands of victims of gender-based violence who otherwise would have to negotiate the complex judicial system on their own. In 2003, with Jill Zuccardy ’90 as lead counsel, the Center successfully sued New York City in federal court for violating the rights of battered mothers charged with “engaging in domestic violence” and subjected to the removal of their children simply because the women were being abused. This summer, the Center was instrumental in opening the doors of the City’s Family Court to domestic violence victims who had previously been excluded, including unmarried victims and same-sex couples.

Ms. Leidholdt has long had a passion for women’s rights advocacy. As an English literature graduate student at the University of Virginia in the late 1970s, she counseled victims of sexual assault, including fellow students and women from the rural areas around Charlottesville, Virginia. She was dismayed when police and prosecutors turned a blind eye to the women’s abuse and resolved to work to change the system of legal impunity.  After moving to New York City and taking a job as an editorial assistant at Random House in 1977, Ms. Leidholdt continued her advocacy work with groups such as New York Women Against Rape. “I was an activist by night and an editor by day,” she says, laughing.

She decided in the mid-1980s to pursue activism full time, and figured the most effective way to do that was to get a law degree. An attorney, Ms. Leidholdt reasoned, can help individual victims while effecting wide-ranging legislative and policy change. “I thought becoming a lawyer would make so much difference in my ability to be an effective advocate for social justice,” Ms. Leidholdt says. “And I was right: it’s been an invaluable tool for human rights advocacy.” She has applied her legal education not only to her work on behalf of victims of domestic violence but also in the area of advocacy against human trafficking. In 1988, the year she graduated from NYU Law, she founded the Coalition Against Trafficking in Women, which now has offices in Asia, Latin America, and Europe as well as New York City.

Ms. Leidholdt says she was drawn to NYU Law because of its reputation as a leader in public interest law. Professor Randy Hertz, director of Clinical and Advocacy Programs, served as a significant mentor. Professor Hertz, she says, offered a model of how to practice law—and directly influenced Ms. Leidholdt’s approach to working with clients. “He taught me how to be a lawyer,” she says. “It meant treating clients with respect and caring, developing a relationship of trust, and going above and beyond.”

Like many law students, Ms. Leidholdt wondered how to balance a career in public interest law with a mountain of graduate-school debt. The answer came in the form of a Root-Tilden-Snow Scholarship, which afforded her the financial freedom to become a public interest lawyer after graduation. “In that respect, I think NYU is quite unique,” she says. “The Law School recognized the need to support students pursuing public interest legal careers. I will be forever grateful to NYU for making that possible.”

Ms. Leidholdt continues to support her scholarship program, now called the Root-Tilden-Kern, and welcomes a constant stream of NYU Law students who fill internships at Sanctuary for Families. She has hired a number of those interns as full-time staffers, including Amanda Norejko ’01, who is currently spearheading a statewide initiative to further economic justice for women by creating standards for awarding support to the non-monied spouses in matrimonial cases.

The position as the Center’s Director is a full-time affair for Ms. Leidholdt, who lives on Manhattan’s Upper West Side with her husband, Paulo Nascimento, a retired United Nations spokesperson and public information officer. More than a vocation, her work at the Center, she says, is her “mission in life.” And while she may spend long hours at the office, the line between life and work has long since been blurred. “This is my passion. It’s very motivating and very energizing,” Ms. Leidholdt says. “Sometimes I may go without sleep, but when I see the difference we can make in our clients’ lives it’s really worth it.”