Alumnus of the Month March 2009 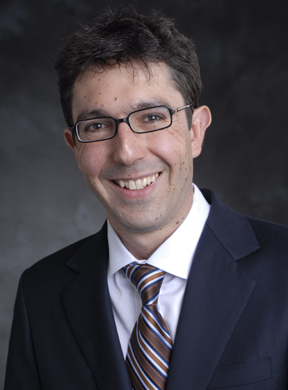 Growing up in South Africa during apartheid, Paul van Zyl LLM ’99 routinely faced the stark realities of the country’s racial and cultural discrimination: Family friends were assassinated, classmates disappeared. At home, Mr. van Zyl’s parents–both of whom were academics and vocal opponents of apartheid–took every opportunity to convey to their son the toll those policies were taking on South Africa. “They continuously told me that I was growing up in a country that was very unjust,” he says.

To fight those injustices, Mr. van Zyl saw no sharper weapon than a law degree–the same tool used by some of South Africa’s most revered anti-apartheid activists, including Nelson Mandela. “Law was an avenue to address the enormous injustice of apartheid,” says Mr. van Zyl. “For me, becoming a lawyer was pre-ordained.”

Mr. van Zyl devoted many years to fighting for justice in his home country–including a stint at age 25 as executive secretary of South Africa’s post-apartheid Truth and Reconciliation Commission. Now age 39, he has made a career out of helping other countries move past legacies of human rights abuse. As co-founder and executive vice president of the New York-based International Center for Transitional Justice (ICTJ), Mr. van Zyl has spearheaded efforts to assist countries victimized by racial and ethnic discrimination, torture and other mass atrocities.

Along the way, Mr. van Zyl developed a broad resume, including a 1996 law degree from University of the Witwatersrand in Johannesburg and a 1997 LLM in international law from the University of Leiden in the Netherlands. And, to broaden his scope Mr. van Zyl earned an LLM in corporate law from the NYU School of Law’s Hauser Global Law School Program in 1999. “NYU offered the opportunity to be exposed to a cohort of really gifted lawyers,” he says.

Based on his stellar academic credentials, Mr. van Zyl was designated a Hauser Scholar, one of up to a dozen outstanding foreign students each year who are offered full tuition and stipend. During his year at NYU, he marveled at the world leaders–from then-British Prime Minister Tony Blair to US President Bill Clinton–who addressed the LLM candidates. “There was a sense that the Global Law School was able to convene people of the highest caliber,” he says. “That NYU Law could attract them was incredibly impressive.” Recently, Mr. van Zyl has been awarded the NYU School of Law Recent Graduate Award. Awarded by his peers, the award recognizes the professional achievement of an alumnus who graduated no more than 10 years ago.

Following his graduation from NYU Law, Mr. van Zyl founded ICTJ  with colleagues Alex Boraine—a former NYU Law Global Visiting Professor–and Priscilla Hayner. Mr. Boraine had been chosen by Nelson Mandela to head up South Africa’s Truth and Reconciliation Commission, and Ms. Hayner is an expert on truth commissions and author of  Unspeakable Truths: Confronting State Terror and Atrocity (Routledge, 2001).  While both Mr. van Zyl and Mr. Boraine were involved in the Truth and Reconciliation Commission, Mr. van Zyl says he and his colleagues consciously avoided adopting that group’s approach as a global template for dealing with human rights violations. “We didn’t want to be traveling salesmen for what happened in South Africa,” he says. “Many of us felt it would be an enormous asset to draw conclusions from other places. We wanted to forge an institution that would give activists, victims and governments the ability to analyze how other nations have dealt with a violent past.”

Over the years, the center has worked in dozens of geographic hot spots, from Sierra Leone to Afghanistan. It played an important role in assisting in Peru’s Truth and Reconciliation Commission, which tackled decades of human rights abuses including alleged crimes committed by former Peruvian president Alberto Fujimori. The center also has worked in developed countries, addressing issues such as truth, justice and reparations in Canada, Northern Ireland and the United States.

In addition to his role at ICTJ, Mr. van Zyl–who lives in Park Slope with his wife, documentary filmmaker Johanna Hamilton, and sons Max, 5, and Theo, 1–is an adjunct law professor and director of the Transitional Justice Program at NYU Law’s Center for Human Rights and Global Justice. He notes that ICTJ has fostered a close relationship with NYU Law, including organizing the annual Emilio Mignone Lecture on Transitional Justice and regularly placing NYU Law students in ICTJ internships around the world.

Mr. van Zyl says he enjoys his continued connection with NYU Law–particularly his proximity to top-shelf law experts such as his colleagues, professors Philip Alston, Smita Narula, Meg Satterthwaite and Benedict Kingsbury. “You’ve got among the most impressive people working in human rights and international law on the faculty,” he says. “The whole idea of the Global Law School is that it musters the best brains in the world, not just the best brains in America.”