Alumnus of the Month December 2008 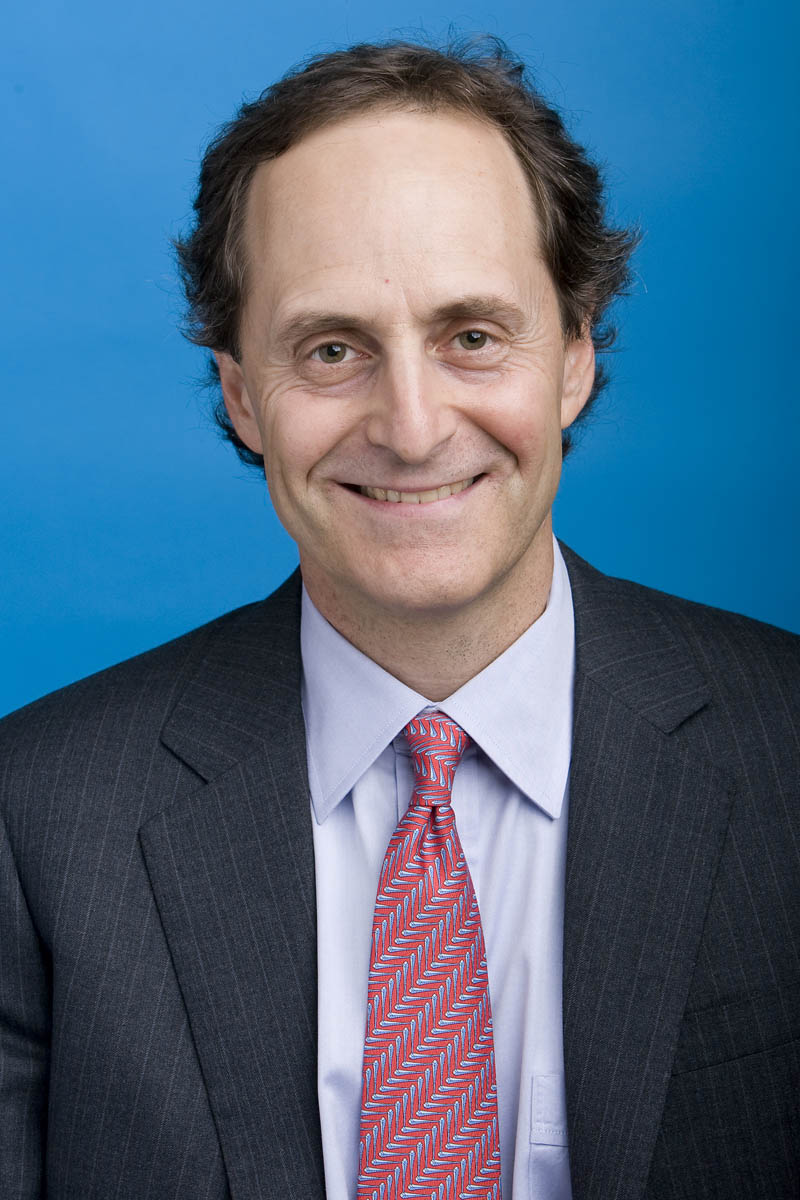 Joel Litvin ’85 has a job many people dream about. As President of League and Basketball Operations for the National Basketball Association, Mr. Litvin is the number three executive at one of the most popular—and lucrative—professional sports leagues in the world. His to-do list ranges from keeping tabs on each NBA game to overseeing revenue-sharing among the 30 NBA teams.

But while his job is appealing, it’s by no means easy. In fact, during the past 18 months Mr. Litvin, 49, has managed a hornet’s nest of high-profile issues—from a gambling scandal involving a referee to the contentious relocation of a league franchise. “I do get my hands dirty,” he says. “The management philosophy at the NBA is very hands-on. I don’t manage from 30,000 feet.”

Mr. Litvin’s current position as the head of several league functions is a departure from his previous position as the league’s chief lawyer.  Nevertheless, he continues to approach problems from the perspective of an attorney. “I still bring my many years of legal practice and my legal training at NYU to bear on just about everything I do,” he says. He particularly recalls a first-year civil procedure class taught by Dwight D. Opperman Professor of Law Samuel Estreicher, who opened his eyes to the rigorous focus needed to approach problems and analyze issues. “I learned so much about the thought process a lawyer uses to approach a problem, and have applied that thought process to both legal and business issues throughout my career,” Mr. Litvin says.

The Philadelphia native was working as an attorney at New York law firm Willkie Farr & Gallagher when a headhunter’s call to a coworker led to what Mr. Litvin calls the “biggest break” in his career. “It was a cold call,” he says. “The NBA was looking for a staff attorney to work under [then-general counsel] Gary Bettman ’77.”

His colleague wasn’t interested, but Mr. Litvin—an avowed sports fan—jumped at the chance. His work at Willkie Farr had provided some experience in sports law; among other things, in the 1980s he worked on a major arbitration case in which Major League Baseball players claimed collusion by club owners. (The case eventually resulted in a landmark $280 million settlement in favor of the players.)

Mr. Litvin quickly put together a résumé and whirled through a series of interviews with NBA officials including Bettman and David Stern, the league’s current commissioner. In 1988 he joined the NBA as a staff attorney, where for 18 years—and through several promotions—he worked on a wide range of matters, including enforcing the league’s salary cap rules and drug policy, and negotiating a series of collective bargaining agreements with the National Basketball Players Association.

In his current position, Mr. Litvin routinely finds himself working behind the scenes on headline-drawing issues. Take, for example, the case of Tim Donaghy, a former NBA referee who in September began serving a 15-month sentence as part of a federal probe into illegal gambling on basketball. Mr. Litvin says he was “in the trenches” during the scandal that broke in July 2007, dealing with the public relations fallout and assisting Lawrence Pedowitz ’72, a former federal prosecutor hired by the NBA, in investigating the league’s policies and regulations on gambling and officiating.

Due in large part to this process, the league overhauled its referee program this summer. Mr. Litvin addressed the league’s referees during the NBA’s recent pre-season training camp, thanking them for their cooperation during the last year. “The Donaghy scandal had the benefit of strengthening the relationship between the league and our referees,” he says.  “Dealing with the fallout from Donaghy required us to work together to a greater extent than ever before.”

The fast-break pace at the NBA means Mr. Litvin is almost constantly on call. “On top of my other duties, during the season everything that happens on the court is ultimately my responsibility,” he says. “Whether it’s a controversial call, a flagrant foul or an equipment failure, I’ve got to be on top of it.” That means spending long hours at the office before commuting home to his wife and two children in Hastings-on-Hudson, New York. And it often means juggling projects and crises late at night and on weekends.  “More than anything else, I wish I had more time with my family,” he says. “But the nature of the position requires that I be away from them in the office or at home working more than I’d like to be.” There is a mitigating factor, however: “They enjoy the fact that Dad has a cool job.”

Mr. Litvin’s workload doesn’t diminish even when the playoffs end and point guards begin tuning up their offseason golf swings. There are revenue-sharing negotiations among the league’s 30 teams and franchise relocations to oversee—including the recent high-profile move of the Seattle SuperSonics to a new home in Oklahoma City. “There’s really no downtime,” he says.

Still, even after 20 years with the league, Mr. Litvin has no plans to take himself out of the game. “I’m more focused on where I’m going to be at five o’clock today than where I’ll be in five years,” he says. “I described this job as a dream job from the day I started, and I still describe it that way.”