As part of the Hauser Global Law School Program, the Hauser Global Scholarship was founded in 1995 at the initiative of alumna Rita Hauser and NYU School of Law. Since its inauguration, the Hauser Global Scholarship has become the leading initiative pursuing the adaptation of legal education in the United States towards an increasingly global perspective. It reflects the Law School's conviction that the practice of law and legal research has escaped the bounds of any particular jurisdiction and that legal education can no longer ignore the interpenetration of legal systems.

Each year, 10 of the finest students from countries across the world are selected as Hauser Global Scholars by the distinguished members of the Hauser Scholars Selection Committee.  These select individuals — all of whom are LLM students — share their perspectives and experiences from their own legal systems with the rest of the Law School academic community. The Hauser Global Scholars receive a full-tuition scholarship and a living stipend for the year of their studies at NYU and are integrated intellectually and socially in the events of the Hauser Global Law School Program and NYU School of Law.

For information on application to the Graduate Division and to the Hauser Global Scholarship, please see the Office of Graduate Admissions. 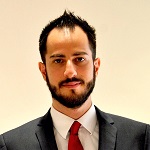 Furthermore, he studied and conducted research in other European academic institutions such as the London School of Economics, École Normale Supérieure de Paris and Southampton Solent University, focusing on criminal law and human rights law.

In 2016, Marco was intern at the Office of the United Nations High Commissioner for Human Rights, based in Geneva. In particular, he worked at the Committee Against Torture (CAT) and at the Subcommittee on Prevention of Torture and other Cruel, Inhuman or Degrading Treatment or Punishment (SPT), where he was responsible for drafting the project of “Working Methods and Rules of Procedure” of the SPT.

Since 2017 he has been working as stagiaire at the Rome office of Cleary Gottlieb Steen & Hamilton LLP, where he practiced criminal and civil litigation as well as internal investigations.Prior to joining NYU, he also spent five months working at a boutique criminal law firm in Rome.

At NYU, Marco will pursue the traditional LLM with a particular focus on corporate criminal liability and corporate enforcement. 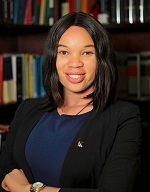 Sotonye obtained her Bachelor of Laws degree (LL.B) with First Class Honours from the University of Nigeria in 2017 where she was a recipient of the Federal Government of Nigeria Merit Award and the Shell Petroleum Development Company of Nigeria Merit Award. Graduating as the proxime accessit out of 200 students, she received the awards for the second best student in the Departments of Private & Public Law, Property Law, Jurisprudence and Company Law. She obtained a B.L. with First Class Honours from the Nigerian Law School in 2018, graduating as the best student in criminal litigation and bagging four other awards at the Nigerian Law School. Sotonye worked as a Research Assistant to Prof. George Nnonna, an Alumnus of the Harvard Law School and the then Head of Corporate Law at the University.

After her admission to the Nigerian Bar in 2018, Sotonye joined Kenna Partners, a leading corporate commercial law firm in Lagos, Nigeria as an associate where she advised on several corporate and commercial transactions, regulatory compliances and risk management. She has represented top clients in complex commercial trade disputes, employment disputes and oil litigation suits before superior courts of record in Nigeria. She has written several articles bordering on corporate governance and employment relations.

At NYU, Sotonye will complete a Traditional LLM as a Hauser Scholar focused on employment rights and the corporate sector. 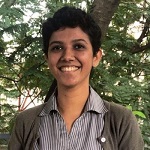 Deekshitha graduated from the National Law School of India University, Bangalore in 2016. She received various awards at University, including the N.R. Rayalu Medal for III Rank. She was part of the teams that were declared runners-up in the Willem C. Vis International Arbitration Moot Court Competition, Vienna in 2014 and adjudged winners of the Oxford Intellectual Property Moot in 2015. She also attended an exchange programme at the University of Groningen, Netherlands on an Erasmus Mundus scholarship in her final year of law school where she took courses on international criminal law and global criminal law.

After completing her studies, Deekshitha briefly worked with Khaitan & Co, a leading commercial law firm in India, with the litigation and dispute resolution team. Subsequently, she transitioned to a human rights practice and worked at the Centre for Law and Policy Research, focusing on bail reform and issues of equality and non-discrimination, particularly transgender rights and the rights of persons with disabilities. Her work primarily took the form of legal and policy research and litigation. Notably, she assisted with drafting the Equality Bill, 2020, a comprehensive anti-discrimination law for India, and with initiating public interest litigation seeking quotas for transgender persons in public employment in Tamil Nadu.

Deekshitha is also an editor and member of the core team of the Detention Solidarity Network, an online platform that seeks to critically engage with the carceral state in India and build public awareness on issues of detention, custodial violence, and prison reform. 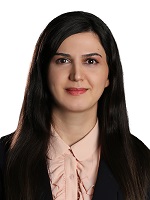 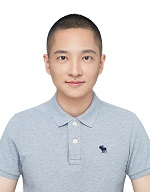 Xiaoxu Liu is a lawyer admitted in China. Prior to joining NYU, he worked as a sixth-year associate in Haiwen & Partners, a premier Chinese law firm recognized as the market leader in the commercial field. His practice focused on China-related corporate transactions, particularly venture capital investments, private equity investments and mergers and acquisitions. Xiaoxu served domestic and international clients and has led a variety of high-profile deals covering both the traditional fields (manufacturing, real estate and cosmetic) and the emerging industries (cloud computing, fin-tech, software, e-commerce, on-line education and entertainment agency).

Xiaoxu obtained his Bachelor of Laws degree (2013) and Master of Laws degree specialized in Environmental Law (2015) from Renmin University of China. He ranked top 2% during the undergraduate study and ranked the first in his graduate program. For his distinguished academic performance, Xiaoxu was awarded a number of scholarships including, among others, the First-Class Scholarship by Renmin University of China (2012) and the Scholarship for Excellent Environmental Law Dissertation by Delta Environmental & Educational Foundation (2015). Alongside his studies, Xiaoxu won the runner-up prize as a team member representing Renmin Law School in LEE and LI Law Moot Court Competition (2011).

At NYU, Xiaoxu will pursue a traditional Master of Laws degree with an emphasis on Corporation Law, after which he will return to China to further advance his career as a corporate lawyer. 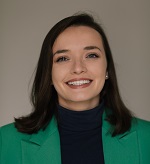 Rachael received her LL.B. degree from Trinity College Dublin, graduating with First Class Honours. During her studies, she was awarded the Entrance Exhibition Prize and was elected as a Foundation Scholar of the university. On the basis of this scholarship, she subsequently obtained an LL.M. in International and Comparative Law from Trinity College, with a particular focus on refugee and immigration law.

Alongside her studies, Rachael volunteered as a caseworker for the Irish Innocence Project and represented her university in numerous debating and mooting competitions. She also led an outreach programme which provided debating training in schools in under-resourced communities.

Upon graduating, Rachael worked as a clerk on the Supreme Court of Ireland for two years, for The Hon. Ms. Justice Finlay Geoghegan, and subsequently for The Hon. Mr. Justice Frank Clarke, Chief Justice of Ireland. Following this, she served as the Executive Legal Officer to the Chief Justice, acting as a liaison for the Irish Supreme Court with several international bodies such as the Venice Commission of the Council of Europe and ACA-Europe, the Association of Councils of State and Supreme Administrative Courts of the European Union.

As a Hauser Scholar, Rachael is pursuing the LL.M. in International Legal Studies, with a particular focus on asylum law and human rights. She intends to train for the Bar of Ireland in 2022. 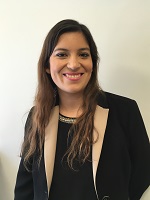 As an undergraduate student, Silvia worked as a research paralegal in two law firms, focusing on issues related to commercial, procedural, and civil law. Moreover, she was a teaching assistant for professors in civil law and legal clinics. After her graduation, she joined a boutique law firm specialized in complex dispute resolutions and there, for almost three years, Silvia had been working as an associate in trials involving antitrust and civil law, markets regulations, and commercial matters. Prior to enrolling in NYU Law School, she has been a Court Clerk in the Competition Tribunal of Chile for four years. In that position, she was responsible for assisting the judges (lawyers and economists) in resolving antitrust trials and developed research about competition policy, and market and economic regulations.

Silvia is also an Instructor at the Department of Law & Economics in Universidad de Chile Law School. She has published various academic articles on civil and antitrust law, and competition policy. Finally, her genuine interest in the interaction between law and society motivated her to engage in pro bono work in an NGO that supports immigrants in Chile.

At NYU, Silvia will pursue the LLM in Competition, Innovation, and Information Law. 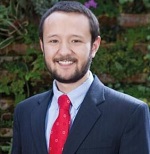 Martín is a lawyer with minors in Economics and Portuguese Language and Culture from Universidad de los Andes in Colombia. Martín graduated summa cum laude, recognition awarded to students whose cumulative GPA falls in the top 1% of the Law School's alumni in the last five years, and who portray Universidad de los Andes' philosophy and values. During Law School, Martín actively participated in moot court competitions. He was part of the team that represented Universidad de los Andes in the 2016 Philip C. Jessup International Law Moot Court Competition, receiving the award of Best Exhibition Team in the International Rounds. Martín also participated in the International Investment Arbitration Moot Court organized by American University and Universidad Externado de Colombia, competition where he was recognized as the best speaker. Martín's undergraduate thesis on the impact of international investment arbitration on policy-making in developing countries was recognized by Los Andes' Law School for its academic merit.

After graduation, Martín joined Philippi Prietocarrizosa Ferrero DU & Uría's Litigation and Arbitration Practice, where he regularly partakes in domestic and international arbitrations, as well as in proceedings before Colombian Courts. While working full-time, Martín pursued a graduate degree in Civil Liability in Universidad Externado de Colombia, graduating first in his class. Since 2019, Martín coordinated his Firm's Pro Bono Practice. That year he was selected by Fundación ProBono Colombia as pro bono coordinator of the year, among more than 50 coordinators of the pro bono practices of law firms and in-house legal teams. Martín is particularly interested in promoting pro bono arbitration as a means of facilitating access to justice for low-income Colombians.

As a Hauser Global Scholar, Martín will pursue an LL.M. in International Business Regulation, Litigation and Arbitration with a focus on international arbitration. 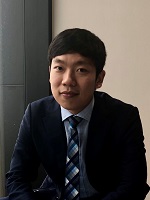 Ben has a strong academic interest in public and constitutional law. He has worked as a research assistant at the ANU’s Centre for Public and International Law and an editor for Federal Law Review, and has published peer-reviewed articles and commentaries on contemporary constitutional issues.

After law school, Ben worked as a Judge’s Clerk for Chief Justice Helen Murrell of the Supreme Court of the Australian Capital Territory, a volunteer at the Legal Aid Commission, and a tutor in Australian Public Law at the ANU College of Law. Ben currently works as a solicitor at Ashurst Australia. In this role, Ben has worked on a diverse range of public law litigations before various State and Territory Supreme Courts, the Federal Court, and the High Court of Australia.

As a Hauser Global Scholar and a Fulbright Scholar, Ben will pursue the traditional LLM with a focus on constitutional law, human rights law and international law. Following his time at NYU, Ben will commence a judicial clerkship with Chief Justice Susan Kiefel of the High Court of Australia.