The Global Faculty expand NYU Law's faculty by inviting leading law professors from around the world who teach regularly at NYU while retaining their affiliation with their home institutions.  They specialize in diverse fields of law, not just international law, and are renowned scholars in their countries and areas of interest. Their courses provide an extraordinary opportunity for NYU students to learn from and interact with these eminent scholars and to gain a new perspective on important legal issues. Along with our Global Fellows and Hauser Global Scholars, the Global Faculty represent the heart of the Hauser Global Law School Program and a key element in the intellectual life of the Law School.

NYU School of Law's relationship with many global faculty is continuing and intimate over several years, rather than single one-semester or one-year arrangements. The global faculty are thereby integrated fully into the fabric of the Law School, both its academic programs and the collateral activities that largely define the institution. 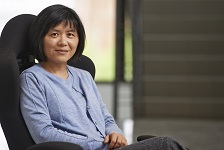 Chao-ju Chen is a distinguished professor and director of the Center for Human Rights and Jurisprudence at National Taiwan University College of Law and director of the Women’s and Gender Studies program at National Taiwan University. She received her S.J.D. and LL. M. degrees from the University of Michigan Law School and LL.B. and LL.M. degrees from National Taiwan University. Writing extensively in the intersecting fields of feminist jurisprudence, social-legal studies, and Taiwan’s feminist legal history, she has published numerous articles on motherhood, family, citizenship, constitutional equality, and feminist legal theory in academic journals and books, as well as in popular media. Her research combines theoretical analysis with social inquiry and historical insight to examine the transformation of male dominance, the myth of liberal feminist legal reform, the dynamics of feminist legal mobilization, and the consolidation of marital supremacy under the shadow of legal Orientalism, focusing on interrogating the concepts of choice, consent, and (in)equality. She is currently working on a project examining the intersectional discrimination against single people and developing the concept of single equality. She practices engaged scholarship and is committed to advocacy for feminism and constitutional democracy. She also serves as project director of the Taiwan Database for Empirical Legal Studies, a database funded by Taiwan’s Ministry of Science and Technology to promote empirical legal studies. 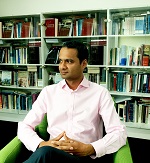 Tarun Khaitan is the Head of Research at the Bonavero Institute of Human Rights at the University of Oxford, the Professor of Public Law and Legal Theory at the Faculty of Law at Oxford, a Fellow at Mansfield College, and an Honorary Professorial Fellow at Melbourne Law School. He specialises in legal theory, constitutional studies, and discrimination law. He is the founding General Editor of the Indian Law Review and founder & advisor of the Junior Faculty Forum for Indian Law Teachers. He sits on the advisory board of the International Journal of Comparative Law, is a member of the European University Institute's Research Council, and is a trustee of the Equal Rights Trust.

He completed his undergraduate studies (BA LLB Hons) at the National Law School (Bangalore) in 2004 as the 'Best All Round Graduating Student'. He then came to Oxford as a Rhodes Scholar and completed his postgraduate studies (BCL with distinction, MPhil with distinction, DPhil) at Exeter College. Before joining Bonavero Institute, he was the Penningtons Student (Fellow) in Law at Christ Church and then a Tutorial Fellow in Law (with tenure) at Wadham College. Previously, he has also been the Vice Dean of the Oxford Law Faculty, an Australian Research Council Future Fellow at Melbourne Law School, a Global Visiting Professor of Law at NYU Law School, and the Walter V. Schaefer Visiting Professor of Law at Chicago Law School.

His research has been cited by the Indian Supreme Court (in four separate cases: 1, 2, 3, and 4), the Canadian Supreme Court, the European Court of Human Rights, the Israeli Supreme Court, and the Madras High Court (in two separate cases: 1 and 2). His monograph entitled A Theory of Discrimination Law (OUP 2015 hbk, South Asia edition and Oxford Scholarship Online, 2016 pbk) has been reviewed very positively in leading journals, including in Law and Philosophy, where Sophia Moreau said "In this magnificent and wide-ranging book ... Khaitan attempts what very few others have tried." In Ethics, Deborah Hellman said that its 'ambitious scope and the careful argumentation it contains make it one of the best in the field’.  In his review in the Modern Law Review, Kasper Lippert-Rasmussen claimed that "Khaitan's account is sophisticated, extensive and among the best normative accounts of discrimination law available." Colm O'Cinneide's review in the Oxford Journal of Legal Studies says that "Khaitan’s quest shows up the inadequacies of previous attempts to track down this Holy Grail, and the path he has laid down will encourage others to follow in his footsteps." The book won the Woodward Medal (with a cash prize of 10,000 Australian dollars) in 2019 for making ‘a significant contribution to knowledge in a field of humanities and social sciences.’ A full list of reviews is available here.

Prof Khaitan was awarded the 2018 Letten Prize, a 2 Million Norwegian Kroner award given biennially to a young researcher under the age of 45 conducting excellent research of great social relevance. He is using a part of the award towards setting up the Indian Equality Law Programme, aimed at capacity-building for early-career scholars. In 2020, he was awarded the Excellence in Engagement award by the University of Melbourne. Prof Pratap Mehta said in the context of this award that “No discussion of the rights of minorities in India is now conceivable without engaging with his conceptual and legal arguments”. At Oxford, he received the Oxford Policy Engagement Fellowship Award in 2020 and a special mention by the O2RB Excellence in Impact Award in 2021. He helped draft the Indian Anti-Discrimination and Equality Bill 2017. He writes regularly for newspapers and blogs: links to his columns are available here. His podcast course on Indian constitutionalism (in Hindi), संविधान संवाद, can be downloaded here. He has served on the advisory board of the United Nation’s Human Rights Office of the High Commissioner’s effort to draft ‘A Practical Guide to Developing Comprehensive Anti-Discrimination Legislation’. 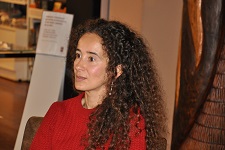 Among her recent work, she is the co-author of The American Convention on Human Rights. A commentary, published in 202 by Oxford University Press (https://global.oup.com/academic/product/the-american-convention-on-human-rights-9780190222345?cc=us&lang=en&). She is currently pursuing her systematic research on the fragmentation and harmonisation of international human rights law, through the adaptation in English of her monograph Traité de droit international des droits de l'homme (first published in French in 2016 and 2018). The English version titled New Rhetoric of Human Rights - Treatise on Global Human Rights Law will be published by Cambridge University Press in 2023. 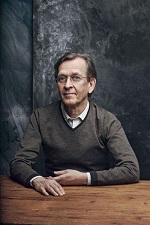 He has worked with several UN agencies and bodies and pleaded with the International Court of Justice. He has held lengthier visiting professorships in, among other places, NYU, Columbia University, University of Cambridge, London School of Economics, Melbourne University and Universities of Brussels, Paris, Sao Paulo and Utrecht. He is a Fellow of the British Academy and a Member of the American Academy of Arts and Sciences. He has a doctorate h.c. from the Universities of Uppsala, Frankfurt and McGill. His main publications include From Apology to Utopia; The Structure of International Legal Argument (1989/2005), The Gentle Civilizer of Nations: The Rise and Fall of International Law 1870-1960 (2001) and The Politics of International Law (2011). His latest work on the (pre-)history of international law is To the Uttermost Parts of the Earth: Legal Imagination and International Power (2021). 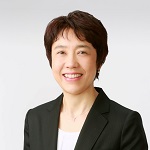 Yuko Nishitani is Professor of International Private and Business Law at Kyoto University in Japan.

After completing her studies in Japan, Nishitani received a Ph.D. from the University of Heidelberg (1998). She further did research in Milan and Florence (1999-2000), New York (2003-04), Paris (2007-08), Hamburg and Cologne (2009-11). She has held visiting teaching at Duke Law School, as well as in Zurich, Lausanne, Brescia, Louvain-la-Neuve, Tel Aviv, and Taiwan. She was a Director of Studies (English) and Lecturer (French) at the Hague Academy of International Law and belongs to its Curatorium since 2017. She is also an executive member of several academic associations, including a titular member of the International Academy of Comparative Law. She served in several Legislative Committees in Japan and represented the Japanese government at the Hague Conference on Private International Law. She was awarded Philippe Franz von Siebold-Preis 2020.

Nishitani is fluent in several languages and has published extensively in Japanese, English, German, and French. Her area of interests is private international law (conflict of laws), international business law, comparative law, and family law. She is currently doing research on global legal pluralism, cultural identity and family relationships, business and human rights, uniform law, and arbitration and mediation. Her major publications include: 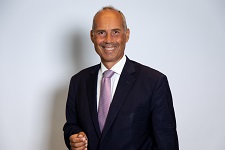 Co-Director of IBFD´s Observatory for the Protection of Taxpayers´ Rights. Co-chair of the Tax Committee of the International Law Association (ILA). Secretary General of the Executive Board of the  European Association of Tax Law Professors (EATLP). Member of the Permanent Scientific Committee of the International Fiscal Association (IFA). President of the Ius Fiscale Europaeum (IFE) research centre. President of the Italian Association for Latin American Tax Law (AIDTLA) and, in   such capacity, member of the Board of Directors of the Latin American Institute for Tax Law (ILADT).

Has (co-)edited and (co-)authored several books, articles and/or book chapters on European and international tax law. On these topics he has extensively lectured at Universities throughout the world.