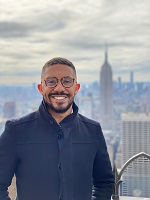 Thiago de Souza Amparo is a professor at FGV Direito SP and FGV International Relations School, teaching courses on human rights, international law, diversity and discrimination policies and law. He is a lawyer, with a bachelor's degree from PUC-SP, a master's degree in human rights (LLM) from the Central European University and a PhD from the same university. He was a visiting scholar at Columbia University (New York - United States). He is expert in constitutional law, public policy as well as diversity and antidiscrimination law. He was a consultant for the Inter-American Development Bank (IDB) and the Open Society Foundations, among others, on the issue of racial and LGBT discrimination. He was deputy secretary of human rights and citizenship at the São Paulo City Hall between January and May 2017. He writes weekly for the main newspaper in Brazil, Folha de S. Paulo.

Center Affiliation: Center on Race, Inequality, and the Law
Research Project: Not a Gradual Authoritarianism: Black and LGBT Voices for Democracy in Brazil 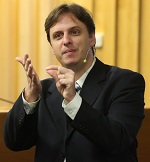 Thomas Bustamante is Professor of Legal Theory at the Federal University of Minas Gerais, Brazil, since 2010 and Research Productivity Fellow of the National Council for Scientific and Technological Development (CNPq), Brazil, since 2013. He has been a Fellow of the University of São Paulo under the auspices of a grant from São Paulo Research Foundation (FAPESP), in 2015, and previously held academic positions at the University of Aberdeen, UK (2008-2010) and the Federal University of Juiz de Fora, Brazil (2004-2008). He holds a PhD from the Pontifical Catholic University, Rio de Janeiro. Some of his works in English appear in the Canadian Journal of Law and Jurisprudence, Modern Law Review, Jurisprudence, Australian Journal of Legal Philosophy and German Law Journal. He has edited the books Democratizing Constitutional Law: Perspectives on Legal Theory and the Legitimacy of Constitutionalism (with Bernardo Fernandes, 2016), Argument Types and Fallacies in Legal Argumentation (with Christian Dahlman, 2015) and On the Philosophy of Precedent (with Carlos Bernal Pulido, 2012). 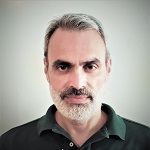 Shlomo specializes in moral philosophy – both normative and applied ethics. His research in recent years has focused on such topics as: paternalism and autonomy, informed consent, truthfulness and deception, the limits of moral obligation, various topics in bioethics, and experimental philosophy. His publications on these topics appeared in the European Journal of Philosophy, Australasian Journal of Philosophy, Journal of the American Philosophical Association, Bioethics, Journal of Medical Ethics, American Journal of Bioethics, and more. From 2017 to 2020 Shlomo served as the chairperson of the Institutional Review Board of Ben-Gurion University.

In the center of Shlomo’s current work are two large research projects. The first (funded by an Israel Science Foundation grant) is a book on the concept and ethics of manipulation. The second is a study of the concepts of respect and dignity and of their place in ethics and in the idea of being human.

Center Affiliation: Center for Law and Philosophy
Research Projects: The Philosophy of Respect and Dignity - New Explorations and A Theory of Manipulation 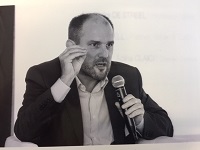 Alexandre de Streel is Professor of European law at the University of Namur, affiliated at the Research Centre for Information, Law and Society (CRIDS/NADI). He is also visiting professor at the College of Europe (Bruges) and SciencesPo Paris, Academic Co-director at the Brussels-based think-tank Centre on Regulation in Europe (CERRE), Chair of the expert group of the EU Observatory on the Online Platform Economy set up by the European Commission and part-time judge at the Belgian Competition Authority.

His main areas of research are regulation and competition policy in the digital economy as well as the legal issues raised by the development of Artificial Intelligence. He is the co-editor of Electronic communications, Audiovisual Services and the Internet: EU Competition Law and Regulation, 4th ed., Sweet & Maxwell, 2019.

He holds a Ph.D. in Law from the European University Institute (Florence) on the relationship between telecom regulation and competition law, and a Master Degree in Economics from the University of Louvain. 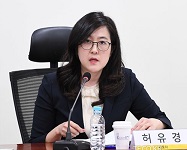 You Kyung Huh is a Post-Doctoral Global Fellow affiliated with the Program on Corporate Compliance and Enforcement. Her project at NYU Law examines the effect of political influence behind consumer protection-related enforcement actions that independent regulatory agencies conduct. Her research explores the implications of the allocation of multiple financial regulatory goals to government agencies, and the interplay between regulatory architecture and political control of the bureaucracy.

You Kyung received her S.J.D. from the University of Virginia School of Law, 2020, and LL.M.’s from Harvard Law School (concentration in International Finance), 2013, and Georgetown University Law Center, 2014.

You Kyung was a director of Consumers Korea, an advocacy group that lobbied lawmakers and regulators for consumer protection in financial markets in the areas of consumer redress, Fintech, personal data protection, and artificial intelligence. She was also a Council Member of Consumers International, where she provided consumer advocacy strategies at the international level. She was admitted to the Korean Bar in 2006 and worked as an attorney at the Korean Financial Supervisory Service.

Her primary scholarly interest is understanding whether and how the institutional architecture of financial regulators affects the performance of those regulators, especially with respect to consumer protection issues. Her publication on this topic appeared as a chapter in The Cambridge Handbook of Twin Peaks Financial Regulation (Cambridge University Press, 2021). Her other research interests include the international financial regulation of consumer protection, and SupTech – the use of informational technology for financial supervision. 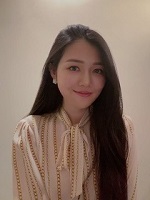 Jiaying is a Post-Doctoral Fellow affiliated with the Information Law Institute. Her research focuses on the interaction between law and technology, especially policies and regulations on emerging technologies, such as artificial intelligence, blockchain, smart contracts, digital currencies, FinTech, and LegalTech. Her research interests also include computational law, comparative law, data rights, platform competition, and privacy issues.

At NYU Law, Jiaying will analyze if sandbox and technology can be a new regulatory approach for blockchain implementation. In addition, she is the co-leader of the Central Bank Digital Currency project, cooperating with the China Center at Yale Law School. She is also a contributor of the RegTrax Initiative at the CodeX, Stanford Law School.

Jiaying received her SJD from Emory University School of Law, LLM from the University of Southern California Gould School of Law, where she received the Graduate and International Programs Award at the Annual Shattuck Awards, and LLB from Shenzhen University (with distinction). She is admitted to the bars in China and the State of New York. 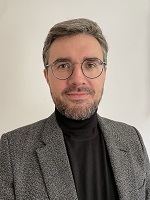 Henning Lahmann is a Post-Doctoral Global Fellow affiliated with Guarini Law & Tech. His project at NYU Law examines the significance of non-state actor truth production, and their use of digital technologies to challenge states’ narratives, for the stability of the global legal order. His other research interests include international and transnational cybersecurity governance, disinformation and influence operations, and the legal implications of the employment of artificial intelligence in security contexts. 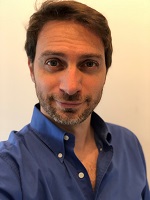 Patricio Nazareno is a Post-Doctoral Global Fellow affiliated with the Center for Human Rights and Global Justice. His current research project focuses on criminal accountability for human rights violations and the tensions it raises between international law and tribunals and domestic politics and activism.

Patricio’s main areas of interest include constitutional law, social movements, legal history, international human rights, and legal culture and discourse. After his doctoral dissertation, his scholarship has turned to consider the legal and political complexities of the decision-making processes that polities, especially in Latin America, are undertaking in order to overturn the widespread impunity for the human rights violations perpetrated in the past. 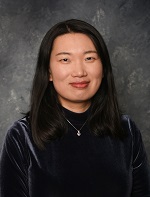 Yuanyuan Ren received a Doctor of Juridical Sciences (S.J.D.) from the University of Wisconsin Law School in May 2021 and a Ph.D. in International Law from Fudan University Law School in 2012. She was a Fox International Fellow at the MacMillan Center for Area and International Studies at Yale University from 2010 to 2011 and worked as an assistant research professor at Polar Research Institute of China (PRIC) in Shanghai from 2012 to 2013. Her research and teaching interests include public international law, World Trade Organization (WTO) law, and international dispute resolution. She is particularly interested in understanding how China treats international law as its weight continually increases in the economic and political world order. Her recent research has focused on China’s engagement in the polar regions.

Her project at NYU School of Law examines the opportunities for and constraints to U.S.-China cooperation in the Arctic. 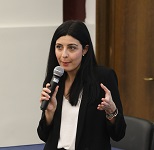 Rossella is currently Research Fellow and Adjunct Assistant Professor in Criminal Law at the Department of Law, Luiss University, Rome. Prior to join NYU, she was Fellow at the Cluster of Excellence “The Formation of Normative Orders” of Goethe University, Frankfurt, and visiting student for a specialization course on business crime at the Norwegian School of Economics, Oslo. She spent visiting research periods at Paris Nanterre (Centre de Droit pénale et de criminologie) and Cambridge.

She holds a PhD in Law and Business from Luiss University (2018), where she worked under the supervision of the former Italian Minister of Justice and Special Representative of the OSCE Chairperson-in-Office on Combating Corruption, Paola Severino. Her doctoral dissertation investigates the role of anti-corruption compliance programs across Europe, addressing the interrelations between such preventive tools and the subjective criteria (‘corporate fault’) for attributing criminal liability to corporations.

At NYU, Rossella will build on her previous research to further expand this subject. She will compare the anti-corruption enforcement regimes against corporations of selected EU countries with the US experience, to examine to what extent mechanisms like non-trial settlements, widely used in the US framework, could be exported to Italy and the European context. 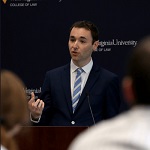 Sandy Steel is Lee Shau Kee's Sir Man Kam Lo Fellow in Law at Wadham College and Associate Professor of Law in the Faculty of Law at Oxford. He's interested in philosophical and doctrinal questions about private law. He has written mainly about torts and private law theory, but also maintains an interest in general jurisprudence and has co-authored (with Nick McBride) a critical guide to the subject: Great Debates in Jurisprudence (Palgrave, 2014, 2nd edn 2018).

His work has been cited by the UK Supreme Court, the Supreme Court of Canada, and the High Court of Australia. In 2016, he was awarded the Modern Law Review's Wedderburn Prize for his article 'Justifying Exceptions to Proof of Causation in Tort Law'. His other book, Proof of Causation in Tort Law (Cambridge University Press, 2015, paperback edn 2017) won the Society of Legal Scholars Birks Runner-up Prize for Outstanding Legal Scholarship. He's currently working on a book about liability for omissions for Oxford University Press. 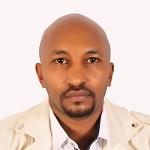 Mihreteab holds a Ph.D. in Law from the Center of Excellence for International Courts (iCourts), Copenhagen University, LL.M. degree in International Law from Erasmus University Rotterdam and LLB from Addis Ababa University. 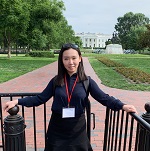 Ying holds JSD and LLM degrees from Cornell Law School, where she received the CALI Award and served as the President of the JSD Association of Cornell Law School from 2017 to 2018, and LLB from Shandong University (with distinction). She is admitted to the bars in China and the State of New York.

At NYU, Ying’s research seeks to understand the challenges that the Chinese business model presents to the global community from the perspective of cultural conflicts. She examines conflicts between Chinese and foreign business cultures in two dimensions: China as a global FDI destination and China’s economic presence in overseas markets. Her research also aims to show how the highly technical field of conflict of laws, when imagined and applied as an intellectual framework, offers new approaches to understanding, evaluating, and ultimately resolving cultural conflicts in international business.

Center Affiliation: US-Asia Law Institute
Research Project: Regulatory Conflicts and Competition over the Clean Belt and Road Initiative: China, the US, and Conflict of Laws in Transnational Anti-Bribery Regime