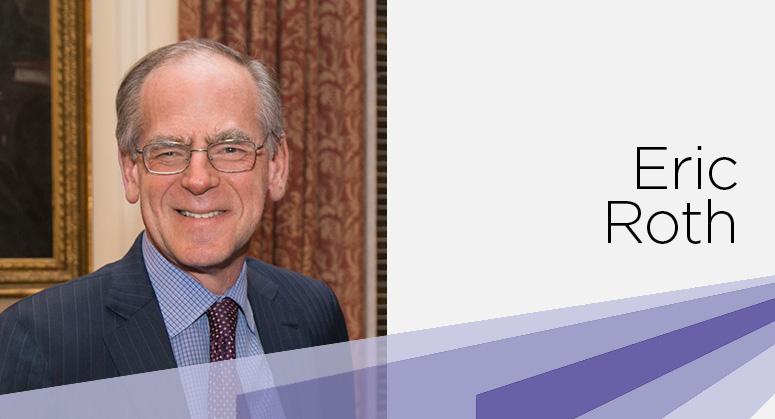 A major benefactor of NYU School of Law, Eric M. Roth ’77 established the Eric M. and Laurie B. Roth Professorship of Law.

Dean Trevor Morrison is the inaugural holder of the chair. “This gift supports NYU Law’s deep bench of academic talent and ensures that its faculty continues to set the standard for excellence in both legal scholarship and teaching,” said Roth. “My NYU Law education has meant a world of difference in my life and my career, and I hope to make a difference for the Law School.”

As a law student, Roth served as notes and comments editor of the NYU Law Review. He clerked for Judge Lee P. Gagliardi of the US District Court for the Southern District of New York before joining Wachtell, Lipton, Rosen & Katz in 1979, where he is now of counsel. His practice includes corporate, securities, insurance, creditors’ rights, and complex commercial litigation.

Among other cases, he handled the litigation over the World Trade Center’s insurance coverage and numerous matters involving mergers and acquisitions, including defending the legality of the poison pill takeover defense and a target board’s ability to refuse a takeover bid.

Roth is the former chairman and an emeritus member of the Board of Directors of Mobilization for Justice (formerly MFY Legal Services) and also serves as a member of the NYU Law Board of Trustees.