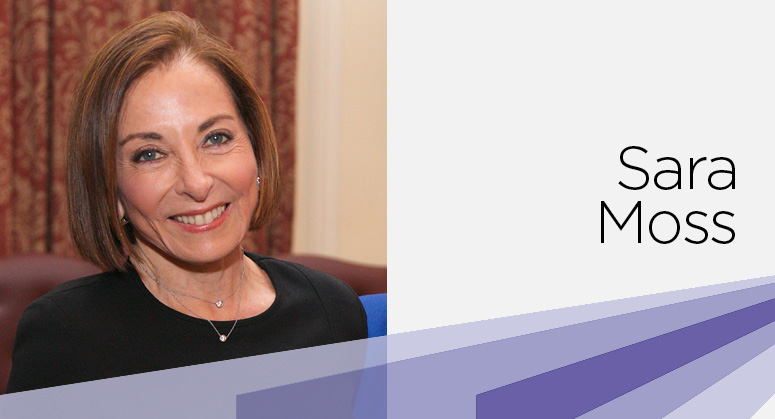 Sara Moss ’74, vice chairman, executive vice president, and general counsel of the Estée Lauder Companies, has given a major gift to the Law School to support the Moss Women’s Leadership Training Program within the Birnbaum Women’s Leadership Network (BWLN) at NYU Law.

First launched in 2017, the BWLN develops NYU Law students’ leadership skills through training, research, and initiatives to advance workplace equity. The Moss Program is a rigorous, week-long leadership development program for 1Ls who are entering BWLN’s Women’s Leadership Fellows Program. Through an intense week of self-assessment, instruction, experiential learning, team-building, coaching, and mentoring, students participating in the Moss Program have the chance to build personal and practical skills complementary to their legal education.

“NYU Law has a long tradition of training extraordinary lawyers, and I’m proud to support the school’s outstanding initiatives to nurture women’s achievement and ensure that women graduates of the Law School continue to serve as leaders in the field of law,” Moss said.

Moss herself has shown leadership throughout her career. In her role at Estée Lauder, she is responsible for the company’s worldwide legal organization and serves as a trusted strategic advisor to executive management and the board of directors. Before joining Estée Lauder, she was senior vice president and general counsel at Pitney Bowes. An NYU Law Trustee, Moss has been recognized with numerous honors, including the New York Law Journal Lifetime Achievement Award and the Legal Aid Society Servant of Justice Award, among others. Most recently, Moss was NYU Law’s 2018 honorary Order of the Coif inductee, and she was previously honored as Law Women’s 2012 Alumna of the Year.