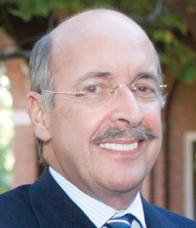 Judge William T. Allen, Nusbaum Professor of Law and Business and founding director of the Pollack Center for Law & Business at NYU, passed away on October 13, 2019, at the age of 75. He has taught and wrote on corporate law, corporate governance and the legal foundations of finance.

Prior to his academic service, Allen served from 1985 to July 1997 as Chancellor of the Court of Chancery of the State of Delaware. While serving as Chancellor, he also taught corporate law and corporate governance as a visiting professor at Stanford Law School (1990, 1994) and the University of Pennsylvania Law School (1992-93, 1995). In 1996, he served as Rabin Lecturer at Yale Law School. He has written and lectured widely on corporate law and corporate governance.

Allen served as counsel to the New York law firm of Wachtell, Lipton, Rosen & Katz. From 1997 to 2001, he served as founding chair of the Independence Standards Board, a private sector organization designated in 1997 by the Securities and Exchange Commission with the task of publicizing standards for determining auditor independence. 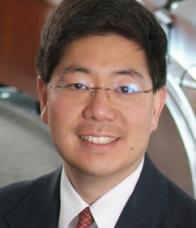 Stephen Choi joined the NYU faculty in 2005. He was assistant professor at the University of Chicago Law School from 1996 to 1998. From 1998 to 2005, Choi taught at the UC Berkeley Law School where he was the Roger J. Traynor Professor of Law.

While at Harvard Law School, Choi served as a legal methods instructor and supervising editor of the Harvard Law Review. He graduated first in his class in 1994 and received his PhD in economics in 1997. Choi has been a recipient of the Fay Diploma, Sears Prize, and Irving Oberman Memorial Award. He also held John M. Olin, Jacob K. Javits, and Fulbright fellowships. Following graduation, Choi worked as an associate at McKinsey & Company in New York. 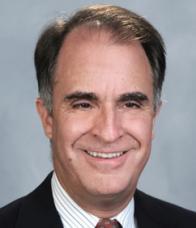 David Yermack joined the NYU Stern finance department in 1994. He is currently the Albert Fingerhut Professor of Finance and Business Transformation and since 1995 has been an adjunct faculty member at the Law School. He graduated with a joint JD-MBA degree from Harvard’s law and business schools in 1991 and received his PhD in business economics from Harvard in 1994. At Harvard Business School he was a Baker Scholar, and he had industry experience in journalism and management consulting before beginning his academic career.

Yermack publishes regularly in top academic journals in the fields of executive compensation, corporate finance, and corporate governance. He is a research associate for the National Bureau of Economic Research’s law and economics program. He has been a visiting scholar at the federal reserve banks of New York and Philadelphia and is on the editorial boards of five leading finance journals. He has served as a visiting professor at 13 international universities and given invited research seminars at more than 100 universities and institutes worldwide.

Carmy-Wiechman received her LLM degree from NYU School of law in May 2011. During her studies at NYU School of Law, she served as a research assistant to Professor Stephen Choi and as a teaching assistant to Professor Mary Holland. Upon graduation, she served as an associate at Tuckner Sipser Weinstock & Sipser until accepting the position of a junior research scholar with the NYU Pollack Center for Law & Business in September 2013. She has published in the American Law and Economics Review and Precedent and the Law: Reports to the XVIIth Congress International Academy of Comparative Law (Utrecht, 16-22 July 2006).