Before joining the NYU Pollack Center for Law & Business, Peter served as an associate at Kirkland & Ellis LLP where he advised financial institutions clients on issues arising under the Advisers Act and Investment Company Act, CFTC issues, compliance and SEC enforcement, as well as regulatory issues in connection with private equity transactions and fundraising. Peter's research interests include securities regulation and enforcement, financial systems, and law and economics.

Michael Simkovic’s research focuses on the intersection between law and finance, with a particular emphasis on credit markets, financial regulation, and taxation. His work has been published in leading journals including The University of Chicago Law Review, The Journal of Corporate Finance and the Journal of Legal Studies. In 2015, he received the American Law Institute’s Young Scholars Medal and became an elected member of the American Law Institute. For four years in a row, he was voted among the most influential in legal education by National Jurist Magazine. He was the recipient of the American College of Consumer Financial Services Lawyers Writing Award in 2012. Simkovic has testified before the U.S. House Judiciary Committee and has served as an expert on consumer and corporate finance issues. Prior to joining the USC Gould faculty, Simkovic worked as an attorney at Davis Polk & Wardwell in New York and a strategy consultant at McKinsey & Company, specializing in legal, regulatory and business issues affecting financial services companies.

He is a frequent contributor to Brian Leiter’s Law School Reports and has published in The Wall Street Journal, The New York Times Dealbook, The Washington Post, and Bloomberg. His work has been cited by federal regulators and in publications such as The New York Times, The Washington Post, Los Angeles Times, Bloomberg, The Atlantic, and USA Today. He has appeared on CBS and Marketplace Weekend. Simkovic has presented his research at the American Law & Economics Association Conference, the Conference on Empirical Legal Studies, the National Tax Association, and at Harvard University, Stanford University, Yale University, New York University, Columbia University, University of Pennsylvania, UC Berkeley, Duke University, Northwestern University, University of Virginia, UCLA, and USC. Simkovic earned his JD at Harvard Law School, where he was an Olin Fellow in law and economics.

The center supports research on an annual basis for professionals in the fields of finance and corporate law.​

Applicants must submit the following materials:

Please direct all materials to Stephen Choi and David Yermack, Directors. We prefer that you first e-mail materials to Anat Carmy Wiechman at wiechman@mercury.law.nyu.edu followed by a physical copy mailed to the NYU Center for Law & Business at 139 MacDougal Street, Room 116, New York, NY 10012.Please direct inquiries to Anat Carmy Wiechman at wiechman@mercury.law.nyu.edu or (212) 992-6173.

Applications for academic year 2019-2020 must be received by April 1, 2019 and will be reviewed by the center’s selection committee, which will make a decision by May 2019. 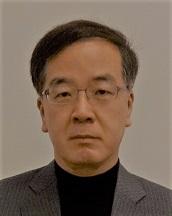 Hwa-Jin Kim is a professor of law and business at Seoul National University School of Law, a William W. Cook Global Law Professor at Michigan Law School, and a Global Professor of Law at NYU School of Law in Shanghai. He also taught at Tel Aviv University Faculty of Law and Stanford Law School. He has published in the Journal of Corporation Law, Oxford University Comparative Law Forum, Columbia Business Law Review, Berkeley Journal of International Law, Georgetown Journal of International Law, and elsewhere. Before joining academia in 2006, Professor Kim practiced corporate and securities law in Korea and Switzerland, where he advised and worked for or with global investment banking houses in their international mergers and acquisitions and capital market transactions.

Professor Kim has advised the Office of the President of Korea, Korea Fair Trade Commission, Korea Financial Supervisory Service, and Ministry of Justice of Korea. He was a board member of the Korean Financial Investment Association, is the outside director and chair of the audit committee of Hyundai Heavy Industries Holding, chair of the Korea Corporate Governance Service Proxy Advisory Committee, and founding chair of The NEXT Global Conference and Seoul Corporate Governance Forum. Professor Kim received his BS in math from Seoul National University; Dr Jur, magna cum laude, from the University of Munich, where he was an Adenauer Scholar; and his LLM from Harvard Law School. He won the Book Prize from the Korean National Academy of Sciences in 2005, 2010, and 2015. His recent books in Korean include Theoretical Foundations of Securities Regulation (2nd ed., 2016), Law and Business (7th ed., 2017), Investment Banking (2nd ed., 2015), Theories in International Law (2017), and Corporate Governance (2017). 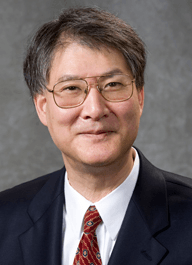 William K.S. Wang is an Emeritus Honorable Raymond Sullivan Professor of Law at the University of California, Hastings College of Law.  Professor Wang is the coauthor of a treatise, Insider Trading, now in its third edition. He has also written numerous articles in law journals, magazines, and newspapers ranging from The Unbundling of Higher Education (1975)  to Index-Fund Outperformance Not Logical in Rational World to Toilet Paper - It’s Good As Gold or How to ‘Clean Up’ in Toilet Paper.

Professor Wang has recently taught courses in Corporations and Corporate Finance. From January 2005 through January 2009, he served as a member of the FINRA (formerly NASD) National Adjudicatory Council. In addition, from 1996 to 2011 he chaired the Investment Policy Oversight Group of the Law School Admissions Council and served ex officio on the LSAC board. Since 2012, he has been on the board of directors of Access Group Inc. and on its investment committee.

A graduate of Amherst College and Yale Law School, he worked briefly as a full-time consultant to the White House Domestic Policy Staff and also for a firm engaging in risk arbitrage 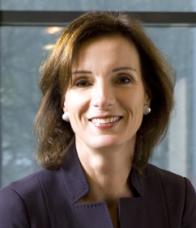 Hélène Vletter started her career in 1988 as an M&A lawyer at Clifford Chance in Amsterdam. Between 2004 and 2008, she served as a judge at the Enterprise Chamber of the Court of Appeal of Amsterdam, which is a court similar to the Court of Chancery of the State of Delaware and is considered to be the leading trial court in the Netherlands for questions of business and company law.

Hélène Vletter has held non-executive board positions with a variety of financial institutions, including Fortis Bank Netherlands. She is currently a non-executive board member at the Dutch Central Bank (comparable to the Fed in the US), and since 2009 she is a member of the Dutch Monitoring Committee on Corporate Governance (government-appointed). The Monitoring Committee sets guidelines and proposes rules and regulations for good governance in listed companies and reports on the compliance thereof. She has established the IVO Center for Financial Law & Governance at the Erasmus School of Law.

Hélène Vletter is an author of numerous books and articles on financial law and corporate governance. She did her PhD research on the equal treatment of shareholders of listed companies when distributing price sensitive information. Hélène Vletter is a frequent speaker at both Dutch and international conferences (amongst others Bocconi University in Milan, Italy). She regularly organizes seminars for law students and experts on issues of financial law and corporate governance.

As a Senior Visiting Fellow at NYU Pollack Center for Law & Business, Hélène Vletter hopes to expand her research into banking regulation and corporate governance with comparative studies of US and European law.

Ioannis Sasopoulos
Ioannis (John) Sasopoulos is a tax associate with KPMG’s New York office, where he focuses on federal and international taxation of US companies. His fellowship paper will focus on US tax aspects of cross-border hybrid financing. Ioannis has published in US journals on issues related to US corporate taxation and double tax treaties. He is licensed in the New York State Bar and the Athens Bar Association.

Prior to joining KPMG, New York, Ioannis pursued the International Taxation LLM at NYU as a Greek Government and PwC Scholar, where he served as editor of the NYU Journal of Law & Business. From 2009 to 2010 Ioannis worked in a top-tier Greek tax law firm, practicing corporate and EU tax law. He holds an LLB from the Law School of the University of Athens and a postgraduate degree in taxation from the Athens University of Economics and Business.

Vinay B. Nair
Vinay is a research director at Old Lane (Citi Alternative Investments) and co-manages a portfolio based on research developments in corporate finance and asset pricing. He has published in leading finance journals in topics related to corporate governance and corporate finance. His current research interests are in the areas of investment management and social responsibility. Prior to becoming a portfolio manager, Vinay was an Assistant Professor of Finance at the Wharton School where he developed a course on private equity for MBA students. He continues to teach private equity as a visiting professor at the Indian School of Business. He completed his PhD in financial economics from the Stern School of Business with an award for the best thesis. His undergraduate studies were at the Indian Institute of Technology, where he was awarded the Governor’s Gold Medal.