Stephen Choi is the Bernard Petrie Professor at NYU School of Law. He graduated first in his class from Harvard Law School in 1994 and received his PhD in economics from Harvard in 1997. His research interests focus on the theoretical and empirical analysis of corporations and capital markets as well as on judicial performance. He is the co-author of Securities Regulations: Cases and Analysis (West Academic, 4th ed. 2015). He has published in the Yale Law Journal, Stanford Law Review, University of Chicago Law Review, Michigan Law Review, Southern California Law Review, Duke Law Journal, University of Pennsylvania Law Review, and Virginia Law Review, among others, and has presented papers at numerous conferences and symposia.

David L. Yermack is the Albert Fingerhut Professor of Finance and Business Transformation at New York University Stern School of Business. He serves as Chairman of the Finance Department and Director of the NYU Pollack Center for Law and Business.  Professor Yermack has been with NYU Stern since 1994. His primary research areas include boards of directors, executive compensation, and corporate finance. Professor Yermack has published more than 25 articles in leading academic journals in Finance, Accounting, Economics, and Law. He is a Faculty Research Associate of the National Bureau of Economic Research and has been a Visiting Scholar at the U.S. Federal Reserve Bank.  Professor Yermack received his Bachelor of Arts in Economics (1985), Master of Business Administration (1991), Juris Doctor (1991), Master of Arts in Business Economics (1993), and Doctor of Philosophy in Business Economics (1994) from Harvard University.

Anat Carmy-Wiechman is the Associate Director of the Pollack Center for Law and Business. She graduated magna cum laude from Tel-Aviv University School of Law in 2006. Upon graduation, she worked in the litigation group of Amit, Pollak, Matalon & Co., one of Israel’s leading law firms. She earned her LLM degree from NYU School of Law in 2011, and worked as an associate at Tuckner, Sipser, Weinstock & Sipser Sipser until joining the Pollack Center in September 2013. She has published in the American Law and Economics Review, and in Precedent and the Law: Reports to the XVIIth Congress International Academy of Comparative Law, Utrecht, 16–22 July 2006. Carmy-Wiechman’s research interests include corporate law, empirical legal scholarship, law and finance, and securities regulation.

Giovanni Patti is the Head of Research for the Securities Enforcement Empirical Database (SEED). He graduated second in his class from the University of Palermo School of Law (Italy) in 2008 and received a three-year scholarship to pursue his PhD in Corporate Law at the University of Roma Tor Vergata Business School, which he completed in 2013. Upon graduation, he worked for four years as an associate at Ranieri, Guaccero, Cornetta, a boutique law firm in Rome that specializes in corporate and banking law. He earned his LLM degree in Corporate Law from NYU School of Law in 2018. At NYU he received the Dean’s Graduate Award scholarship, worked as a research assistant for Professor Stephen Choi, and served as a graduate editor for the NYU Journal of Law & Business. Giovanni has published in American and European law reviews, and presented papers in various universities. His research interests include securities regulation, financial regulation, and corporate law. 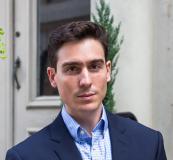 Before joining the NYU Pollack Center for Law & Business, Peter served as an associate at Kirkland & Ellis LLP where he advised financial institutions clients on issues arising under the Advisers Act and Investment Company Act, CFTC issues, compliance and SEC enforcement, as well as regulatory issues in connection with private equity transactions and fundraising. Peter's research interests include securities regulation and enforcement, financial systems, and law and economics.

Xuan is a Wagner Fellow at the NYU’s Pollack Center for Law & Business. Her research interests include cryptocurrency regulations, securities regulations and enforcement, corporate governance, and law and economics. Her current research focuses on the governance and voting mechanisms of Decentralized Autonomous Organizations. Before joining the NYU Pollack Center, Xuan practiced as an associate attorney at Baker McKenzie in New York. Xuan earned her Tax LLM from New York University School of Law and her JD from the University of Minnesota Law School. Xuan is admitted to practice law in China and New York.

SEED depends on the contribution of students from NYU School of Law and the NYU Stern School of Business. Graduate student fellows from the institution perform all research, including gathering enforcement action documents from the Securities and Exchange Commission website and collecting variables for review. We anticipate student research fellows will use our data for their individual research projects. 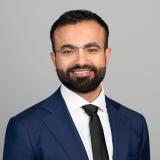 Emad ALMazyad is a candidate for an L.L.M. in Corporation Law at NYU. Prior to this, he attended Qassim University, Saudi Arabia, where he received his degree in law. After graduation, he worked for three years as a legal officer at the Capital Market Authority. During this time, he provided legal and policy analysis to the board and wrote regulations related to securities offerings, market conduct, investment banks, and market infrastructure institutions. He also engaged in projects designed to enhance the capital market infrastructure, including the introduction of central clearing to the cash market and enabling cross-border settlement of sovereign Sukuk transactions. 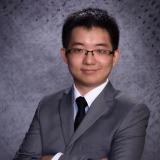 Jerry Chai is a J.D. Candidate at NYU School of Law, Class of 2024. Prior to law school, he attended Tufts University, where he studied History and International Relations as an undergraduate student and Economics as a graduate student. At NYU Law, Jerry is currently a Staff Editor of the NYU Journal of International Law and Politics and a volunteer for the NYC Bankruptcy Assistance Project, a program providing free bankruptcy assistance to low-income residents of New York City. He will be joining Paul, Weiss, Rifkind, Wharton & Garrison LLP as a Summer Associate in 2023.

Tanvi Durve is an LLM candidate (with specialization in Corporations law) at New York University (Class of ‘23). Prior to this, she was working as an Associate with the M&A team at AZB & Partners, a law firm in India, where she represented private equity funds/ sovereign wealth funds/ companies in relation to their investment in entities engaged in providing non-banking financial services, asset and wealth management services and real estate development and management services. Her experience includes advising on corporate law and foreign investment regulations. She earned her law degree at Symbiosis Law School, Pune, India (2020), and is admitted to practice law throughout the territory of India.

Sonakshi Faujdar is an LLM candidate (with specialization in Corporations law) at New York University (Class of ‘23). Prior to this, she was working as a Senior Associate with the banking & finance and debt capital markets team of Khaitan & Co, a law firm in India, and regularly advised domestic and international banks, financial institutions, companies, sponsors and promoters on a wide range of M&A and debt financing transactions. Her experience includes advising on credit facilities, security creation, debentures, bonds, overseas direct investments, private credit and structured finance solutions.
She earned her law and business administration degree at Symbiosis Law School, Pune, India (2018), and is admitted to practice law throughout the territory of India. 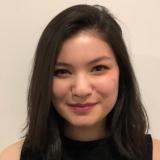 Mal Gulino is a J.D. Candidate at NYU School of Law, Class of 2024. Mal previously interned at Human Rights Now, a Tokyo-based human rights organization, where her research focused on Japanese investments in Myanmar and discrimination against ethnic minorities within Japan. At NYU School of Law, she is a staff editor on N.Y.U. Law Review, a chapter director for International Refugee Assistance Project, and a social chair for Asian Pacific-Islander American Law Students Association. Prior to law school, Mal was a Compliance Associate at the D. E. Shaw Group and graduated summa cum laude from Columbia University with majors in Russian and English.​

Ryan Huck is a J.D. Candidate at NYU School of Law, Class of 2024. Prior to law school, Ryan attended the College of William & Mary in Williamsburg, Virginia where he studied Public Policy and Global Studies. During undergrad, Ryan interned for Senator Mark Warner and the Comisión Provincial por la Memoria. Both experiences reinforced his interest in the law and inspired his law school attendance. Originally, Ryan is from Alexandria, Virginia.

Alexandra Klein is a J.D. Candidate at NYU School of Law, Class of 2024. Prior to Law School, Alexandra worked as a Senior Analyst at Cornerstone Research and a Political Data Analyst at the Pivot Group. In her 1L Summer, she interned at the New York Office of the Attorney General in the Antitrust Bureau. Alexandra received her B.S., with honors, from Cornell University, where she majored in Industrial and Labor Relations. 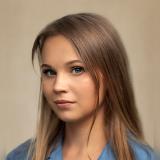 Maria earned a law degree from Lomonosov Moscow State University, specializing in corporate and business law. She also studied as an exchange student at the top university in China - Tsinghua University. During her work as an attorney at Moscow office of Latham and Watkins she participated in various financing and M&A transactions. After her marriage and relocation to the US, she worked as a paralegal at medical corporate law practice and as a law clerk at a tech startup company. She is currently pursuing a LLM degree in Corporations at New York University. 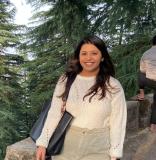 Anushka Shah is an LL.M. candidate (specializing in Corporations) at New York University School of Law (Class of ‘23). Prior to this, she was working as an Associate with the financial regulatory team at Cyril Amarchand Mangaldas, one of India's largest law firms, where she represented and advised clients on a wide range of securities laws and financial regulations. Her role at Cyril Amarchand Mangaldas included representing clients in regulatory contentious matters and assisting on M&A in the financial regulatory sector, involving NBFCs, fintech companies and securities market intermediaries. She earned her law degree from Gujarat National Law University, Gandhinagar, India (2019), and is admitted to practice law throughout the territory of India.

Martin has earned LL.B. and LL.M. degrees from Yerevan State University in civil law and litigation, as well as completed Ph.D. program at YSU in the field of Mining and Extraction Law. During his 5-year expertise at Armenian leading law firm TK & Partners, Martin has provided comprehensive legal assistance relating to the incorporation of the 2/3 of investment funds of the financial market of Armenia, legal advice to IFIs on considerable number of loan transactions (particularly "going green" projects and sub-loans), as well as legal consultancy concerning the issuance of first large tranches of international debt instruments (EUROBONDs) and derivative instruments (ISDA/CSA). Martin is also a member of Chamber of Advocates of the Republic of Armenia (Attorney at Law) and has been ranked by IFLR 1000 as a "Rising Star" for the years of 2021 and 2022 in the fields of Restructuring and Insolvency, M&A. As of now, he is pursuing a LLM degree in Corporation at New York University School of Law as Arthur T. Vanderbilt Scholar (merit based full-tuition scholarship).

Wenyue Zhu is a J.D. Candidate at NYU School of Law, Class of 2024. Before Law School, she worked as an Investment Banking Analyst on cross-border M&A deals. During 1L summer, she interned in the Legal & Regulatory Group of Bridgewater Associates. She will be joining Skadden, Arps, Slate, Meagher & Flom as a Summer Associate in 2023. At NYU Law, Wenyue is interested in corporate law, mergers and acquisitions, and energy law. She is currently on the board of First Generation Professionals and a Staff Editor of the NYU Environmental Law Journal. Wenyue received her B.A. in Philosophy from the University of Chicago in 2019.