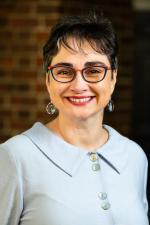 Prior to joining NYU Law School, Maria Santos Valentin served as the General Counsel and Corporate Secretary of The Rockefeller Foundation where she managed the Foundation’s legal, grants management and records departments.  During her tenure, she helped effectuate the foundation’s historic $700 million bond offering and created the foundation’s public charity (RF Catalytic Capital) to aggregate capital for foundation-managed projects, including the Pandemic Prevention Institute and The Global Energy Alliance for People and Planet which obtained over $1 billion in funding.

Prior to that, Maria worked at the Open Society Foundations, most recently serving as Legal Director of the Economic Justice Program and Secretary and General Counsel of the Soros Economic Development Fund.  In this capacity, she structured and negotiated the fund’s more than 40 innovative program-related investments around the world, primarily in Central and Eastern Europe, India, Africa and the Middle East, which totaled over $200 million. The investments focused on increasing financial inclusion and improving the lives of smallholder farmers, refugees and migrants.  Projects included the creation of over 300,000 affordable housing units in South Africa and establishing a wholly-owned holding company (Aspada) to make investments in small businesses in India.

Prior to her work at private foundations, Maria worked for 10 years as an international corporate securities lawyer, first for New York based law firm Brown & Wood and then UK based Clifford Chance. In that capacity, Maria worked on emerging market capital markets transactions in Central and Eastern Europe and Latin America, many of which were the first such issuances out of the country, including Spain, Romania, Argentina, and China. In addition, she worked for two years as a senior commercial associate with the Overseas Private Investment Corporation, where she helped structure a small business lending program.

Maria was also appointed to the Water Board of New York City by Mayor Michael Bloomberg, serving in that role from 2003 to 2008.  Maria is a member of the New York Bar and the American Bar Association and holds a B.A. in Economics from Fordham University and a J.D. from Yale Law School. 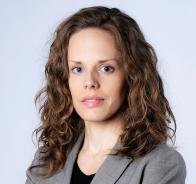 From 2019 through September 2021, Angela M. Escobar was a Teaching Fellow for the International Transactions Clinic at the New York University School of Law and a Fellow at the Grunin Center for Law and Social Entrepreneurship. Angela began her legal career as an associate at the leading global law firm Cleary Gottlieb Steen & Hamilton LLP, where she represented corporate entities and global financial institutions in a variety of complex cross-border transactions in the Latin American region. During her time at Cleary Gottlieb, Angela also provided consistent pro bono support to Legal Services NYC’s Bankruptcy Assistance Project. She subsequently acted as in-house counsel for two global companies, advising on a broad range of corporate matters, including commercial contracts, corporate governance, regulatory matters, and internal compliance. Prior to joining the NYU School of Law, Angela practiced public interest law at a Brooklyn-based legal services provider, representing low- to mid-income micro-enterprises and not-for-profit organizations in transactional matters. Angela holds a J.D. from the University of British Columbia, Faculty of Law, where she graduated with highest honors and was the recipient of the McCarthy Tétrault LLP Leadership Award. She is a member of the New York Bar and a native Spanish speaker. 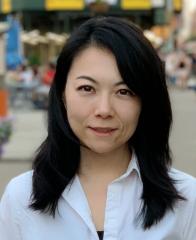 From 2019 to 2020, Ruth Gao was a Teaching Fellow for the International Transactions Clinic at the New York University School of Law and a Fellow at the Grunin Center for Law and Social Entrepreneurship. Prior to joining NYU Law, she was an associate at the leading global law firm Ropes & Gray LLP, in both New York and Hong Kong, where she represented U.S. and international private equity firms in domestic and international fund raising, formation and compliance matters and in other transactions.  During her time at Ropes & Gray, Ruth also maintained an active pro bono practice serving various not-for-profit organizations in New York, including advising on incorporation, governance, regulatory and contract matters and facilitating workshops for small business owners. Ruth has also worked as a transactions associate in the Beijing office of O’Melveny & Myers, LLP, where she advised clients on cross-border private equity and M&A transactions and assisted clients in their initial public offerings on various New York and Hong Kong stock exchanges. Ruth received her J.D. from NYU Law and her B.B.A. in business administration from the University of Michigan – Ann Arbor Stephen M. Ross School of Business. 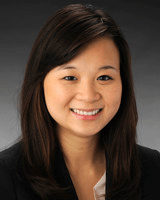 From 2018 to 2019, Katy Yang was a Teaching Fellow for the International Transactions Clinic at the New York University School of Law and a Fellow at the Grunin Center for Law and Social Entrepreneurship. Prior to joining NYU Law, she was an associate at the leading global law firm Cleary Gottlieb Steen & Hamilton LLP, where she represented U.S. and international clients in a variety of complex domestic and cross-border transactions and advised on compensation and benefits, corporate governance, capital markets and debt finance matters. During her time at Cleary Gottlieb, Yang also maintained an active pro bono practice that included serving as an extern attorney with Lawyers Alliance for New York and advising nonprofits on various governance, regulatory and contract matters. Yang has also worked on issues of gender violence and currently serves as a committee co-chair of the Sanctuary for Families Pro Bono Council and as a member of the Steering Committee for the LeGal’s LGBTQ Homeless Youth Clinic. She earned her B.A. in the Plan II Honors Program and B.B.A. in the Business Honors Program, both with highest honors, from the University of Texas at Austin, where she wrote her senior thesis on social entrepreneurship in young people. She holds a J.D. from Harvard Law School and is a member of the New York Bar. 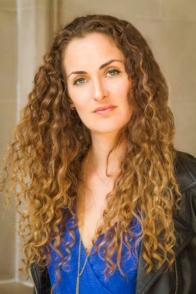 From 2017 to 2018, Flynn Coleman was the founding Grunin Fellow at the Grunin Center for Law and Social Entrepreneurship at New York Univesity School of Law. She is an international attorney, a social entrepreneur, an educator, an author, a public speaker, an ethical fashion designer, a former competetitive athlete, and a founder and CEO. She has spoken, written, and taught on issues of international human rights, international trade law, war crimes, truth commissions, political reconciliation, behavioral economics, technology and artificial intelligence, innovations in legal education and the legal industry, social impact and social enterprise, and improving access to justice and economic development through innovation.

Flynn clerked for President Fausto Pocar of the United Nation's International Criminal Tribunal for the former Yugoslavia and for the Honorable Donald C. Pogue, Chief Judge of the United States Court of International Trade. She practiced at Willkie Farr & Gallagher in their New York, Paris, and Washington DC offices, specializing in anti-bribery FCPA law and internal investigations. Flynn taught a curriculum on Redefining Success at King's College London Dickson Poon School of Law, and has been a faculty member at the General Assembly and The School of Life. She has worked as a legal deputy in Senegal and as a pro bono attorney with the Institute for Justice and Democracy in Haiti. Flynn has been named a Designed Good Changemaker, a Wisdom 2.0 scholarship winner, a Luce Scholar, a United Nations writing competition winner, a two time TEDx speaker, and the inaugural recipient of a Women in Sports award.

Flynn speaks five languages, and has worked with the United Nations, the United States federal government, and with international corporations, charitable organizations, and social enterprises around the world. She holds a BSFS from Georgtown University, a JD from UC Berkeley School of Law, and an LLM from the London School of Economics and Political Science.