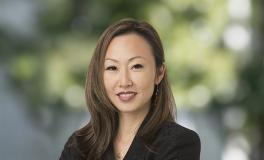 Arlene Arin Hahn is a partner in the Technology Transactions Practice of White & Case LLP, the Chair of White & Case’s Global Diversity Committee, and Co-Chair of White & Case’s New York Summer Associate Program, which was ranked the #1 Summer Program in the nation in a survey conducted by The American Lawyer.  Arlene is a transactional attorney who represents clients in a variety of intellectual property and technology matters with a focus on the IP aspects of private equity, M&A and other corporate transactions. Arlene has advised on hundreds of consummated transactions, ranging from initial start-up investments to whole business securitizations to some of the largest M&A deals in their respective industries. She represents strategic and financial clients in a broad range of industries, including software, consumer products, pharmaceuticals, medical devices, financial services, power, media, semiconductors, fashion, and sports.  Arlene is a member of White & Case’s Technology Industry Group Core Team, Pharmaceutical & Healthcare Industry Group Core Team, and Co-Chair of the New York Women’s Network.  Arlene has been recognized by numerous publications, including Intellectual Asset Management (IAM) Patent 1000, Euromoney's Women in Business Law Expert Guide, and Legal 500, Technology: Transactions (2017), which stated “Arlene Hahn ‘performs flawlessly for clients’”.  She is an Advisory Board Member to NYU School of Law's Grunin Center for Law and Social Entrepreneurship and a Member of MIT's Executive Council. She was also a Member of inaugural "Accelerated Women's Leadership Institute" at Harvard Law School Executive Education and author of an op-ed published by The Deal titled "How To Get More Women To Stay In Biglaw M&A", The Deal, Dealmaker Quarterly, 2018. Arlene was also Co-Contributing Editor and Co-Author of the U.S. chapter of the inaugural edition of "Technology M&A" (2018), published by Getting the Deal Through.  Arlene graduated with a BS in Biology from MIT in 1997 and with her JD from New York University School of Law in 2000, where she was a member of the NYU Law Review. 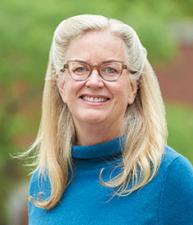 Deborah Burand, Professor of Clinical Law and Faculty Co-Director of the Grunin Center for Law and Social Entrepreneurship, NYU Law

Deborah Burand is a Professor of Clinical Law at NYU Law, where she directs the International Transactions Clinic and is Faculty Co-Director of the Grunin Center for Law and Social Entrepreneurship. She writes and lectures on issues related to international finance, microfinance and microfranchise, impact investing, and social finance innovations such as social impact bonds, social entrepreneurship, and developing sustainable businesses at the base of the economic pyramid.

During 2010-2011, Burand served as general counsel to the Overseas Private Investment Corporation, the development finance institution of the United States. Earlier in her career, she worked in the environmental sector (Conservation International), microfinance sector (FINCA International and Grameen Foundation), and US government (Federal Reserve Board and Department of the Treasury). She also has worked in private practice at a global law firm, where, among other things, she supported, on a pro bono basis, the development of the world’s first debt-for-nature swap.

Burand is a member of the board and Investment Committee of the MicroBuild Fund, an impact investment fund sponsored by Habitat for Humanity International. She is an advisor to the Linked Foundation and Social Sector Franchise Initiative. She co-founded the Impact Investing Legal Working Group (IILWG) and Women Advancing Microfinance (WAM) International. 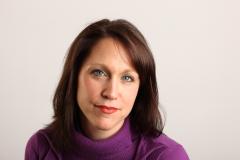 Tara is an Ashoka Fellow and an internationally recognized, award-winning CEO and Social Entrepreneur working for people with disabilities.

Over the past 20 years, Tara has been appointed to various non profit and governmental boards, advised non profits, corporate social responsibility programs, social enterprises, government agencies, the European Commission, politicians and philanthropic foundations throughout the US and Europe on how to create sustainable social impact and recently Co-Founded the Grunin Center for Law and Social Entrepreneurship at NYU School of Law.

In 2017 Tara began working as the CEO of Specialisterne USA to drive their proven neurodiversity employment model into exponential growth.

Tara lives in Toms River, NJ with her husband Mark and really amazing children Eoin, Charlie and Emilia. In her spare time, she is admittedly a terrible singer, seamstress, gardener and barber. 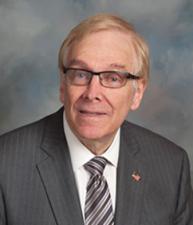 Jay Grunin is Co-Founder and Chairman, Jay & Linda Grunin Foundation. Jay graduated from Brooklyn College (with honors) in 1964, and from NYU School of Law in 1967, where he was an Editor of the Law Review and where he met his future wife and business partner. After a brief exposure to academia –as Research Assistant to an NYU Law professor teaching a seminar on legislative history–, as well as a brief stint in Big Law in New York, followed by a one year Appellate Division clerkship in New Jersey, Jay, who would never have to rue about the road not taken, opted to then take the advice of his lawyer-wife who implored him to “go south young man, go south”.  And so Jay and Linda “hitched on to the second wagon train” and landed in a then small town on the Central Jersey Shore called Toms River.

After a few years, Jay and Linda decided to open up their own small “mom and pop” law firm. In the 1970s, as Ocean County became one of the fastest growing counties in the entire United States, Jay and Linda’s law practice flourished. At the same time, Jay and Linda expanded their business interests to include real estate and other investments.

In the 1990s, the Grunins dissolved their law practice so as to concentrate full time on their greatest passions, business investments and philanthropy. In 2013 their philanthropic endeavors were formalized with the creation of the Jay and Linda Grunin Foundation. 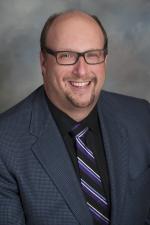 Jeremy Grunin has nearly 25 years of leadership experience in the private sector where he managed teams of 1000+ employees responsible for over half a billion dollars in revenue.  Since 2013, Jeremy has been actively engaged throughout the community as President of the Jay and Linda Grunin Foundation, a proactive grantmaker focused on economic growth at the Central Jersey Shore. Jeremy is a Partner of Grunin Holdings, LLC., a New Jersey Partnership specializing in the development and management of commercial real estate, as well as investing in third party commercial ventures. He has also hosted several talk radio shows on both AM and FM radio, including Topic A on WOBM. In addition, he holds several leadership positions on Boards and steering committees across the state of New Jersey. 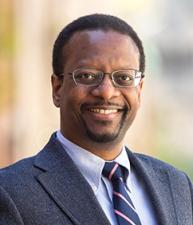 Troy McKenzie is Dean and Cecelia Goetz Professor of Law at NYU School of Law. He served as faculty co-director of the Institute of Judicial Administration (IJA) for over six years, as well as faculty co-director of the Center on Civil Justice. His research and teaching interests include bankruptcy, civil procedure, complex litigation, and the federal courts. He studies litigation and the institutions that shape it—particularly complex litigation that is resolved through the class action, bankruptcy, and other forms of aggregation. He is also a member of the National Bankruptcy Conference and the Council of the American Law Institute.

From 2011-15, McKenzie served, by appointment of the Chief Justice, as a reporter to the Advisory Committee on Bankruptcy Rules of the Judicial Conference of the United States. From 2015-17, he took a leave of absence from NYU to serve in the US Department of Justice as a Deputy Assistant Attorney General for the Office of Legal Counsel.

McKenzie earned a bachelor’s degree in chemical engineering in 1997 from Princeton University and a law degree in 2000 from NYU, where he was an executive editor of the Law Review and a member of the Order of the Coif. After law school, he served as a law clerk to Judge Pierre N. Leval of the US Court of Appeals for the Second Circuit and Justice John Paul Stevens of the Supreme Court of the United States. Before joining the NYU faculty in 2007, McKenzie was a litigation associate at Debevoise & Plimpton in New York 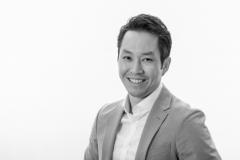 Jonathan has experience working in the government, NGO, private and academic sectors. He currently serves as an Attorney Advisor within the USAID Office of the General Counsel covering the Office of Private Capital and Microenterprise (PCM) and the Education Office, both within the Bureau for Economic Growth, Education and Environment (E3). Through the PCM office, Mr. Ng provides overall legal and policy guidance for Agency initiatives related to the Agency’s recent launch of its new private sector engagement (PSE) policy. He also serves on USAID’s Credit Review Board, the Agency’s internal risk review committee for all loan guarantees issued through the USAID Development Credit Authority. Prior to joining USAID, Mr. Ng was the first general counsel of Ashoka: Innovators for the Public, an international NGO known for starting the modern social entrepreneurship movement. Mr. Ng began his legal career in New York at White & Case LLP in its energy, infrastructure and project finance group. In addition to his work at USAID, Mr. Ng is currently an adjunct faculty member at Georgetown University Law Center, where he co-teaches a course on law and social entrepreneurship. 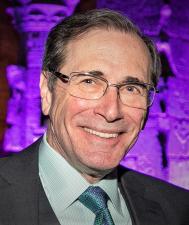 He served as Trustee and Chair of the Board of Trustees of a Washington-based foreign policy non-profit from 1999-2004 and received the White House and S.B.A. Award (Legal Advocate of the Year) in 1997 for helping to establish the Angel Capital Network (ACE Net).

After graduating NYU Law School in 1972, Mr. Nordlicht served at the Federal Trade Commission, in various positions with the U.S. Senate Foreign Relations Committee and practiced law in New York prior to establishing his own firm. 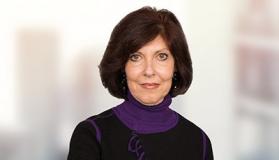 Rachel F. Robbins is currently senior independent director of Atlas Mara Limited, a UK-listed financial services company whose aim is to be the premier financial services company of Sub-Saharan Africa. She is also a Trustee of NYU School of Law and an Advisory Board member of the Grunin Center for Law and Social Entrepreneurship. She previously served as a non-executive director of FINCA Microfinance Holding Company, a global microfinance company.

From 2008 to 2012, Robbins served as vice president and general counsel of the International Finance Corporation and as a member of its Management Group. She joined the IFC with three decades of experience in legal and financial services, including extensive experience in corporate governance and in managing global teams through periods of change. Between 2006 and 2008, she was executive vice president, general counsel, and secretary of the New York Stock Exchange and NYSE Euronext. She spent 20 years at JPMorgan & Co. and was general counsel and corporate secretary from 1996 to 2001. From 2003 to 2004, she was general counsel of Citigroup International.

Robbins holds a JD from New York University School of Law and a BA in French literature from Wellesley College. 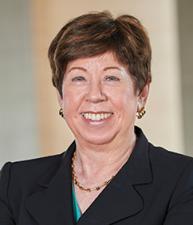 Helen Scott, Professor of Law and Faculty Co-director of the Grunin Center for Law and Social Entrepreneurship and the Leadership Program in Law and Business, NYU Law

Helen Scott is Professor of Law and the founder and co-director of the Mitchell Jacobson Leadership Program in Law and Business at New York University School of Law, as well as Faculty Co-Director of the Grunin Center for Law and Social Entrepreneurship. In that capacity, she has participated in the development of innovative Law and Business courses, including Investing in Microfinance, Law & Business of Corporate Governance, and Professional Responsibility in Law and Business. Scott oversees the competitive Leadership Scholars program, and runs the capstone seminar for the program, Law and Business Projects. She has been a member of the NYU School of Law faculty since 1982 and teaches a wide variety of business law courses, including the basic Contracts and Corporations courses.

Scott currently serves on the Board of Directors of IEX LLC, the newly launched stock exchange. From 1999 to 2004, Scott co-chaired the Listing and Hearing Review Council of the NASDAQ Stock Market, an independent advisory committee to the board of directors, with primary responsibility for formulating and recommending corporate governance and quantitative listing standards for that market.

In 1997, Scott received the Legal Advocate of the Year award from the US Small Business Administration in recognition of her participation in the development of the Angel Capital Electronic Network (ACE-Net) project to increase financing available to early-stage entrepreneurial enterprises. Before joining the Law School faculty, Scott practiced law in Washington, DC, and New York.