Business Law in the Public Interest

The NYU Program on Corporate Compliance and Enforcement (PCCE) is a law and research program dedicated to developing a richer and deeper understanding of the causes of corporate misconduct and the nature of effective enforcement and compliance.

PCCE is directed by faculty director Jennifer Arlen '86. Through practical discourse and legal scholarship, PCCE seeks to help shape optimal enforcement policy, guide firms in developing more effective and robust compliance programs, and enhance education in the field of corporate compliance and enforcement. Each year, several students are accepted into the program, enabling them to gain unparalleled expertise in this area, both through courses and through access to leading practitioners. No other leading law school offers the same depth and breadth of courses by full-time faculty in this area.

From the PCCE Blog, Compliance & Enforcement

by Joel Mitnick and Ngoc Pham Hulbig On September 3, 2020, the Department of Justice (“DOJ”) issued a revised Merger Remedies Manual (PDF: 312 KB), which sets forth the Division’s framework for… more

The Airbus Triple Resolution: A Landmark Case in Europe and America

by Michel A. Perez With the triple coordinated resolution of the Airbus case announced simultaneously on January 31, 2020 in Washington, London and Paris, negotiated corporate settlements reached new… more

Are Voluntary Monitors the Key to Mitigating COVID-19-Related Misconduct Risks?

by Jonny Frank and Kaitlyn Cecala In the wake of serious misconduct, companies self-appoint “Voluntary Monitors” to avoid one imposed and selected by the government, reduce sanctions, escape… more

by Avi Gesser, Anna R. Gressel, and Robin Lööf The widespread criticism, and partial abandonment, of the algorithm that was used to evaluate UK students serves as useful reminder that corporate AI… more 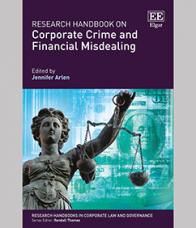