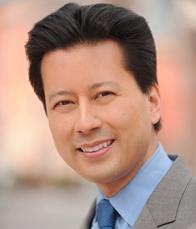 Yoshino has published in major academic journals, including the Harvard Law Review, the Stanford Law Review, and the Yale Law Journal. He has also written for more popular forums, including the Los Angeles Times, the New York Times, and the Washington Post. Yoshino is the author of three books. His fourth book (co-authored with David Glasgow), Say the Right Thing: How to Talk About Identity, Diversity, and Justice, will be published by Simon & Schuster in February 2023.

Yoshino has served as the President of the Harvard Board of Overseers. He currently serves on the Board of the Brennan Center for Justice, on advisory boards for diversity and inclusion for Morgan Stanley and Charter Communications, and on the board of his children's school. He has won numerous awards for his teaching and scholarship, including the American Bar Association’s Silver Gavel Award, the Peck medal in jurisprudence, and the University's Distinguished Teaching Award.

He lives in Manhattan with his husband, two children, and a Great Dane. 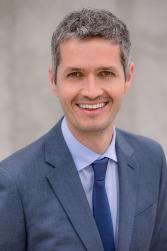 David Glasgow is the executive director of the Meltzer Center for Diversity, Inclusion, and Belonging and an adjunct professor of law at NYU School of Law. In his role at the Meltzer Center, he develops and executes educational programs on diversity and inclusion for internal and external clients, coordinates a speaker series and other events on contemporary diversity and inclusion issues, and manages the center's general operations. He has co-taught courses at the Law School on leadership, diversity, and inclusion, and has co-authored a book with Kenji Yoshino, Say the Right Thing: How to Talk about Identity, Diversity, and Justice, to be published by Simon & Schuster in 2023. David graduated with a BA in philosophy and an LLB (First Class Honors) from the University of Melbourne, and a Master of Laws (LLM) from NYU School of Law, where he received the David H. Moses Memorial Prize and the George Colin Award. Prior to joining the Meltzer Center, he practiced employee relations and anti-discrimination law in Melbourne, Australia, and then served as an Associate Director of the Public Interest Law Center at NYU School of Law. 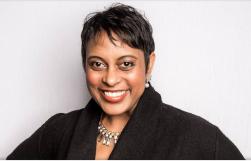 Schele Williams is a director committed to cultivating new musicals and devised work with authentic representation on stage and off. Profiled in Variety’s Top 10 Broadway to Watch, she is currently directing the upcoming Broadway revivals of Aida (Disney Theatrical Group) and the Wiz as well as the premieres of Mandela the Musical and Indigo, and co directing The Notebook premiering at Chicago Shakespeare Theatre in fall 2022. She will also be helming Hidden Figures, currently in development (Disney Theatrical Group). Schele has directed at regional theaters and festivals across the country and has a long history of work on Broadway in Rent, Aida, and Motown: The Musical. Passionate about pairing social justice with the arts, Schele is a founding member of Black Theatre United, an organization committed to dismantling systemic racism on our streets and stages. She has been a member of Broadway Inspirational Voices for over two decades and serves as Chairperson of the Board, and also serves on the board of Broadway Care Equity Fights AIDS. Schele is     the author of the children’s book Your Legacy: A Bold Reclaiming of Our Enslaved History, recipient of a 2022 Boston Globe-Horn Book honor. 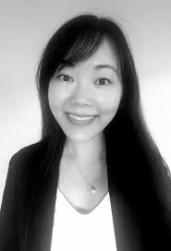 Shirley Dang is the assistant director of program initiatives for the Meltzer Center for Diversity, Inclusion, and Belonging and the Birnbaum Women's Leadership Network (BWLN) at NYU School of Law. She has been with the Meltzer Center since its inception in 2016 assisting the directors with event planning and administrative matters. She has prior professional experience working in education and medical nonprofits, and managing grant portfolios for a philanthropic fund. She holds a BA in Asian and Asian American Studies from Stony Brook University, a MA in International Education from NYU Steinhardt, and a MPA in Public and Nonprofit Management specializing in social impact, investment, and innovation from NYU Wagner. 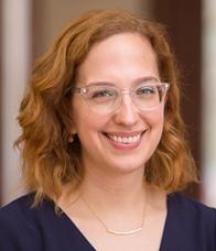 Claire Whitman is the assistant director of strategic and student initiatives for the Meltzer Center for Diversity, Inclusion, and Belonging and the Birnbaum Women’s Leadership Network (BWLN) at NYU Law. She has been with the BWLN since its inception in 2018 and joined the Meltzer Center in December 2022. She came to the Law School in 2015 as leadership initiatives coordinator; in this position, she helped implement a wide range of leadership programming, including workshops for students and law firms, as well as conversations with notable guest speakers. Prior to NYU Law, Claire spent three years working as the assistant to the president of a small cultural nonprofit in New York City before attending graduate school. She graduated from Oberlin College with a BA in politics and received an MA in political communications from Goldsmiths, University of London. She is currently pursuing an advanced certificate in management for public and non-profit organizations at NYU Wagner. 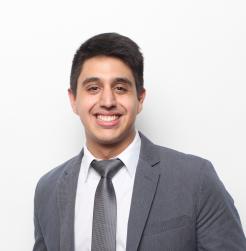 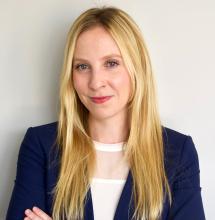