Our student fellows are chosen through a competitive selection process to conduct research into topics of diversity, inclusion, and belonging under the guidance and supervision of center leadership; work on research-backed projects to advance the Law School's efforts on diversity and inclusion; and contribute to the center's sharing of expertise on diversity and inclusion with external organizations.

Nikita is a third-year J.D. candidate at NYU School of Law. Originally from New Zealand and having grown up in Asia, her academic and professional background is in international political/economic advocacy and research. Nikita worked as a contract research analyst for the United Nations Mine Action Service and the United Nations Office for the Coordination of Humanitarian Affairs, developing recommendations for international actors and governments on human rights and public health issues. Nikita’s 2L summer was spent at White & Case in their commercial litigation practice, working on cross-border arbitrations and disputes, as well as on numerous pro bono lawsuits against municipalities for political and civil rights violations. She also continued her work with international organizations and governing bodies, assisting global institutional actors in improving multinational disaster risk management strategies or investigating systemic labor rights abuses. Her 1L summer was at Skadden Arps as a 1L Diversity Summer Scholar, including a secondment to The Bronx Defenders Civil Action Practice, where she advocated for low-income New Yorkers on housing and benefits cases. 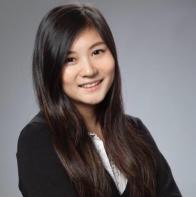 Hailing from sunny Singapore, Chihiro is a third year J.D. student at NYU School of Law. She spent her 2L summer at the New York and Hong Kong offices of Cleary Gottlieb Steen & Hamilton, and her 1L summer as a diversity scholar in the New York office of Katten Muchin Rosenman.

During her time as a law student, Chihiro has devoted herself to issues of diversity, inclusion and belonging, focusing on how these issues operate within specific institutional structures. At NYU Law, she has served as a staff editor of the Journal of International Law and Politics, the Partnership and Diversity Co-Chair for Law Women, the Professional Co-Chair of APALSA, an assistant legal advisor to the Republic of Nauru in the United Nations Diplomacy Clinic, a teaching assistant for the 1L Lawyering program and a research assistant for Professor Frank Upham. Her research for Professor Upham focuses on gender discrimination law and policy in Japan, while her final legal memo for her clinic examined how funding structures within the United Nations could become more inclusive for developing nations with small-scale economies.  At the Center, Chihiro plans to continue research on how different institutional structures could operate to incentivize different behaviors vis a vis engagement with diversity and inclusion. In particular, she plans to expand on a law school-wide survey on diverse students’ experiences during the law firm recruitment process that she initiated on behalf of Law Women and All-ALSA this year.

Chihiro holds a B.A., with distinction in Comparative Literature and Film, from Yale University. Prior to law school, Chihiro worked as an investment banker at Goldman Sachs, and as a regional manager of a boutique investment advisory firm focusing on investments across Southeast Asia and Japan. She is excited to tie her research at the Center to her personal experiences as a woman of color in different institutional settings across the globe. She hopes to work towards making the language and conversations surrounding diversity, inclusion and belonging itself more inclusive, applicable, and approachable to all communities. 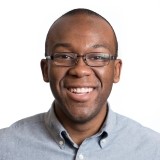 Clarence Okoh is a third-year law student at NYU invested in building the capacity of marginalized communities to achieve justice. Prior to law school, Clarence was as an AmeriCorps volunteer serving economically distressed communities in the Deep South, and afterwards, worked as a policy advocate at a Washington D.C. think-tank. During his time in law school, Clarence has served as Co-Chair for the Black Allied Law Students Association, as a Colloquium Editor for the Review of Law and Social Change and as a Student Fellow with the Center on Race, Inequality and the Law. He has participated in the Criminal Defense and Re-Entry Clinic and will participate in the Civil Rights Clinic this Spring. He spent his summers interning with the Advancement Project and the NAACP Legal Defense and Educational Fund. Clarence received his undergraduate degree from the University of Chicago and is a proud native of Birmingham, Alabama. After law school, he intends to pursue a career in civil rights and racial justice legal advocacy.

A native of New York City, Jessica is a third-year Root-Tilden-Kern Public Interest Scholar. In both her research and activism, she has devoted herself to combating discrimination, focusing primarily on gender discrimination and reproductive justice. At the Center, she plans to expand upon this work through research on authenticity, stereotype threat, and mental disability. At NYU, she has served as Co-President of NYU Law Women, on the board of Law Students for Reproductive Justice, as an advocate in the Family Defense Clinic, and as a research assistant for Professors Erin Murphy and Kenji Yoshino. She is currently the Senior Articles Editor Liaison for the Review of Law and Social Change. Jessica spent her 2L summer at the Center for Reproductive Rights in their United States Legal Program and her 1L summer at the Department of Justice Civil Rights Division Educational Opportunities Section. Following law school, she will clerk for the Honorable Allyne Ross, U.S. District Court for the Eastern District of New York, and the Honorable Cheryl Ann Krause, U.S. Court of Appeals for the Third Circuit. 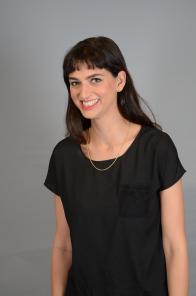 Shlomit is pursuing her LL.M at NYU School of Law, where she focuses on civil rights and labor and employment law. She earned her LL.B at the Faculty of Law of Tel Aviv University, Israel in 2011, and has been a practicing lawyer since. Shlomit practiced for three years at N. Feinberg & Co, Israel’s leading labor and employment law firm. Her commitment to social justice and education led her to become a clinical instructor and advocate at the Workers’ Rights Clinic at the Tel Aviv University, where she worked prior to moving to NYC.

At the legal clinic, Shlomit worked to strengthen underprivileged and exploited employees of various backgrounds, using different legal tools such as litigation, promoting statutory amendments, and providing legal consultation to workers attempting to unionize. She also mentored students who worked beside her on the clinic’s cases and projects. Shlomit is eager to continue her work in advancing employees’ rights in the U.S. through public interest law and academic research.

Erin Shea holds a J.D. from NYU School of Law along with a B.A. from the University of Rhode Island in Journalism and Political Science. She is the co-chair of the Mental Health Law & Justice Association and the co-chair and co-founder of the Disability Allied Law Students Association.

Prior to coming to law school, she worked as a legislative assistant, aiding in state-level lobbying efforts for health care, elder law, disability advocacy, and state-aided organizations, researching proposed legislation of interest and assisting in the preparation of testimony for bill hearings. She has taught English in Chile and volunteered with La Lengua de mi Barrio, an organization that conducts nonviolence trainings and hip hop exchanges in Colombia and the U.S.

For her 1L summer she interned at the ACLU’s Disability Rights Program in San Francisco, where she worked on special education and voting rights cases and researched police practices and guardianship issues. This summer, she will be interning at the Bazelon Center for Mental Health Law in Washington, DC. 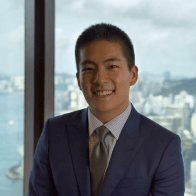 Prior to law school, Eric was an analyst at Goldman Sachs in Hong Kong and New York.  His role in the Human Capital Management division centered around designing and delivering training workshops on topics including: workplace inclusion, executive presence, negotiation theory, and mindfulness.

In another life, Eric was also: an assistant chef in Iceland, a TEFL certification instructor in Italy, a bartender in Portugal, and a junior associate at a small venture capital firm. He will be interning in the Criminal Division of the U.S. Attorney’s Office in the Eastern District of New York this summer. 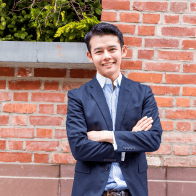 Taro Tanaka earned his law degree at Keio University Law School, where he graduated in the top 5% of his class and received multiple scholarships.

After he passed the Japanese national bar examination, he joined Mori Hamada & Matsumoto, (one of the largest full-service international law firms in Tokyo) with a focus on both international and domestic disputes. In 2015, he joined Freshfields Bruckhaus Deringer where he belongs to the dispute resolution group. He has substantial experience with international arbitration, such as representing a Japanese energy investor before the ICSID in an Energy Charter Treaty arbitration against Spain.

Alongside his work, Taro has been playing a central role in achieving LGBTI equality in Japan. He represents the marriage equality petition before the Japan Federation of Bar Associations (the only time this argument has been made in Japan). He gave numerous presentations/lectures to, among other things, the Diet members as well as companies and schools. He took a lead on launching the UN’s Corporate Standards of Conduct on Tackling Discrimination against LGBTI in Japan upon request by the OHCHR. His effort and experience were chronicled in an interview with the Asahi Shimbun (one of the most prominent national newspapers in Japan).

To pursue an LLM in International Legal Studies, Taro has been granted a Fulbright Scholarship as well as a Dean's Graduate Award from NYU Law. His primary focus is human rights for the LGBTI community.

Kayla is pursuing a joint JD/MPA at New York University School of Law and Princeton University's Woodrow Wilson School. At NYU, she is the Chair of the Black Allied Law Students Association, an Intake Manager for the Student Representation Project, and a Root-Tilden-Kern Public Interest Scholar. Prior to going to law school, Kayla worked as a Social Studies Teacher in Brooklyn, New York, teaching students who were over-age and under-credited, and later at the Harlem Children’s Zone, Promise Academy II, teaching 7th and 8th graders. Kayla continues her work as an educator by coaching teachers as a New York City Teaching Fellows Field Consultant. This past summer, Kayla worked on police accountability and mixed income public housing as a Legal Intern at BPI in Chicago, Illinois. She is currently a clinical student in Columbia University's Center for Public Research and Leadership's Education Consulting program. She holds a B.A. in Sociology and African American Studies from Yale University and an M.S.Ed in Secondary Education from the University of Pennsylvania. 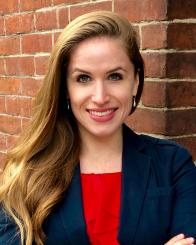 Tori is a 3L Furman Public Policy Scholar at New York University School of Law, where she focuses on civil rights and racial justice law and policy. Tori served as a staff editor for the N.Y.U. Review of Law & Social Change and as chair of NYU's Prison Reform and Education Project. She worked as a research assistant for multiple professors on projects regarding gerrymandering and Native American rights, and as a student fellow for the Center on Race, Inequality, and the Law.

Tori spent her 1L summer working on death penalty defense with the Louisiana Capital Assistance Center, and her 2L summer working on housing affordability policy in California’s Bay Area with the nonprofit law firm Public Advocates. As a 2L, Tori participated in NYU's Civil Rights Clinic, and in the Racial Equity Strategies Clinic at the NAACP Legal Defense and Educational Fund, Inc. (LDF). For her final semester, she will participate in NYU’s Racial Justice Clinic with the ACLU.