Barry Friedman is one of the country’s leading authorities on constitutional law, policing, criminal procedure, and the federal courts. He is the author of the The Will of the People: How Public Opinion Has Influenced the Supreme Court and Shaped the Meaning of the Constitution (2009), and Unwarranted: Policing without Permission (2017). Friedman is the founding director of NYU Law’s Policing Project, and the reporter for the American Law Institute’s Principles of Law: Policing. He publishes regularly in the nation’s leading academic journals, in the fields of law, politics, and history; his work also appears frequently in the popular press, including the New York Times, Slate, the Los Angeles Times, Politico, and the New Republic. Friedman has served as a litigator or litigation consultant on a variety of matters in the federal and state courts, and has had a long involvement with social change issues. In addition to his conventional courses in Constitutional Law, Federal Courts, and Criminal Procedure, Friedman teaches seminars in policing, and a new course entitled Judicial Decisionmaking that marries social science about judging with normative and institutional legal questions. He and a set of co-authors from law and the social sciences are writing a course book for the Judicial Decisionmaking course. Friedman is also the author of Open Book: The Inside Track to Law School Success, and talks frequently on the subject. Friedman graduated with honors from the University of Chicago and received his law degree magna cum laude from Georgetown University Law Center. He clerked for Judge Phyllis A. Kravitch of the US Court of Appeals for the 11th Circuit.

Emma Kaufman teaches and writes about criminal law, constitutional law, and the administrative state. Her scholarship has appeared or is forthcoming in peer-reviewed academic journals and leading law reviews, including the Harvard Law Review, Michigan Law Review, University of Chicago Law Review, and Yale Law Journal. Her book, Punish and Expel: Border Control, Nationalism, and the New Purpose of the Prison (Oxford University Press), drew on a year of ethnographic research inside men’s prisons to offer a new account of the relationship between punishment and immigration enforcement. In 2022, she received the law school’s Podell Distinguished Teaching Award. 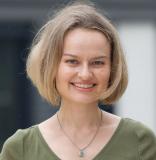 After graduation, Natalie worked on environmental policy and appellate litigation as a Legal Fellow at the Institute for Policy Integrity and then clerked for the Honorable Judge Randolph D. Moss of the United States District Court for the District of Columbia and the Honorable Judge David S. Tatel of the D.C. Circuit. Her work has appeared in Harvard Environmental Law Review, NYU Law Review, and the Michigan Journal of Environmental and Administrative Law, as well as journalistic outlets like NPR, The Washington Post, and Scientific American. When not working, Natalie and her dog enjoy watching squirrels in Washington Square Park, albeit with differing senses of urgency.

Jack graduated magna cum laude from NYU School of Law, where he was a Notes Editor of the NYU Law Review. Upon graduation, Jack clerked for the Hon. Raymond J. Lohier of the U.S. Court of Appeals for the Second Circuit and the Hon. Edgardo Ramos of the U.S. District Court for the Southern District of New York. Both prior to and after clerking, he was associated with two prominent law firms in New York City, where he practiced in state and federal courts at both the trial and appellate levels. His research focuses on aggregate litigation, bankruptcy, and complex civil procedure. Jack holds a B.A. with honors from the University of Pennsylvania.

Zachary Stuart is the Program Administrator for the Furman Scholars Program and the Academic Careers Program at NYU School of Law. Prior to joining the School of Law, he worked at the Long Island City Partnership, an Economic Development Organization in Queens, New York. Zachary graduated from New York University in the Class of 2019 with a BA in History.