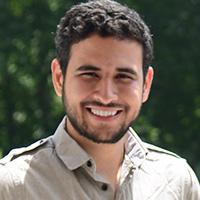 Alfredo is originally from Venezuela, where he obtained his degree in Economics at Universidad Católica Andrés Bello. Prior to NYU, Alfredo worked for a policy/political consultancy firm in Caracas, later pursued a Master in Public Administration in International Development at the Harvard Kennedy School, and lastly worked as a research fellow at the Center for International Development at Harvard University. Alfredo is now pursuing a joint PhD/JD degree at NYU with research interests around Law and Development, Empirical Legal Studies, and Political Economy. During his first year at the law school, Alfredo coauthored a paper on Legal Disagreement with Professor Kevin Davis. 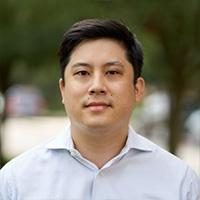 Edwin is interested in the empirical study of securities regulation and corporate law. He is currently a Research Fellow at NYU Law's Institute for Corporate Governance and Finance and his research has been published or is forthcoming in the Stanford Law Review, the Journal of Financial Economics, and the Journal of Financial Intermediation. Previously, he was chief economist and counsel to Commissioner Robert J. Jackson Jr. at the Securities and Exchange Commission. He holds two bachelor’s degrees (in economics and applied computational math) from the University of Washington, and a masters and Ph.D in finance from Rice University. 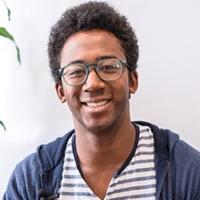 Kevin's research areas of interest cover administrative law, antitrust, and torts. He intends to study how effectively these areas of the law can be used to regulate powerful technology corporations and new technologies such as Artificial Intelligence. Kevin holds a masters in statistics from Harvard University, a masters in Management Science and Engineering from Ecole Polytechnique (France), and a bachelor's degree in Applied Mathematics from Ecole Polytechnique. He is a Staff Editor on the NYU Law Review and the President of student groups Rights over Tech and the Asia Law Society. Prior to law school, Kevin worked for six years in the technology industry as data scientist, product manager, and head of growth for various startups. 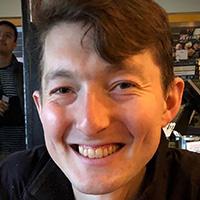 Adam works in constitutional law with a focus on separation of powers, as well as comparative democracy and political theory. Before beginning law school, he completed a doctorate in Ancient History at the University of California, Berkeley. During his time at the law school, he worked as a member of the voter protection team for the Biden Campaign; worked as a research assistant on the Presidential Commission on the Supreme Court of the United States under Professor Bauer and Dean Morrison; served as a research assistant for Professors Levinson and Pildes; and co-authored with Professor Issacharoff. Adam has also published journalistic pieces with the Washington Post, Just Security, and Public Seminar. 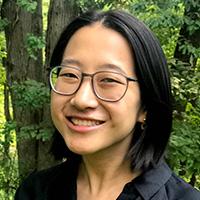 Nicole is focused on technology law as it relates to surveillance, civil liberties, and state power. Before law school, she was an editorial fellow in The Atlantic’s live journalism division. At NYU, Nicole is an Arthur Garfield Hays Civil Liberties Fellow, an Articles Editor for the NYU Law Review, and a board member of Rights over Technology. She was previously a Fellow at NYU’s Center on Race, Inequality, and the Law, Outreach Co-Chair of the Asian Pacific American Law Students Association, and a student advocate in the Technology Law and Policy Clinic. She spent her 1L summer interning at the Electronic Privacy Information Center and her 2L summer in the Legal Aid Society’s Digital Forensics Unit. In her 3L fall semester, she is interning at the Knight First Amendment Institute. She was a teaching assistant for Professor Emma Kaufman and a research assistant on the Presidential Commission on the Supreme Court of the United States. She has a B.A. in Math and Philosophy from Yale. 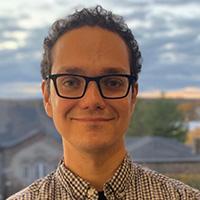 Daniel Putnam's research focuses on the intersection of First Amendment law and anti-discrimination law, particularly as applied to gender and sexual minorities. He received a Ph.D. in philosophy from Yale and a B.A. in philosophy and political science from Swarthmore. At NYU, Daniel has been a staff editor of the NYU Review of Law and Social Change, a board member of the Law and Political Economy Association, and a research assistant for Professor Kenji Yoshino. Before coming to NYU, he was a lecturer in philosophy and political economy at Dartmouth and a postdoctoral research associate in values and public policy at Princeton. 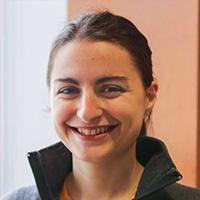 Nika is primarily focused on the intersection of environmental and health policy in the United States. Prior to law school, she earned her Master of Public Health in Population & Family Health from Columbia University with a specialization in forced migration and her BA in Biology from Barnard College, Columbia University. She also worked as a healthcare software consultant and as a coordinator for the National Center for Disaster Preparedness at the Earth Institute. At NYU, Nika is Editor-in-Chief at the NYU Law Review, a Furman Public Policy Scholar, worked as a research assistant for Professor Richard Revesz for her 1L summer, and will be a teaching assistant for Daryl Levinson's Constitutional Law class. 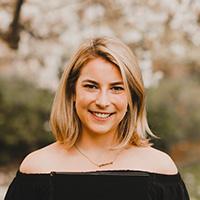 Jacquelyn graduated magna cum laude from Princeton University where she majored in Politics. At Princeton, she wrote her Senior Thesis on the institutional and relational duties of justice the global financial system creates, and how these duties map on to multinational banks and the U.S. Federal Reserve, and won the Lyman H. Atwater Prize, awarded for the top Senior Thesis in the Politics department. After college, Jacquelyn worked at Oliver Wyman, where she further explored the global financial system through her project work as a consultant. At NYU, she is a teacher for the High School Law Institute, staff editor on the NYU Law Review, research assistant for Professors Kevin Davis and Linda Silberman, and will be a teaching assistant for Professor Roderick Hills. Jacquelyn's research areas of interest include exploring how U.S. financial institutions shape, and are shaped by, international law and politics. 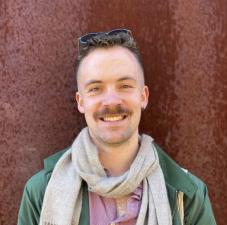 Pieter is interested in exploring the intersection of law and democracy, with a focus on constitutional and administrative law. He graduated Phi Beta Kappa with honors from Brown University in 2018, where he studied Spanish and Public Policy and wrote a thesis on the representation of Spanish nationalism in film. Before coming to NYU, Pieter spent several years working in Democratic party politics, primarily in state legislative races across the country. At NYU, he is President of the NYU Law Democrats, a member of the OUTLaw board, and a staff editor on the Annual Survey of American Law. He has also worked as a research assistant for Professor Barry Friedman and for the democracy program at the Brennan Center for Justice. 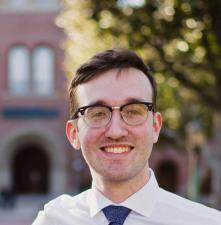 Colin is interested in incremental reforms to the federal income tax as approximations of wealth taxation and other aspects of tax law. He studied Applied and Computational Mathematics at the University of Southern California (B.S. 2021) before taking on law school. At NYU, Colin is a Staff Editor at the NYU Law Review and will be a teaching assistant for Professor Daniel Hemel's Income Taxation course in Spring 2023. During his 1L summer, he worked as a research assistant for Professor Helen Hershkoff and as a Summer Honors Intern at the New York City Law Department. 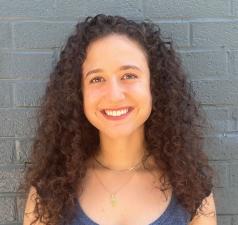 Maya Konstantino is interested in the intersection of public health law, intellectual property and tort law. She has a Bachelor of Science in Biomolecular Science, English Literature and Entrepreneurship from the University of Michigan, where she was in the LSA Honors Program. Prior to law school Maya co-founded a pharmaceutical start-up and worked as an analyst for an international biotech incubator. During her 1L summer she worked at Synchron – a brain computer interface company – where she researched data privacy laws as they relate to brain data. At NYU, Maya is a staff editor on the Journal of Legislation & Public Policy, a JLSA board member, an RA for Kenji Yoshino and a teaching assistant for Torts and Criminal Law. 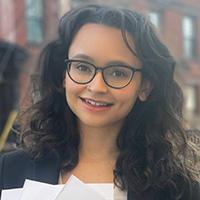 Eva is focused on election law and disenfranchisement, voting behavior, and comparative rule of law, as it pertains to democratic erosion and the ways in which right-wing populists undermine institutions. She holds a M.A. (2019) and M.Phil (2021) in Political Science from Yale University, where she is also a Ph.D. candidate, and a B.A. in Economics and Global and International Studies from Bard College (2017). In addition to her academic interests, Eva-Marie is a strong proponent of civic engagement, and has previously co-directed a nonpartisan student voting initiative affiliated with the Andrew Goodman Foundation and held a fellowship with the Foundation, served as Head of National Youth Engagement for the Unity March for Puerto Rico, trained high school and college students in competitive debate, and worked with several political campaigns. 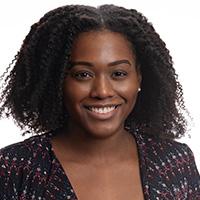 Chanique graduated from Columbia University with a B.A. in Political Science in 2017 and a Master of Public Health (M.P.H) in Health Policy and Management in 2020. Before law school, Chanique worked as a consultant at Accenture where she helped health and public sector clients with technology implementations. She has also spent time working at ICAP and the International Rescue Committee. Chanique is interested in exploring the intersection of health, law, and technology. 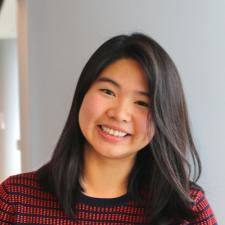 Yidi graduated from Brown University with a BA in Philosophy and Economics. Prior to law school, she worked in Capital One's Strategy Group, as a Regional Organizing Director on the Elizabeth Warren for President campaign, and at the Health and Human Services as a Special Assistant for the Office of Community Services. At NYU, Yidi is a Staff Editor at the NYU Law Review, and worked as a research assistant for Professors Helen Hershkoff and Adam Cox, and will be a teaching assistant for Professor Richard Brooks' Contracts course. Yidi's research areas of interest include financial regulations and administrative law. 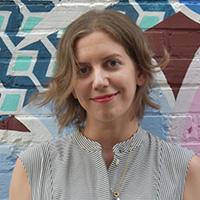 Hannah's research interests lie at the intersection of law, epistemology, and the philosophy of mind, with a particular focus on the role of "folk psychology" in legal reasoning. She earned a PhD in English from Stanford University and a BA from the University of Chicago. Her book, Writing the Mind: Social Cognition in Nineteenth-Century American Fiction, will be published by Stanford University Press in 2022; she has also published articles in NOVEL, American Literature, and the Journal of Cultural Analytics, among other venues. Before coming to NYU Law, Hannah taught students ranging from middle schoolers to undergraduates and spent three years as a Junior Fellow at the Harvard Society of Fellows. 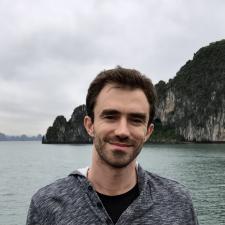 Bob is interested in the intersection of law and philosophy. He graduated Phi Beta Kappa with honors from Brown University, where he majored in philosophy. After college, he taught middle school in New York City as part of Teach for America, before going on to receive a PhD in philosophy from Rutgers University. Since 2017 he has been a President's Assistant Professor in the Department of Philosophy at the National University of Singapore, where he won the Promising Researcher Award and the Annual Teaching Excellence Award. His research to date has focused on issues in epistemology, philosophy of language, metaethics, and cognitive science. This research has appeared in a number of philosophy and linguistics journals, including the Journal of Philosophy, Mind, Noũs, Philosophers' Imprint, and Semantics & Pragmatics. 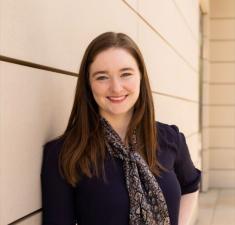 Nina's research focuses on empirical analysis of the modern U.S. corporation. Motivated by an interest in the economic and national security implications of U.S. corporate law, Nina is also pursuing a Ph.D. in Jurisprudence & Social Policy at UC Berkeley and has served as a staff member of the U.S. Senate Committee on Foreign Relations. Originally from Charlottesville, Virginia, Nina holds degrees from Yale University (B.A., Ethics, Politics, and Economics) and Tsinghua University (Masters, Global Affairs, Schwarzman Scholar).