The Nordlicht Family Scholarship in the Grunin Center for Law and Social Entrepreneurship is part of NYU’s innovative initiative to support social entrepreneurship through legal studies. The Scholarship is awarded to J.D. students who intend to pursue a career in social entrepreneurship by following a curriculum which combines legal and business skills with the ultimate goal of creating innovative solutions to pressing social problems. The scholarship is limited to J.D. applicants with financial need as defined by the Law School. Nordlicht Family Scholars are fully integrated members of the Jacobson Leadership Program.

The Grunin Center for Law and Social Entrepreneurship annually awards one merit-based scholarship to a rising 3L law student or an incoming LL.M student with a demonstrated interest and/or achievement in creating innovative solutions in emerging markets, with a focus on the field of natural resources. This scholarship provides $10,000 in partial tuition support for the full-time J.D. or master’s degree programs. 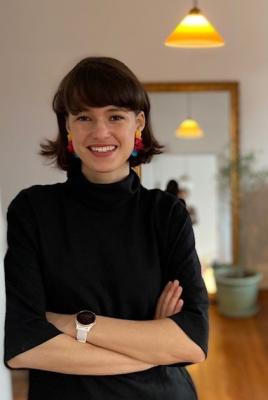 Beatriz Esperança is a human rights lawyer from Portugal. She graduated in Law from the University of Lisbon in 2015 and received an LLM in Public International Law from the University of Cambridge in 2017. Over her five years of professional experience, she has held positions in eGovernment, international organizations, and non-governmental organizations.Between 2015 and 2016, she worked as a legal advisor to the Secretary of State of the Presidency of the Council of Ministers of Portugal. During this time, she also lectured on European Union Law and Introduction to Law at the University of Lisbon.

After graduating from the University of Cambridge, she joined the Open Society Justice Initiative (OSJI) as an Aryeh Neier Fellow. At OSJI, she worked with the Economic Justice and Legal Empowerment teams. She became especially interested in socioeconomic rights and interdisciplinary approaches to Law as a tool for justice. Afterward, Beatriz worked as Assistant Lawyer to the Portuguese Division at the European Court of Human Rights. In this role, she analyzed human rights complaints against Portugal, drafted reports, inadmissibility decisions, and judgments in complex cases concerning inter alia freedom of expression, detention conditions, family and private life, and fair trial.

At NYU, she hopes to pursue her passion for corporate accountability, environmental justice, and socioeconomic rights. 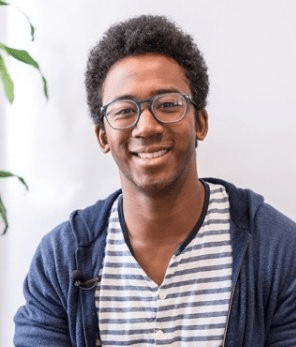 Prior to law school, Kevin was the Head of Growth at Mos.com, an education-tech startup that helps alleviate the student debt crisis by making college funding more accessible to students across the US. Originally from Paris, France, Kevin studied math, computer science and statistics at Ecole Polytechnique and Harvard University before spending 6 years in the tech industry. Throughout his tech career, he has shifted his focus from initially working on technology-centered products to ventures driven by societal impact, most recently leading product and growth teams in health tech and education tech.

At NYU Kevin plans to focus on technology policy and regulation, and looks forward to explore how law and policy can get ahead of complex innovations to design the business rules and incentives capable of fostering an equitable tech-enabled society. He is thrilled to start 1L at NYU Law and honored to be a Nordlicht Family Scholar for Law and Social Entrepreneurship. 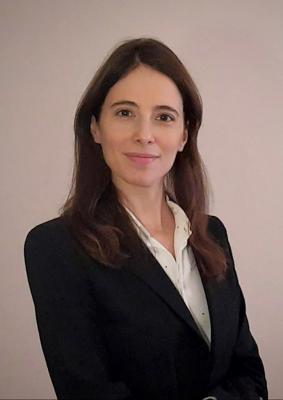 Before attending NYU, Natalia worked at the Treasury Attorney General’s Office of the Argentine Republic. First, she served as legal advisor to the Treasury Attorney General, head of the highest advisory body of the Executive Branch and all Ministries. As a member of his team, she provided strategic policy and legal advice in diverse portfolio areas focusing on public, regulatory, and international matters and high-profile controversies and international investment arbitrations. Afterward, she joined the Directorate of International Affairs and Controversies at the Treasury Attorney General’s Office. She focused her practice on international investment arbitrations and controversies pending before foreign courts. Before joining the public sector, Natalia worked at a leading law firm in Argentina, Bomchil, as an associate attorney in its Litigation, International Arbitration, and Economic Regulation Departments. She counseled and represented private parties across a variety of fora.

In addition to the Impact Scholarship, Natalia received the Dean Scholarship and the Fulbright Scholarship with the Ministry of Education of the Argentine Republic. At NYU, Natalia will undertake the LL.M. in International Legal Studies. 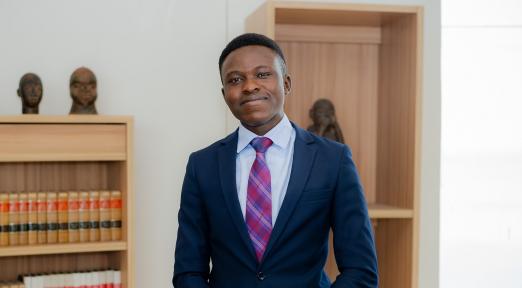 Before joining NYU for his LLM program, Abiodun attended Osun State University, Nigeria and the Nigerian law school. At Osun State University where he obtained his LL.B degree in 2016, he graduated as the best law student with First Class honors and received many awards. At the Nigerian law school, he also graduated with First Class honors in 2017.

During his undergraduate years, Abiodun devoted substantial time to the study of Energy Law. Specifically, he focused on the rights of indigenous people over natural resources and how natural resources in Nigeria could be optimally managed and commercialized for the benefits of all Nigerians.

Following his successful study at the Nigerian Law School and upon being called to the Nigerian bar, Abiodun joined one of Africa’s leading law firms, Olaniwun Ajayi LP,as an associate. He advised on many transactions, significantly those related to foreign investment in the Nigerian energy industry and concessions of mining assets by the Nigerian government. Recently, Abiodun worked with private sector initiatives set up to assist the Nigerian government and people in the fight against the coronavirus pandemic. 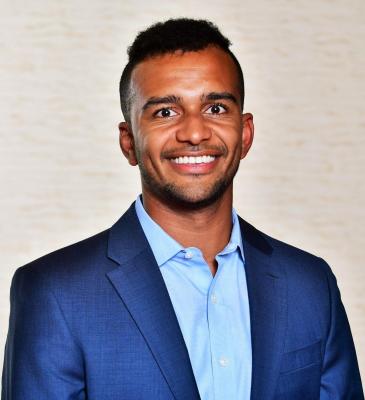 Logan joined NYU Law School after four years in Washington, DC, as part of Deloitte Consulting’s Government and Public Sector practice. In his work as a strategy consultant, Logan supported government clients and socially-minded private sector clients as they developed new products, revised business strategies, and worked to bolster their impact on end-users. Logan is especially proud of opportunities he had to work with social entrepreneurs in Uganda, India, and Chile. Each of these projects demonstrated the immense creativity of entrepreneurs around the world, in addition to the potential for the public and private sectors to collaborate for productive outcomes.

Prior to Deloitte, Logan taught 6th-grade English in Houston, Texas, through Teach for America. His students were thoughtful and curious, seizing upon opportunities to read and discuss texts that tackled topics of interest and significance to their lives. In addition to teaching, Logancoached the 7th-grade football team, community organized through Leadership for Educational Equity and Black Lives Matter, and explored Houston’s taco scene.

Logan attended Tufts University for his undergraduate degree and is a proud Chicago native. In his spare time, he reads about housing policy, plays rugby, and has a fledgling collection of comic books. 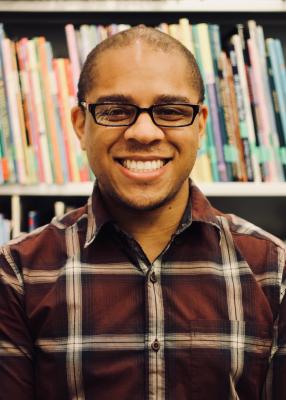 Michael was born and raised in the Philadelphia area, and graduated from the University of Pennsylvania with a degree in English concentrating in Medieval Literature. Prior to law school, he worked as an editor for several major publishers in New York. At NYU he holds leadership positions in several student groups including First Generation Professionals (President), Health Law and Policy Society (Treasurer), and the Social Enterprise and Start-Up Law Group (Alternative Break Co-Chair), and is a member of both BALSA and OUTLaw. He spent his 1L summer at Cleary Gottlieb, and will spend his 2L summer splitting between Cleary Gottlieb and White & Case. 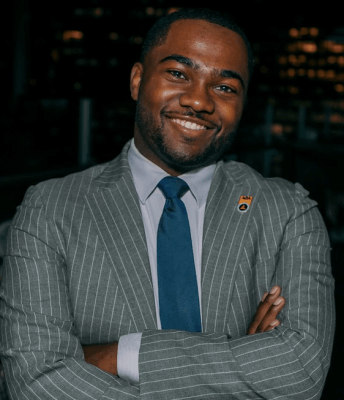 Hailing from Chicago's South Side, Riley is a 3L and social entrepreneur with a passion for creating pathways to opportunity. In 2015, he co-founded Bloc, a company using emerging technologies to prepare young people for the future of work. He was recognized by Forbes as a  30 Under 30 Social Entrepreneur in 2019. He holds a B.A. in Political Science and American Studies from Columbia University. 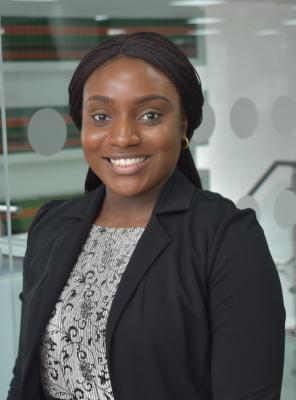 Viola received her LL.B. degree with First Class Honors from the University of Nigeria in 2016. She received the prize of the Best Graduating Student of the Faculty of Law, as well as other academic and leadership excellence awards. In 2017, she received a First Class Honors from the Nigerian Law School and was the second recipient of the Stephenson Harwood LLP award for the Best Graduating Student of the Nigerian Law School.

Prior to commencing her LL.M at NYU, Viola was an associate in the Energy and Natural Resources practice group of Banwo & Ighodalo, a tier one commercial law firm in Nigeria, where she advised a wide array of public and private sector clients on a broad range of legal transactions relating to the structuring of investments and transactions in the upstream, midstream and downstream sectors of the Nigerian oil and gas industry. She has also done considerable work in the development of renewable energy in Nigeria. Also, Viola had a brief stint at the London offices of the prestigious Stephenson Harwood LLP. In her spare time, Viola mentors law students.

As the inaugural Grunin Impact scholar, Viola is pursuing an LLM in Energy and Environmental Law at NYU. 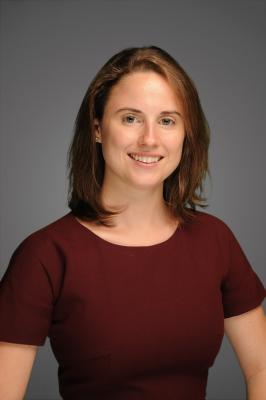 After graduating from the University of Pennsylvania in 2010, Eliza moved to Prey Veng, Cambodia where she conducted a research project on rural women’s health and sanitation.  She then moved to Thailand to work for the EarthRights School Myanmar.  It was this experience that first sparked her interest in business as a tool for social change.  She built upon that interest by training social entrepreneurs in Cambodia. She received her JD/MBA from NYU. During school she was involved in the Social Enterprise and Start-up Law Group, the Sustainability and Social Impact Association and wrote her substantial writing paper on economic incentives for impact as a form of mission lock in private equity deals. She spent her 1L summer at Comar law, creating model investment terms for impact investments.  She spent both her 2L and 3L summers at Goodwin Procter in San Francisco and will return there as a full time associate in the fall.