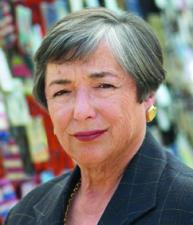 Sheila L. Birnbaum ’65 is a co-chair of Dechert’s product liability and mass torts practice and focuses on complex product liability, mass torts and insurance litigation. She is one of the country’s preeminent product liability defense lawyers, having served as national counsel or lead defense counsel for numerous Fortune 500 companies in some of the largest and most complex tort cases in the United States. Prior to joining Dechert, Birnbaum was co-chair of Quinn Emanuel Urquhart & Sullivan’s global product liability and mass torts practice and chair of Skadden, Arps, Slate, Meagher & Flom’s product liability group. A trailblazer for women in the legal profession, Birnbaum is also a former NYU Law professor and associate dean of the graduate division and was the first tenured woman professor of law at Fordham University Law School. She was honored in 2008 with NYU School of Law’s Vanderbilt Medal, the highest honor bestowed on an alumna or alumnus. In 2011, Birnbaum was also appointed special master of the September 11th Victim Compensation Fund. In 2017, she was honored with the Judge Edward Weinfeld Award, which recognizes distinguished alumni who graduated from the Law School 50 or more years ago. Birnbaum is also the 2018 recipient of the Law Women Alumna of the Year Award, which is awarded annually to outstanding alumnae who are groundbreakers in the field of law. 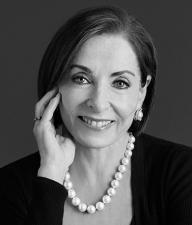 Sara Moss ’74 is Vice Chairman of The Estée Lauder Companies. In her role, Ms. Moss serves as a senior advisor to the Board of Directors, Executive Management and the Lauder Family. She is a leader of the Sustainability Executive Committee. She co-leads the Women’s Leadership Network (WLN) and works collaboratively with senior leaders and others across the organization to drive the company’s Women’s Leadership initiatives and Governance pillars. Ms. Moss previously served as Executive Vice President and General Counsel at The Estée Lauder Companies for 16 years, where she was responsible for the company’s worldwide Legal and Global Security Functions. Before joining the company, Ms. Moss was Senior Vice President and General Counsel at Pitney Bowes Inc. Prior to that, she held legal leadership roles in the public and private sectors. Ms. Moss was a law clerk to the Honorable Constance Baker Motley, U.S. District Judge in the Southern District of New York. She then served as an Assistant U.S. Attorney in the Southern District of New York. She was a litigator at Davis Polk & Wardwell and then litigation partner at Howard, Darby & Levin (now Covington & Burling). She serves on the NYU School of Law Board and other distinguished boards. She has been recognized with many honors, including the New York Law Journal Lifetime Achievement Award, the Legal Aid Society Servant of Justice Award, the Chambers Outstanding In-House Lawyer of the Year Award, the NOW Legal Defense and Education “Aiming High” Award, and the NYU Outstanding Alumna Award. 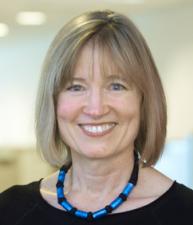 Jeannie Forrest is a business coach who works with executive- and senior-level administrators. She previously served as vice dean for development and leadership initiatives at NYU Law, where she held several positions since she started as the coordinator for the Institute of Judicial Administration in 1994. In 2010, she became vice dean, where her primary focus was on developing synergies and collaborative communication among school-wide departments, with the aim of transforming the student, graduate, and administrative experience. She is a frequent consultant on issues of organizational effectiveness, communication, and emotional intelligence for institutions and corporate entities in a number of fields, including medicine, law, and finance. Forrest completed her undergraduate degree in communication theory at the University of Utah and received her PhD in counseling psychology at NYU Steinhardt. She is a member of the International Coaching Federation.