At the time of its award, Wilf Hall was one of just six new buildings in New York to receive LEED Platinum certification. In addition to new green buildings and interiors, the University is powered by a super-efficient co-generation power plant.

Learn more about our buildings below: 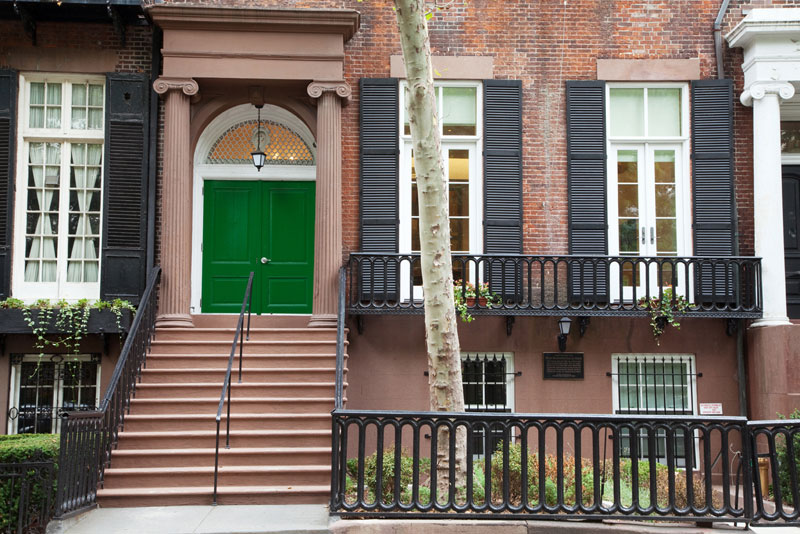 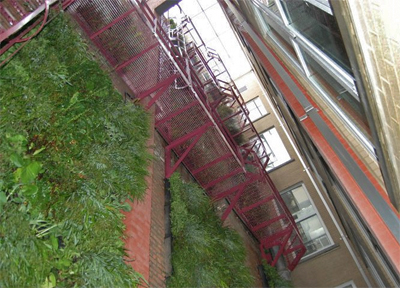 Renovations to 22 Washington Square North began in June of 2008 and were completed by August of 2009. Architects for the renovations were Morris Adjmi Architects, a New York City based architecture and interior design firm. The building, containing a vertical garden of ornamental grasses, ferns, flowering perennials, and evergreen ground covers, was awarded Leadership in Energy and Environmental Design (LEED) Silver Designation from the US Green Building Council (read more). The green wall is set in a small outdoor courtyard and can be enjoyed from the inside via the interior offices of the five-story building which overlook the vegetation as well as a glass elevator that boasts a garden view. The wall helps clean outside air of pollutants, offsets the carbon footprint of people and fuel emissions, acts as a sound proofing, and provides a natural filter for water that flows through it. 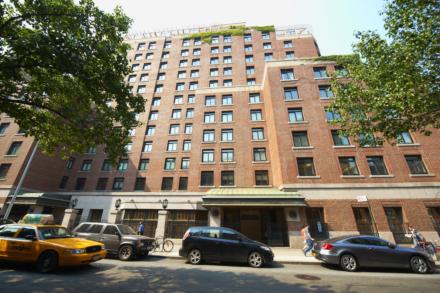 Named after alumnus and donor Filomen D'Agostino '20, D’Agostino Hall is located at the corner of West Third and MacDougal Streets directly behind Vanderbilt Hall, and houses NYU Law students, faculty, and administrative offices. The building houses several administrative offices (listed below), as well as Martin Lipton Hall, the Faculty Club, the Commons computer lounge, terraces on the twelfth and fourteenth floors, and the offices for the student journals. 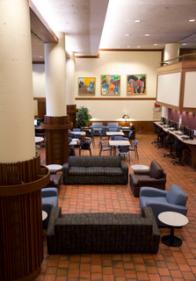 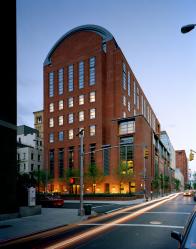 Furman Hall, named for alumnus and donor Jay Furman, opened in January of 2004. Located on West Third Street between Sullivan and Thompson streets, Furman Hall connects to Vanderbilt Hall through the library, part of which is under Sullivan Street. The building contains numerous administrative offices, classrooms, lounges, two floors of clinics comprising the Jacob D. Fuchsberg Clinical Center, and the Wachtell, Lipton, Rosen and Katz Café.

The groundbreaking ceremony for Furman Hall took place on September 28, 2001, just 17 days after the attack on the World Trade Center. Furman Hall was the first construction project begun in Manhattan following the September 11 terrorist attacks and the first new academic building at NYU Law in more than 50 years.

Hayden Hall, opened in 1981 and located at the corner of West Third and Mercer Streets and just a few minutes’ walk from the Law School, houses NYU Law students, faculty, and administrators. The building features a terrace, game room, laundry rooms, computer and study rooms, a business center, and a TV room, as well as the offices of the student organizations. The building is formerly known as Mercer Residence.

The Broadway Central Hotel (originally the Grant Central Hotel) once sat where Hayden Hall now stands. Built in 1870, it was the largest hotel in the world, eight stories and containing 400 rooms. Being located in a prime entertainment district, it was a luxury hotel. By the 1970s, the Broadway Central Hotel went from luxury to sleazy, and by the 1970s the building became a flophouse called the University Hotel. In 1973, under disrepair, a wall collapsed resulting in the demolition of the building. (Ephemeral New York Blog) 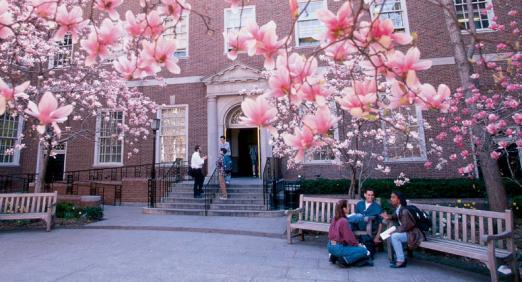 Vanderbilt Hall, named for Arthur T. Vanderbilt who served as Dean from 1943-1948, is considered the center of the Law School campus.

The building is located on the south side of Washington Square Park and occupies the entire block between West Third Street and Washington Square South between MacDougal and Thompson Streets. The first floor holds Tishman Auditorium, Greenberg Hall, Kushner Student Lounge, and the main entrance to the Library. The second floor contains classrooms and Golding Lounge and Café, while the third and fourth floors contain faculty offices and the Office of the Dean.

Wilf Hall was named after Law School Trustees and partners in real estate development firm Garden Homes, Leonard Wilf LLM ’77 and Mark Wilf ’87. They generously underworte Wilf Hall, which opened in October 2010. The cousins’ gift is one of several important contributions the Wilf family has made to the Law School. Located at 139 MacDougal Street in the heart of Greenwich Village, Wilf Hall is a gathering place for scholars and houses a dozen centers, programs, and institutes, along with an admissions welcome desk on the first floor and admissions offices and offices for academic fellows below.

Wilf Hall has attained a LEED Platinum Standard rating, the highest certification of the US Green Building Council’s Leadership in Energy and Environmental Design. Wilf Hall was evaluated in five categories, including water and energy efficiency, indoor environmental quality, and innovated design. Notable features of the building include bicycle storage and showers for commuting riders, as well as a green roof and two planted terraces. The green roof, covering 50% of the building, features local grasses, ferns, and trees, which help to insulate the building and filter pollutants out of rainwater. The terraces on the second and sixth floors offer walking paths, enclosed by perennials and grasses.

The building also contains the Provincetown Playhouse. Established in the 1920s, the playhouse premiered many of Eugene O’Neil’s plays and continues as a working theatre run by the NYU Steinhardt School of Education to hold classes, readings, and storytelling evenings.

Submit a Work Request for an academic building or residence hall here.