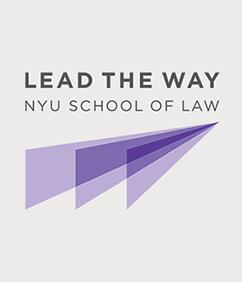 Dean Trevor Morrison today announced that NYU Law’s Lead the Way capital campaign, which concluded in August 2021, has raised more than $540 million, exceeding its initial $450 million fundraising goal and ensuring the strength and vitality of the Law School for years to come.

“The unprecedented success of our Campaign affirms the excellence of NYU Law and provides a tremendous investment in its future,” says Morrison. “The generosity of our alumni and other supporters will help NYU Law to remain a true leader in legal education, with an outstanding faculty that prepares our students to be at the forefront of the legal profession, addressing the most pressing issues of our time. We are deeply grateful.”

Funds raised by the Campaign will be used for a range of purposes, including to advance the goals identified in the Law School’s 2016 Strategic Plan: ensuring student success, extending NYU Law’s long tradition of innovation in legal education, and fostering diversity and inclusion in the Law School and the legal profession.

Increasing the financial accessibility of an NYU legal education has been a top priority. Since 2012, the year before the Campaign began, the Law School has doubled the percentage of incoming JD students receiving scholarships from 32.5 percent to 66 percent. The total number of JD and LLM students receiving financial aid increased from 593 in 2012 to 986 in 2021. During the course of the Campaign and through the generous support of alumni and friends, NYU Law added 82 new named JD and LLM scholarships. The Furman Public Policy Scholarship Program and Desmarais Law and Technology Scholarships were launched, while new scholarships have been created and deepened within existing programs such as the Root-Tilden-Kern Public Interest Scholarship Program, the AnBryce Scholarship Program, the Mitchell Jacobson Program in Law and Business, the Hauser Global Scholar Program, the Arthur T. Vanderbilt Scholarship, and the John Sexton Scholarship. 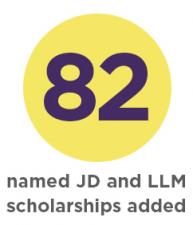 The Law School has deepened its commitment to preparing students for work in the public interest. It has increased the size of the summer stipends provided by the Public Interest Law Center for first- and second-year students working in public service. And the Law School has significantly enhanced the Loan Repayment Assistance Program (LRAP), which is available to students who accept positions in public service after graduation. Under the new program, called LRAP Plus, most participants with an annual salary of up to $100,000 have no monthly payment on their law school loans. 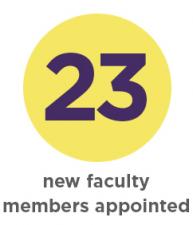 Enhancing the breadth of its faculty, the Law School has appointed 23 new faculty members since the start of the Campaign in 2013, including 17 in tenured or tenure-eligible positions. During the same period, the Law School added 15 new centers and increased support for others, including the Reiss Center on Law and Security, the Peter L. Zimroth Center on the Administration of Criminal Law, the Grunin Center for Law and Social Entrepreneurship, and the Robert and Helen Bernstein Institute for Human Rights. These and other research centers and institutes at NYU Law are engaged in vital policy research and advocacy on a broad range of issues including national security; policing; climate change; corporate finance and governance; race, inequality, and the law; and tax policy, among many others. 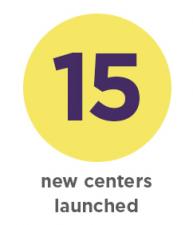 As part of its commitment to diversity, inclusion, and equity, the Law School has added and strengthened programs to examine and combat inequality in the legal profession, and to build networks of support to better prepare students for the job market. At the Center on Race, Inequality, and the Law, experts combine litigation, educational training, and advocacy to combat systemic racism. Through the Birnbaum Women’s Leadership Network, fellows are connected to the Sara Moss Leadership Training Program, networking opportunities, and mentoring programs to help develop leadership skills. Scholarship and outward-facing engagement at the Center for Diversity, Inclusion, and Belonging focus on creating more inclusive organizations.

The Law School remains dedicated to expanding its global programming. In addition to the Hauser Global Law School Program, which provides scholarships, fellowships, and research opportunities to international LLM students, scholars, and faculty, the Law School broadened its global impact through the new Guarini Institute for Global Legal Studies. The Institute includes the innovative Guarini Global Law and Tech Program, which pairs students with externships focused on digital and data policies at international agencies, including the United Nations and World Bank. The Program also supports the NYU Law Abroad Program, which places NYU Law students in semester-long programs abroad in order to expose them to emerging issues in transnational legal practice.

Amid the challenges of the COVID-19 pandemic, Morrison notes, NYU Law alumni continued their strong support, enabling the Law School to respond to new exigencies. The COVID-19 Hardship Fund has provided grants for students in need of food, housing, childcare, educational equipment for distance learning, and other expenses imposed by the pandemic, while the Faculty Excellence Fund has allowed the Law School to continue to recruit outstanding new faculty members.

When NYU Law’s Lead the Way Campaign publicly launched in 2017, its $450 million goal was the largest ever announced by any law school, says Nick Vagelatos, assistant dean for development and alumni relations. Now, he says, no other law school has announced a campaign goal or result that even approaches the more than $540 million raised by NYU Law’s just-concluded Campaign.

“The unprecedented legal issues caused by the pandemic and other major events in the past few years highlight the importance of continued investment in the Law School and its students,” says Vagelatos. “We look forward to continuing to partner with our alumni and supporters to give the future leaders of the legal profession the tools they need to fight injustice and look for creative solutions to the new challenges facing us in the years ahead.”