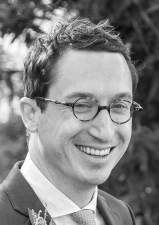 James S. F. Wilson is a Canadian lawyer. He was educated at Harvard College (AB magna cum laude 2000) and the University of Toronto, Faculty of Law (JD 2009), where he was a co-editor-in-chief of the University of Toronto Faculty of Law Review. Before attending law school, Mr. Wilson worked in the book publishing and film industries, in New York, and as a speechwriter to the Rt. Hon. Paul Martin, prime minister of Canada. After graduating from law school, Mr. Wilson completed his articles with the Ontario Ministry of the Attorney General, Constitutional Law Branch, and practiced business and regulatory dispute resolution with a national law firm in Toronto. He is called to the bar in Ontario and New York. Mr. Wilson returned to the University of Toronto, Faculty of Law as a recipient of the Nathan Strauss Q.C. Graduate Fellowship in Canadian Constitutional Law (LLM 2018) before continuing his graduate work in the legal theory program at NYU School of Law (LLM 2019). His doctoral research at NYU is supported by a Social Sciences and Humanities Research Council (SSHRC) Doctoral Fellowship, funded by the Government of Canada.

Mr. Wilson’s research bridges legal and political philosophy and the practice of legal reasoning. He is studying whether respect for dignity may be understood as an organizing idea for Canadian public law, and how this might be reflected in the forms of reasoning that courts and other state actors use to resolve legal disputes.