Peggy Cooper Davis, Director
Peggy Cooper Davis, John S.R. Shad Professor of Lawyering and Ethics, is the director of the Experiential Learning Lab, through which she develops learning strategies for addressing interpretive, interactive, ethical, and social dimensions of legal practice. This work is an extension of her influential scholarship in the areas of constitutional theory, evidence, family law, legal process, social sciences and the law, as well as legal pedagogy. Her civil rights seminar and simulation courses in family practice reflect her commitment to engaging her students in a dynamic and adaptive process that prepares them to think critically about the human dimension of their practice and to lawyer with both skill and interpersonal savvy in their future careers.

Aderson Francois, Associate Director
The Lab's third fellow, Aderson Francois of Georgetown Law, collaborated in the development of an experiential course using narrative and cultural criticism in civil rights lawyering (Critical Narratives of Civil Rights). He also continued work on articles about narratives of and within the U.S. civil rights movement: To Make Freedom Happen, 34 Northern Illinois University Law Review 529 (2014); Borne Back Ceaselessly into the Past, 21 George Mason Law Review 313 (2014); and a book (still in progress) about experiential learning methods. His work as a fellow evolved into a permanent, ongoing role as Associate Director of the Experiential Learning Lab.

Danielle Davenport, Associate Director
In the 2014-2015 academic year, Danielle Davenport collaborated in developing and refining the simulations in Family Practice and conducted research with Professor Davis on the role of inter- and intrapersonal dynamics in simulated professional interaction. Last year, this work evolved into an article (still in progress) entitled “Beyond Microaggression and Beyond Words: A Case Study in Simulated Legal Practice.” In the current academic year, she has continued work developing the simulations for the Professional Responsibility in Family Practice course. 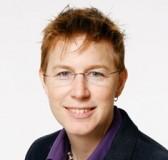 Kris Franklin
The Lab’s first fellow, Professor Kris Franklin of New York Law School, worked during the Fall of 2010 to complete The Lawyer's Practice, an innovative case file providing materials for students to work in role as attorneys, as they learn and master the primary skills needed for the practice of law. The file is equally suitable for first-year legal practice/legal writing classes or upper-level simulation courses focused on interviewing, counseling, negotiation or pre-trial litigation. Chapters of the text are scaffolded on students’ own work and critical reflection, permitting students to develop a confident sense of professional identity while they see the results of their efforts play out as the case develops. 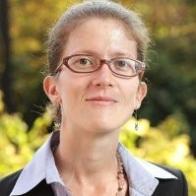 Anna Roberts
In the 2015-2016 academic year, Anna Roberts, worked to develop a mixed-media course in Criminal Procedure, and to develop experiential components of an Evidence course.

Colin Starger
During the Summer of 2014, Colin Starger worked on the development of an electronic system for mapping Supreme Court doctrine and collaborated in writing about the mapping system’s use in tracing the evolution of federalism doctrine in civil rights cases, and in experiential pedagogy.

During the Spring of 2014, Meredith Johnson Harbach collaborated on the development of the Family Practice simulation. 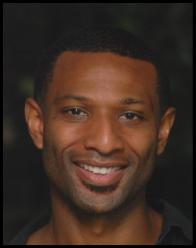 James Webb
The Lab’s second fellow, performer, playwright, and educator James Webb, worked during the Spring of 2011 on an article, Learning From Dramatized Outcomes, describing the uses of critical pedagogy and educational theater in legal education.