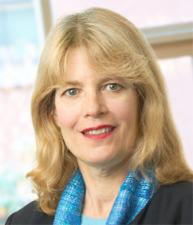 Jennifer Arlen '86 is the Norma Z. Paige Professor of Law at New York University School of Law and is the founder and Director of the Program on Corporate Compliance and Enforcement. She also is the Director of the Center for Law, Economics and Organization. She teaches Business Crime, Corporations, a seminar on Corporate Crime and Financial Misdealing: Legal and Policy Analysis, and the Colloquium on the Economic Analysis of Law. She also has taught Securities Fraud Litigation and Torts.

Professor Arlen's scholarship focuses on corporate liability, experimental economics, and medical malpractice. Professor Arlen has published over 35 articles and book chapters in leading scholarly publications, including the RAND Journal of Economics; Journal of Law, Economics and Organization; Journal of Legal Studies; Journal of Law and Economics; the Yale Law Journal; and the New York University Law Review. She has had three articles selected as one of the 10 best articles in corporate and securities law of the year. She edited the Research Handbook on Corporate Crime and Financial Misdealing (2018) and Research Handbook on the Economic Analysis of Torts (2013). Her corporate liability scholarship includes theoretical and empirical analysis and focuses on how to structure individual and corporate liability for securities fraud and corporate crime to deter corporate crime.

Professor Arlen earned her BA from Harvard University (magna cum laude in Economics) and earned both a JD (Order of the Coif) and a PhD in Economics from New York University. She also clerked for the Honorable Phyllis Kravitch of the US Court of Appeals for the Eleventh Circuit. She has been a visiting professor at Harvard Law School (fall 2006), Yale Law School (2001-02), California Institute of Technology (winter 2001), and USC Law School (1993-94). She also has taught one week graduate courses abroad including in Corsica, Gerzensee, Milan, and Hamburg. Prior to coming to NYU, she was the Ivadelle and Theodore Johnson Professor of Law and Business at USC Law School. 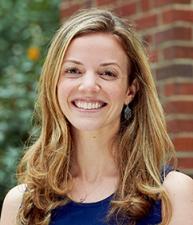 Alicyn Cooley is the Executive Director of the Program on Corporate Compliance and Enforcement and an Adjunct Professor of Law at New York University School of Law, where she teaches courses on Corporate and White-Collar Crime and Sentencing. Cooley joined PCCE after serving for seven years as an Assistant U.S. Attorney in the U.S. Attorney’s Office for the Eastern District of New York, most recently as Deputy Chief of the Business and Securities Fraud Section. In that role, she led and supervised investigations, prosecutions, and trials of securities fraud, investment adviser fraud, health care fraud, tax fraud, money laundering, and Foreign Corrupt Practices Act violations. She also investigated, tried, and argued the appeals of multiple murder and racketeering cases involving organized and violent criminal enterprises. 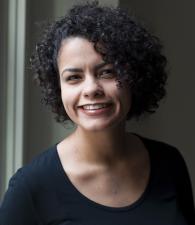