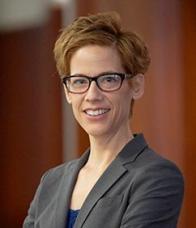 Margaret Satterthwaite’s research interests include economic and social rights, human rights and counterterrorism, and methodological innovation in human rights. Satterthwaite graduated magna cum laude from NYU School of Law in 1999 and served as a law clerk to Judge Betty B. Fletcher of the US Court of Appeals for the Ninth Circuit in 1999-00 and to the judges of the International Court of Justice in 2001-02. She has worked for a variety of human rights organizations, including Amnesty International, Human Rights First, and the Commission Nationale de Verité et de Justice (Haitian Truth and Justice Commission), and has authored or co-authored more than a dozen human rights reports. She has engaged in human rights work in places such as Guyana, Haiti, Nigeria, Northern Ireland, the United States, and Yemen. Satterthwaite has served as a human rights consultant and advising expert to UN agencies and special rapporteurs and has been a member of the boards of directors of several human rights organizations, including Amnesty International USA, the Global Initiative on Economic and Social Rights, and Digital Democracy. She serves as a member of the Africa Council to the ABA's Rule of Law Council. 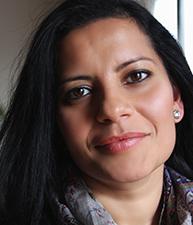 Sukti Dhital is a human rights lawyer and the Executive Director of the Robert and Helen Bernstein Institute for Human Rights at NYU School of Law, a human rights center dedicated to advancing legal empowerment and defending dissent through participatory research, education, and advocacy. She also serves as a Supervising Attorney with the Global Justice Clinic at NYU Law, where she oversees legal empowerment projects spanning jailhouse lawyers and immigrant rights. Previously, Sukti was the Executive Director and Co-founder of Nazdeek, an award-winning legal empowerment organization committed to bringing access to justice closer to marginalized communities in India. She worked closely with affected communities and social movements to advance human rights through a community-driven approach, with a focus on indigenous and Dalit women. Prior to Nazdeek, Sukti was the Director of the Reproductive Rights Unit at the Human Rights Law Network, India and assisted in securing landmark social and economic rights judgments including the first decision in the world to recognize maternal mortality as a human rights violation and to award constitutional damages. She has also worked at the American Civil Liberties Union’s Reproductive Freedom Project and as an appellate litigation associate at the firm of Bingham McCutchen LLP. Sukti received her BA from the University of Michigan and her JD from Northeastern University School of Law. 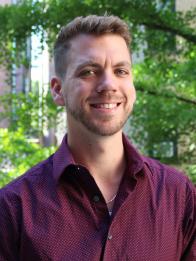 Tyler Walton is the inaugural Tuttleman Legal Empowerment Fellow at the Robert and Helen Bernstein Institute for Human Rights at NYU School of Law. As a fellow, he works on legal empowerment, researching and co-developing strategies with affected community members to access and exercise their rights and shift power paradigms back towards communities and individuals. Prior to joining the Bernstein Institute, Tyler was a fellow at the Southern Africa Litigation Centre where he led the program on freedom of expression, working to combat closing civic spaces in southern Africa and address new human rights issues caused by the rise of the Internet and digital technologies. He also served two years as a Peace Corps Volunteer in Malawi developing participatory community health programs to advance gender equality, access to safe drinking water, and HIV prevention and mitigation. Tyler received his BA from the University of Missouri and his JD from NYU School of Law, where he was a Root-Tilden-Kern Public Interest scholar. 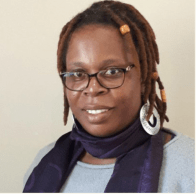 Melania Chiponda is a development expert and researcher who identifies as an African Feminist with a passion for use of liberating participatory methodologies for women and other groups who are pursuing justice and equity in various spaces. Melania’s research approach is embedded in participatory action approaches which bring out the grassroots people’s experiences, stories and struggles, and is oriented towards evidence based advocacy and people-driven reforms that go beyond short-term reformism to contribute towards the longer-term structural changes that are required to ensure economic and development justice. Melania is currently a Doctoral Student in Development Studies with a MSc in Development Studies. 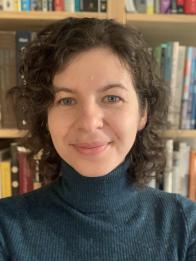 Emese Ilyes is a critical social psychologist whose scholarship excavates the history of constructs that group people into categories. Her research, writing, and organizing has sought to understand the systems that define capacity and impose labels like intellectual disability on select bodies and minds. As an educator and researcher - working with participatory methodologies that make room for poetic and non-textual ways of knowing -  she continues to work in collaboration with communities who most deeply understand structural violence and who can most clearly articulate visions of a just world. With this commitment to participatory methodologies led by those most impacted, Emese continues to work in solidarity with communities to interrogate systems of power and to name radical possibilities. 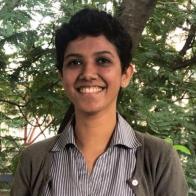 Deekshitha Ganesan is an LLM student at NYU Law and a human rights lawyer from India. Prior to the LLM, Deekshitha worked with an NGO in Bangalore on equality and non-discrimination issues, particularly on the rights of transgender persons and persons with disabilities. Deekshitha is also a member of the team that manages the Detention Solidarity Network, an online platform that seeks to critically engage with the carceral state in India and build public awareness on issues of detention, custodial violence, and prison reform. At NYU, she is focusing on international human rights and criminal justice. 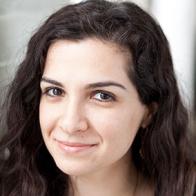 Maryam Jamshidi is an Assistant Professor of Law at the University of Florida, Levin College of Law, where she teaches courses on national security, torts, public international law, and human rights. Maryam's research focuses on national security's relationship to private law and democratic theory and movements. One strand of her scholarship uses private national security litigation to explore contemporary developments in private and procedural law, and to shed new light on understandings of traditional democratic and constitutional values. The second strand of her research examines how private citizens participate in shaping and challenging the meaning and scope of national security, both historically and at the present moment. 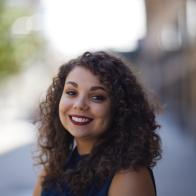 Logan Jacobs is a Haliwa-Saponi & Coharie scholar and the Program Coordinator for the Robert and Helen Bernstein Institute for Human Rights and NYU-Yale American Indian Sovereignty Project at NYU Law. She received her BA from the University of North Carolina, completed a MA in Politics at NYU, and is currently pursuing a MA at NYU Gallatin focusing on the intersection of Indigenous identity, representation, and politics. Logan has worked as an advocate for Indigenous peoples through roles with UNC's American Indian Center, First Peoples Worldwide, and NYU's Office of Undergraduate Admissions. She has created and facilitated trainings around Indigenous identity and experiences in higher education through NYU's Center for Multicultural Education and Programs, as well as with organizations committed to working with Indigenous communities. 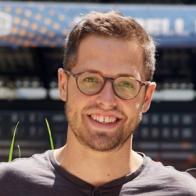 Sean is a 3L student at NYU Law. Before law school, he spent two years In Washington D.C. working for the Friends Committee on National Legislation and the Center for the Prevention of Genocide. In those roles he lobbied the White House and Congress to decrease the military budget and increase peacebuilding efforts in Iraq and Syria. After that he moved to New York and worked for the Institute of International Education and RIF Asylum Support, where he focused on refugee resettlement and services for asylum seekers. In law school he has interned at the Federal Defenders of New York, the Legal Aid Society, and Brooklyn Defender Services. 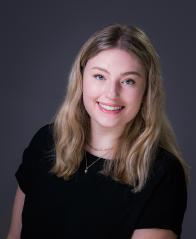 Hailey Corkery (she/her) grew up in Reston, Virginia and graduated from Colorado College in 2020 with a B.A. in Sociology and Feminist and Gender Studies. As a 2L at NYU Law, Hailey is a Staff Editor on the NYU Review of Law & Social Change and a student researcher with the NYU-Yale American Indian Sovereignty Project. She is also on the board of various student groups, including Law Students for Justice in Palestine, Ending the Prison Industrial Complex’s Solitary Confinement Project, and NYU Law’s chapter of the National Lawyers Guild. During her 1L summer, she was an International Law and Human Rights Fellow at National Foundation for India in New Delhi. She will be spending her 2L summer as a Legal Intern with EarthRights International in Washington, D.C. Hailey hopes to use her JD to defend human rights and support grassroots movements through a community-centered approach. 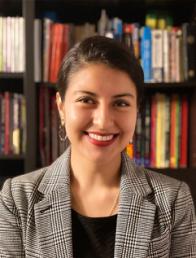 Alejandra is passionate about anti-imperialist, racial, and climate justice. She has worked primarily in the international space with immigrant and racialized communities, women, and children, through advocacy, education, policy and legal research, community-building, and direct services. Alejandra is a Derrick Bell Scholar, an NYU Social Sector Leadership Diversity Fellow, a Book Annotations Editor for the Journal of International Law and Politics, and a Global Justice Clinic Student Advocate. After graduation, she will be a Masiyiwa-Bernstein Fellow with the Global Justice Clinic. 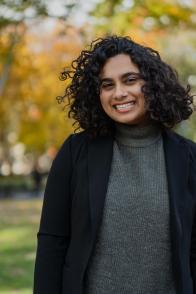 Jahnavi J. (she/they) is a 1L from Memphis, Tennessee who is interested in using her law degree to support environmental justice work and prison and police abolition. She got her bachelor's degree in Policy Studies, Sociology, and Ecology and Evolutionary Biology at Rice University in Houston, Texas, then worked in Houston as a field organizer for a senate campaign in 2018. She then researched criminal justice policy at the Urban Institute in Washington, DC until moving to New York for law school. She is a singer and visual artist, working in digital and physical media, and enjoys partnering with local creative collectives. She hopes to use her law degree to support radical movements working to dismantle harmful systems and prioritize community care, appreciation for the natural world, and creative paths to safety. 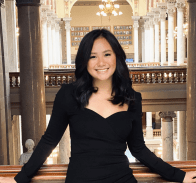 Jillian Jin (she/her) is a 1L at Notre Dame Law School. She graduated from Lewis & Clark College with a B.A. in Sociology and Anthropology, with a minor in Asian Studies. Before law school, she served as a sexual response advocate and conducted research on gender-based violence for a grant given by The Office on Violence Against Women. Afterwards, she worked with Pro Bono Net in NYC to improve remote legal service delivery during COVID-19 as an AmeriCorps VISTA. At Notre Dame Law School, she is currently the President of the Asian Pacific American Law Students Association. Jillian is passionate about increasing access to justice and using her law degree to engage with communities and empower them to understand and shape the law.