Interested NYU Law students will be afforded opportunities to be involved with the program, including practicing advocacy before the United Nations and related organizations.  By giving students the chance to learn and use the skills they need to engage in effective international human rights advocacy relating to China, this program will help launch the next generation of leading human rights advocates.

Sharon Hom, executive director of HRIC, leads the research program. As the executive director of HRIC, she heads HRIC’s human rights and media advocacy, as well as strategic policy engagement with NGOs, governments, and multi-stakeholder initiatives. Hom, professor of law emerita at the City University of New York School of Law (CUNY), taught law for 18 years, including training judges, lawyers, and law teachers at eight law schools in China. She served as a faculty member and director of the China Center for American Law Study in China (1988-2000), and as a member of the US-China Committee on Legal Education Exchange with China (1990-2000). She regularly appears as guest and commentator in broadcast programs worldwide, and is frequently interviewed by and quoted in major print media. In 2007, the Wall Street Journal named her one of “50 Women to Watch.”

Sharon will be teaching a seminar at NYU Law in spring 2017: Human Rights, Civil Society, and the Internet in China.  Space is still available. 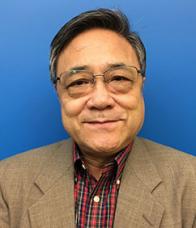 Gao Wenqian graduated from Beijing Normal University in 1982 and is a scholar in Chinese contemporary history. HRIC’s Senior Policy Advisor, Mr. Gao, was previously an Associate Research Fellow and Deputy Editor-In-Chief at the Research Center on Party Literature of the Communist Party of China (CPC) and after coming to the U.S. held visiting scholar positions at the Woodrow Wilson Center, the East Asia Institute at Columbia University, and the Fairbank Center at Harvard University. He is the author of 《晚年周恩来》(Zhou Enlai's Later Years); a critically acclaimed abridged English version, Zhou Enlai: The Last Perfect Revolutionary, was published in 2007. 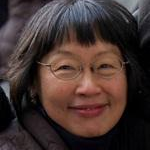 Mi Ling Tsui was previously a documentary producer with 20 years of experience in U.S. network and public televesion.  Many of her projects were China- and Asia-related, including Becoming American: The Chinese Experience, a three-part PBS Bill Moyers series on the history of Chinese in the U.S. 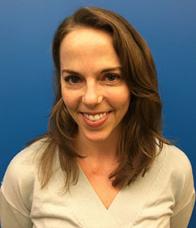 Laura Dow received her M.A. in International Affairs and Chinese studies at The Johns Hopkins University–Nanjing University, Center for Chinese and American Studies. Her thesis focused on Confucius Institutes in Kenya, Tanzania, and South Africa, and their influence on China's soft power. Ms. Dow served in the U.S. Peace Corps in Sichuan, China, from 2006 to 2008. As a HRIC Program Manager, she is responsible for social media, online communications, and impact tracking and analyses. Fluent in Mandarin, she also contributes to translation of legal documents and other texts. 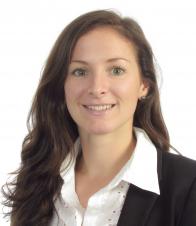 Eleanor received her LL.B (Hons) from the University of Otago in New Zealand in 2011. Eleanor practiced as an employment lawyer in a leading New Zealand firm for three years. She then spent two years living in Shanghai where she worked in the corporate team at a Chinese law firm. Eleanor has also completed internships at the International Criminal Tribunal for the former Yugoslavia and the International Center for Transitional Justice. She received her LL.M. in International Legal Studies from the NYU School of Law in May 2016. While at NYU, Eleanor was selected for the Transitional Justice Leadership Program and was awarded an International Law and Human Rights Fellowship, enabling her to spend three months working for a human rights NGO in Sri Lanka.